While I was a correspondent in Havana, I worked out of a beautiful building called the Lonja de Comercio. It was in Old Havana, a neighborhood that was in constant renovation.
A famed Cuban historian named Eusebio Leal headed the restoration efforts. I had seen him and shook his hand a few times. I had watched as he led such personalities as Fidel Castro, Jimmy Carter and Mexican President Vicente Fox on tours through Old Havana, but I had never interviewed Leal until this week when he visited Flagler College in St. Augustine, Florida.
At 73, he is as interested as ever in historic buildings and monuments. While in Florida, he visited sites linked to the history and heritage of Cuba. He had a packed agenda of meetings, dinners and speeches, but I got the sense that he was more interested in exploring the streets of St. Augustine, driven by the same burning passion for history that has marked his life. 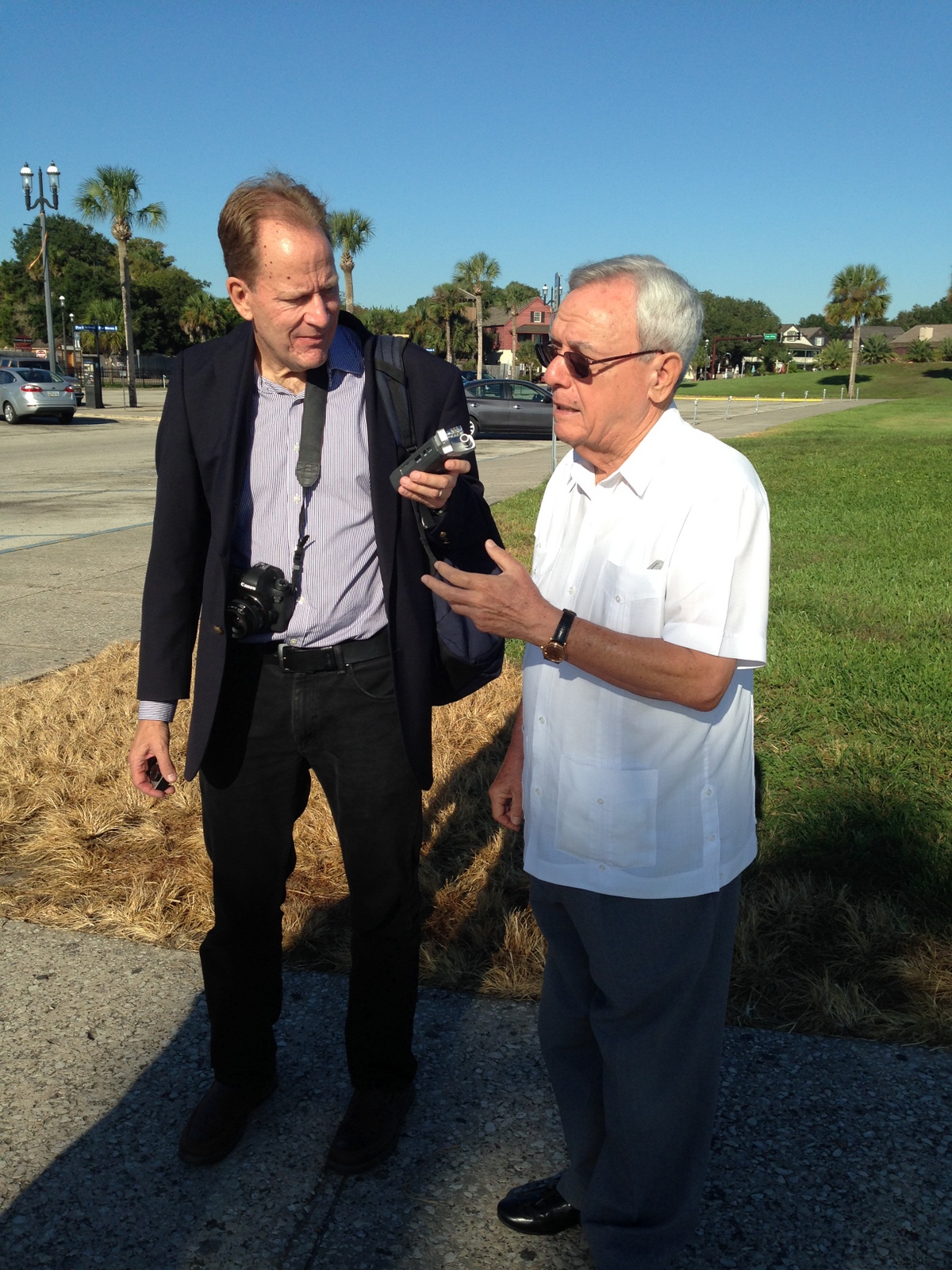 I asked Leal whether he thought the U.S. and Cuban governments would ever resolve their differences, including U.S. accusations of human rights violations in Cuba.
Leal said the United States is far from perfect, but Cuban officials usually don’t dwell on America’s internal problems.

We decline to speak because we believe it would interfere in issues of American life of which we do not participate, but I would say that I also feel, as does President Obama, deep concern about the things that can happen here, like the other day when at that little school many people died, these young victims of a policy that in my opinion is a mistaken interpretation of the law.

Leal was referring to an Oct. 1 incident at a community college in Oregon where a gunman killed nine people. He said:

Cuban officials only want to be treated fairly, he said.

What we do not want is a selective treatment of Cuba.