With his thick mop of red-blond hair, German reporter Volker Handloik stood out in a crowd, not an asset in a country where the Taliban are shooting journalists on sight.
Soldiers killed the 40-year-old free-lancer as he rode atop an armored vehicle that rumbled toward enemy trenches. An Afghan official later retrieved his passport and said impassively:
“His visa’s expired.” 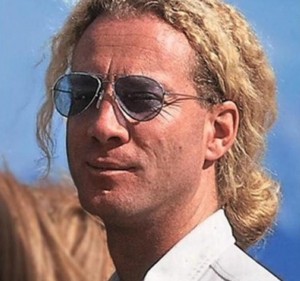 It was a quick, brutish, and unheralded death in a forsaken land that has claimed the lives of seven journalists in nine days.
Mr. Handloik and two other journalists were killed in the same ambush on Nov. 11 near Chaghatai Hill in northern Afghanistan. Four others were executed Monday after an armed gang forced them from two vehicles that were traveling through a narrow mountain pass on the road to Kabul, the capital.
The four were identified as Australian television cameraman Harry Burton and Azizullah Haidari, an Afghan photographer, both of the Reuters news agency; Maria Grazia Cutuli of the Italian newspaper Corriere della Sera; and Julio Fuentes of the Spanish daily El Mundo.
An opposition commander blamed the latest attack on bandits, not soldiers from either side. But an Afghan translator quoted the assailants as telling the victims, “What, you think the Taliban are finished? We are still in power, and we will have our revenge.”
More could die, journalists fear. The Northern Alliance and other anti-Taliban forces have pushed the Taliban out of most of Afghanistan’s cities, though much of the rugged countryside remains a no-man’s land for Westerners.
And some journalists question whether the cities are entirely safe, saying that many Taliban fighters have blended into the civilian population.
“You don’t always know who the enemy is,” said Jon Lee Anderson, an American who has spent nearly 20 years writing about guerrilla forces around the world.
Mr. Anderson, who writes for The New Yorker, is one of thousands of journalists in and around Afghanistan covering the war. They range from combat-tested veterans to jittery, young reporters more accustomed to writing about small-town mayors than grizzled warlords.
Some correspondents are naïve about the dangers, the veterans say. Some have been spotted sitting on the edge of trenches sunning themselves. Others walk along unguarded hilltops even as soldiers yell at them, demanding they seek cover. Still others refuse to budge while snapping photos of soldiers and anti-aircraft guns, not knowing that Taliban snipers could pick them off from a mile away.
“There are loads of inexperienced journalists here,” said Heathcliff O’Malley, a photographer for the London Telegraph. “People think it’s not that dangerous. But it is.”
A pack-journalism mentality drives many, prompting them to take needless risks.
“It’s peer pressure. People see one journalist walking on top of a ridge, and they want to do the same thing, even if it isn’t safe,” said Thomas Dworzak, a photographer who has covered armed conflict in Chechnya, Yugoslavia, Northern Ireland, and elsewhere. “People make mistakes because of other journalists’ misjudgments.”
Some journalists are lulled into a sense of security by opposition commanders, jeep drivers, and translators that they barely know.
Language barriers can be fatal. One photographer recalled telling a translator to tell a driver to avoid mines along one side of the road. The driver immediately swerved toward the mines because he didn’t understand.
What many journalists want is action – and some alliance soldiers gladly supply it. They leap into trenches, run madly for cover, and aim their weapons even when the front lines are quiet. Their commanders politely explain that they are only trying to please the foreign journalists.
And indeed, that kind of “action” is just what some journalists send back to their readers and viewers back home.
Just the other day at a front-line position west of Taloqan, a TV cameraman climbed aboard a Russian-built tank. It moved to the edge of a hill and fired several blasts as the cameras rolled.
A soldier said it was all for show. “The TV crew asked for it.” 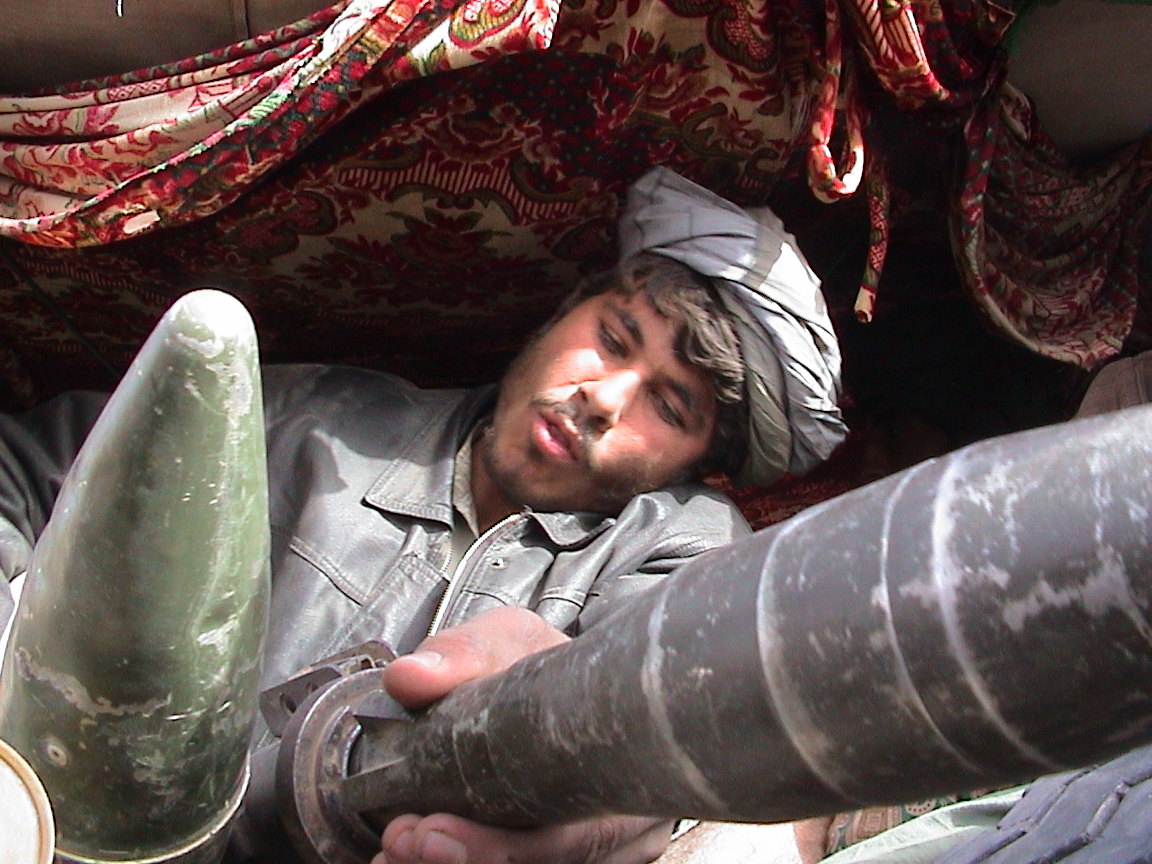 Mr. Handloik, a free-lancer for Germany’s Stern magazine, wanted the real thing, not made-for-TV action, his colleagues say. And after traveling to Afghanistan to cover the war, he began cultivating opposition commanders, getting to know Muhammad Bashir particularly well.
Just after sundown on Nov. 11, Mr. Bashir climbed into an armored personnel carrier. He planned to inspect Taliban positions that were thought to be abandoned. The German asked to go along, Montreal Gazette reporter Levon Sevunts later wrote.
“It might be very dangerous,” Mr. Sevunts quoted the commander as saying. “There are mines near the Taliban trenches, and the Taliban might launch a counteroffensive.”
Mr. Handloik climbed eagerly aboard, witnesses say. At least a dozen other journalists joined him. The vehicle lurched forward and was fired upon. The German was hit and fell to the ground.
Mr. Sevunts, who was also aboard, described what happened next:
“Bullets started ricocheting off the armor; then I heard the familiar sound of a rocket-propelled grenade and caught sight of an orange ball of fire moving fast in our direction. In the fraction of a second it took the rocket to hit us, I remember thinking: ‘If it’s an anti-tank RPG, we’re fried.’ Fortunately, it was an anti-personnel grenade, and it didn’t pierce the armor.”
But two other journalists were also killed – Johanne Sutton, a correspondent for Radio France International, and Pierre Billaud, a 31-year-old with Radio Luxemburg.
Mr. Sevunts wasn’t injured. He wrote that he went along that night because “the temptation of seeing the almost legendary Taliban trenches and bunkers dug into the hill was too strong.”
Mr. Dworzak, the photographer, questioned the wisdom of checking the trenches at night.
“Why do it in pitch dark?” he asked.
Still, he and other journalists say, whether to pursue a picture or a story is something that each journalist has to decide for himself.
“If you don’t want it, don’t ask for it,” Mr. Dworzak said.
About two hours before the three correspondents were killed, another group came under attack nearby.
Gary Scurka, a free-lance producer for National Geographic, was injured.
“All of a sudden, I heard the whistle or whine of a shell. The noise was so loud. It had a ring to it, and everyone knew this one was going to be close,” he recalled while recovering from his wounds in neighboring Tajikistan.
“I dove into a trench, and then there was a horrendous blast. It was over in like a second. As best as I can describe it, it was like being swatted on the legs with a paddle at a fraternity initiation party.”
Several people carried him off the front lines to safety. Shrapnel had torn through his chest, knee, and upper leg.
“It was just weird,” he said. “I thought I had lost my leg. I looked down and saw it was OK.”