I wrote this piece for the Dallas Morning News. It was published on April 29, 1997.

MEXICO CITY – They strip naked during public protests. They chain themselves to buildings. Beat up drunken cops. Chase down rapists. Fed up with a notoriously crooked judicial system, more and more ordinary Mexicans are seeking justice on their own terms.
“True democracy just isn’t possible with an ineffective, unfair system of justice,” human rights worker Alfredo Castillo said.
But reforming the judicial system may be the most difficult part of Mexico’s democratic transition, analysts say.
Drug-related corruption has penetrated the upper reaches of law enforcement despite a dogged cleanup campaign headed by Mexican President Ernesto Zedillo. The judicial system still favors the rich and influential, many Mexicans say. And crime often pays: Only one in 10 killers is ever caught, official figures show.
Some Mexicans believe that fixing the judicial system is a far-off dream. But others say the system is reaching a breaking point, thanks to a surge in people power.
“Never before has the judicial system been under such pressure,” said Adolfo Aguilar Zinser, an independent federal deputy. “The government is being bombarded by disclosures of corruption. The traditional answer is, cover it up at any cost.
“But that’s no longer possible. The authorities have to expose some cases of corruption to give the government credibility. That breaks down internal loyalties . . . and throws the system deeper into crisis. ” Most Mexicans – 95 percent – say that corruption is as bad or worse than it has ever been, according to a poll in Mexico City’s Reforma newspaper. But analysts say people are more determined than ever to clean up the system.
The number of citizens’ groups aimed at such tasks as combating corruption and improving prison conditions has jumped from a few dozen a decade ago to more than 500 nationwide, human rights workers say.
Mexicans “have lost all faith in their government and are looking for an alternative, anything,” said Sergio Aguayo, head of Civic Alliance, one of Mexico’s most influential citizens’ groups.
The attitude toward corruption at the grass-roots level has changed dramatically in recent years, said Rafael Riviera, director of Defense of Prison Inmates, a Mexico City human rights group.
“People are less tolerant of corruption, and they’re more willing to take action,” he said. “We used to call meetings on issues of human rights and justice and almost no one would come.
Now we have meetings and anywhere from 20 to 100 people show up off the streets. ” The number of sit-ins, marches and hunger strikes in Mexico City has jumped from perhaps 10 a week in the 1980s to at least 50 a week, human rights workers say.
And the protests have become more radical, with demonstrators doing everything from shedding their clothes to extracting their own blood to underscore their plight. Or they give up on peaceful protest and join vigilante gangs or rebel groups.
The Popular Revolutionary Army, or EPR by its Spanish initials, says a lack of justice is the No. 1 reason for the group’s existence. EPR members began carrying out attacks on soldiers last year on the anniversary of the police massacre of 17 campesinos in the state of Guerrero.
Despite the rising anger over injustice, many Mexicans are finding that changing the judicial system is extraordinarily difficult. Money and politics often determine who gets justice and who does not. In seeking justice, innocent Mexicans often become the victims.
Consider a few examples: Three years ago a businessman approached Hermenegildo Martinez, 41, of Mexico City and asked him to design and make the molds for the cars used in a carnival ride. He said he did the work but wasn’t paid. When he complained, he said the businessman sued him and later threatened to kill him. Police thought to be in cahoots with the businessman shot at him and looted his home. Mr. Martinez fled.
Later he went to the authorities for help, but they wouldn’t budge unless he bribed them. He now says it was a scam: His fiberglass molds were copied and pirated for profit. And the police were accomplices.
“I was the victim. But they pursued me as if I were a murderer,” he said. “My designs are very original, very traditional. You can’t get them out of some catalog. But ever since I got into this mess, no one will hire me. I used to have six employees. Now I have none. I have to sell my work clandestinely.
All because I complained about not being paid. ” In another case, Roberto Sanchez Torres, 23, his wife and his sister went to a street party in Mexico City in 1995. He got scared when he heard some shots and saw a scuffle between partygoers, so he gathered up his group and ran, his family says. Two people were killed that night. Police arrested Mr. Torres in August 1996 and accused him of murder. 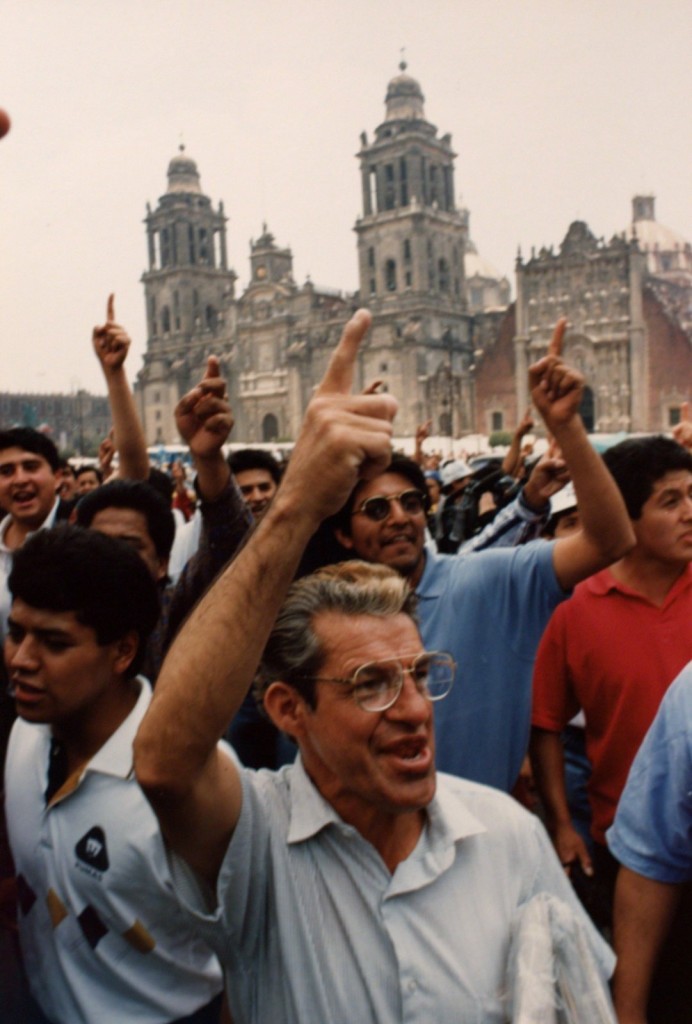