This tiny Huichol village, with its primitive mud and stone huts, sits on a ledge overlooking a breathtaking rock-walled canyon in the state of Jalisco. It’s rugged terrain, an area Philip True once called “John Huston country: a 100-mile swath of big-boned mountains and rolling mesas .” And trekking alone through this land with his backpack, tent and dog-eared copy of Truman Capote’s In Cold Blood was the lanky Texas journalist’s dream.
Mr. True, 50, the Mexico City bureau chief of the San Antonio Express-News , wanted to find out how the region’s long-isolated Huichol Indians were coping with the onslaught of civilization. He hoped to witness the clash of old ways and modern times.
But as one colleague grimly put it, “He was the clash.” 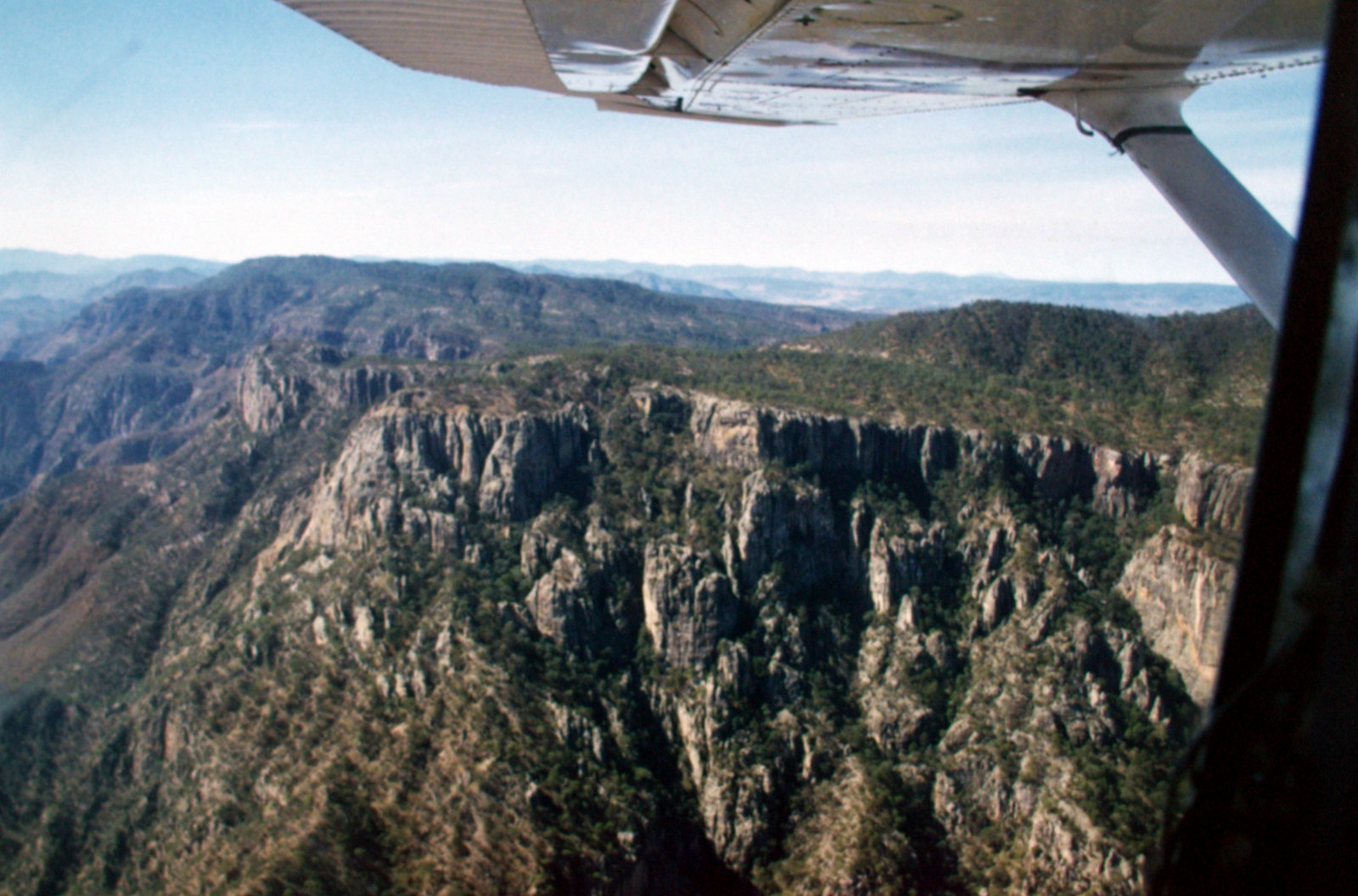 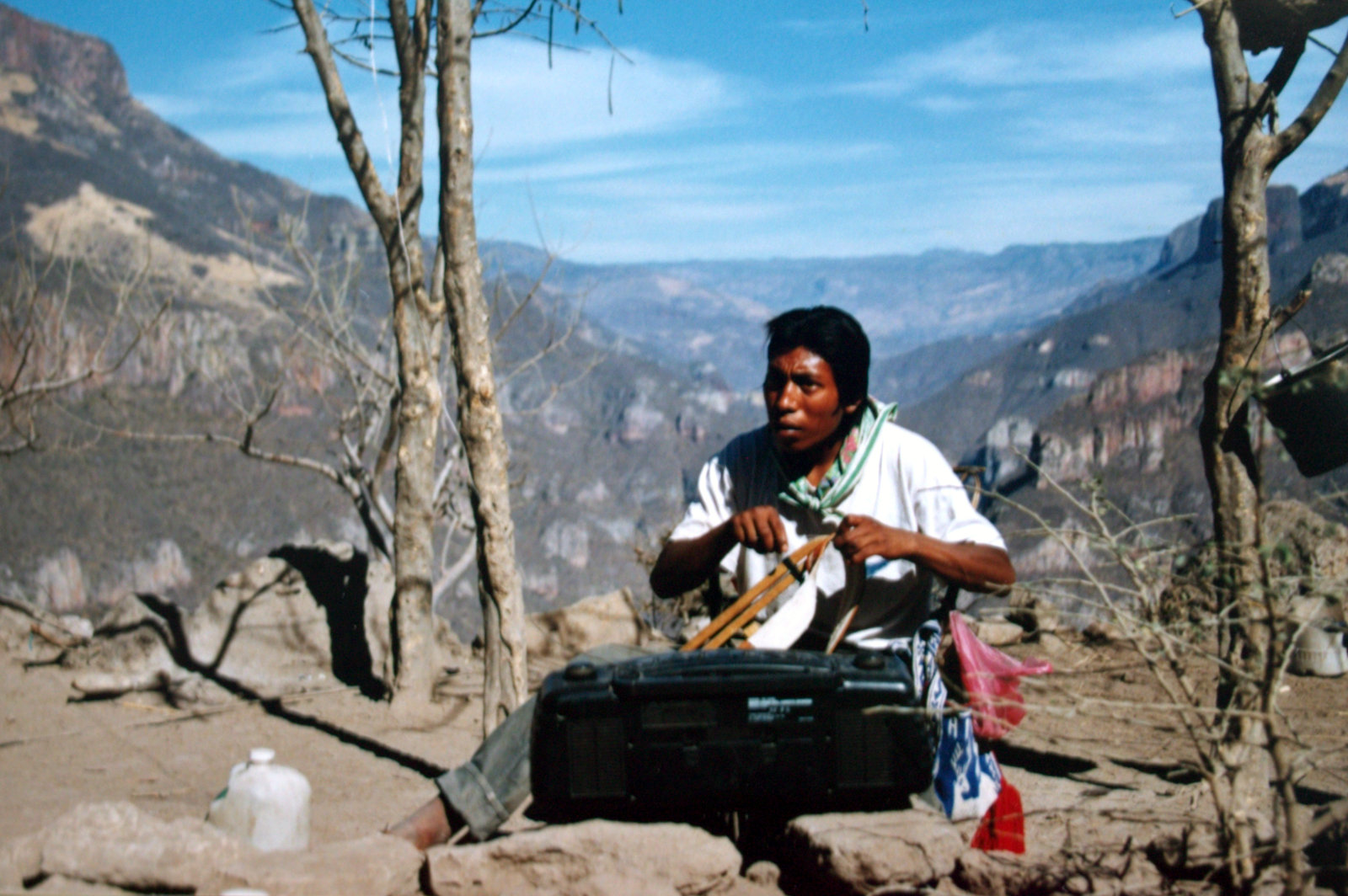 Mr. True’s battered corpse was found buried in a shallow grave near this Huichol village on Dec. 16, triggering a murder investigation full of intrigue, controversy and contradictions.
“It’s such a confounding case,” said Emma Lew, a Dade County, Fla., coroner brought in by the FBI at the request of the Mexican government to witness a second autopsy of Mr. True. “The more you hear about it, the more perplexing it gets.”
Two Huichol Indians – Juan Chivarra, 28, and Miguel Hernandez, 24 – were charged with murder in the case. They are awaiting trial and face up to 30 years in prison. Police are convinced they acted alone and say they consider the case closed. But for Mr. True’s friends and colleagues, the strange saga is far from over.
Troubling questions about the murder remain, they say. The government’s version of what happened only scratches the surface, and some of the culprits may be roaming free.
U.S. officials have no authority to investigate but say they are keenly interested in learning the truth. And editors at the Express-News say they plan to continue digging into the case.
Still, conceded Mr. True’s boss, Fred Bonavita, “We may never know the truth: how and why Philip was killed. It may forever remain a mystery.”
“No permission’
In the back-country village near where Mr. True’s body was found, many of the Indians are unapologetic.
“He had no permission to be here,” said villager Martin Chivarra, a brother of one of the suspects. “It’s like me going to the United States without a passport. “La migra’ [U.S. immigration agents] catch you. They abuse you; they mistreat you. Here, it’s the same.”
The “passport” Mr. True needed to journey through Huichol territory was permission from tribal elders. Without that, some Indians probably thought no one knew he was traveling in the area and decided it was safe to attack him, said Carlos Chavez, director of the Jalisco Association for the Support of Indigenous Groups in Guadalajara. 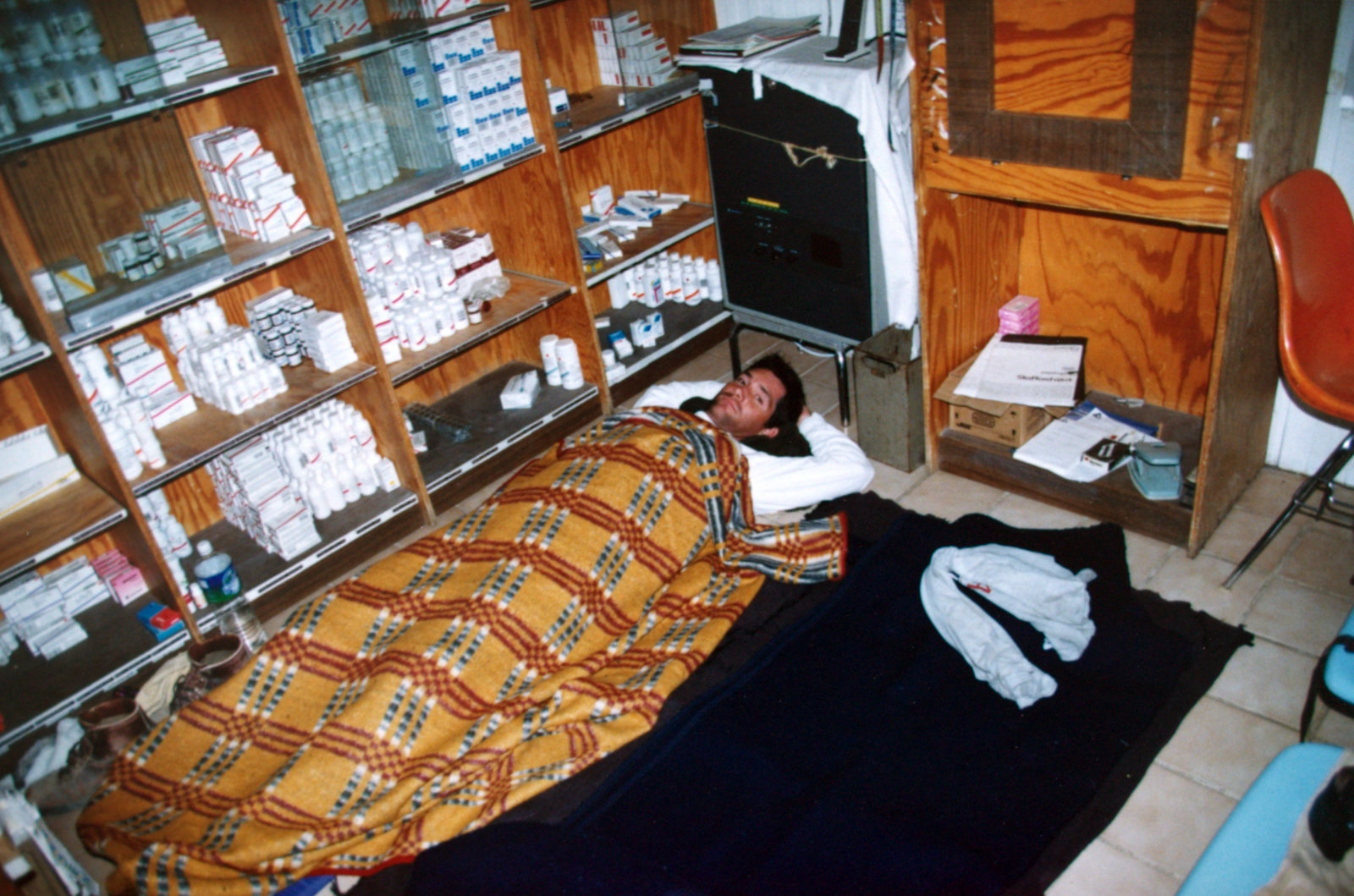 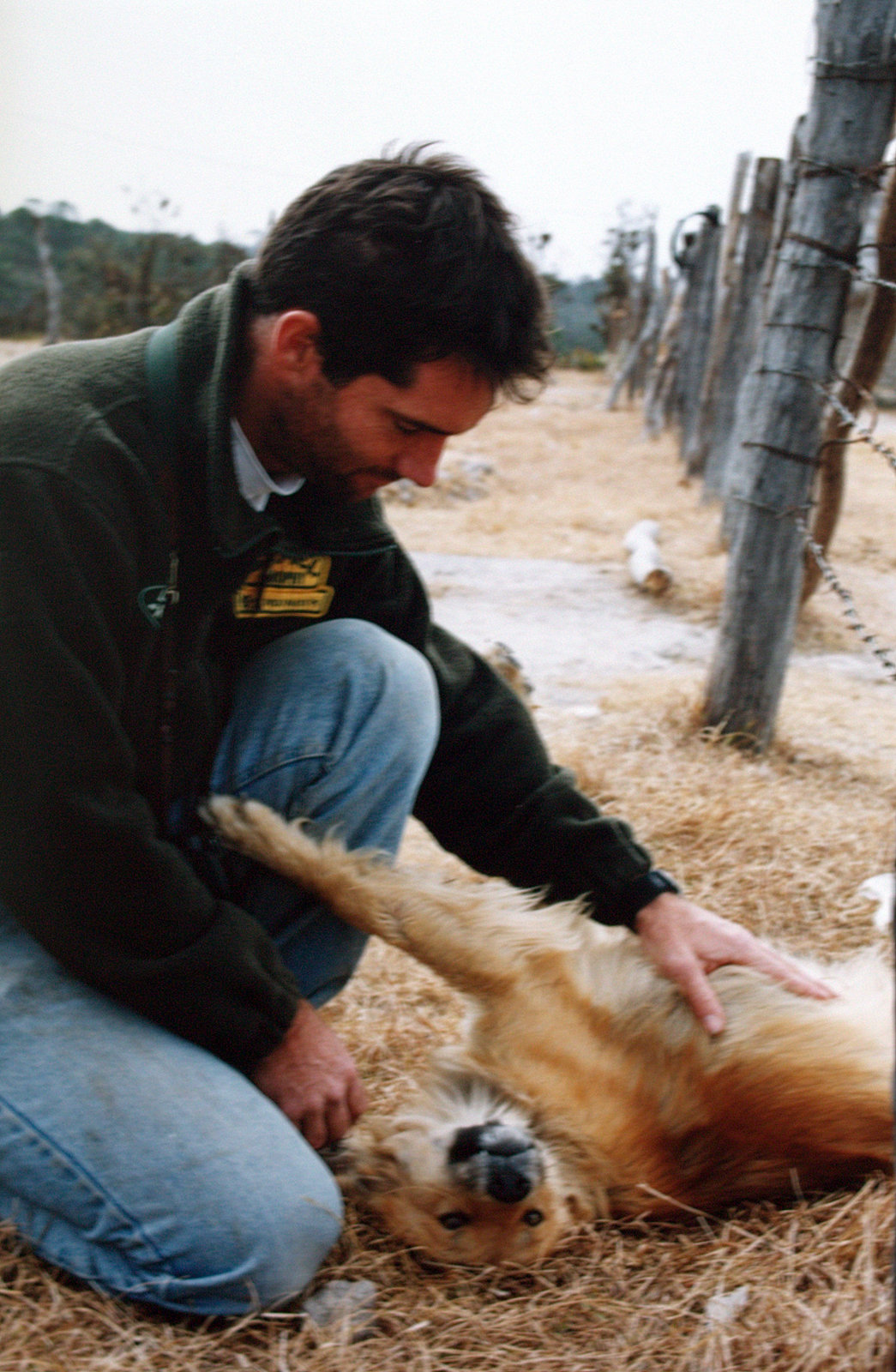 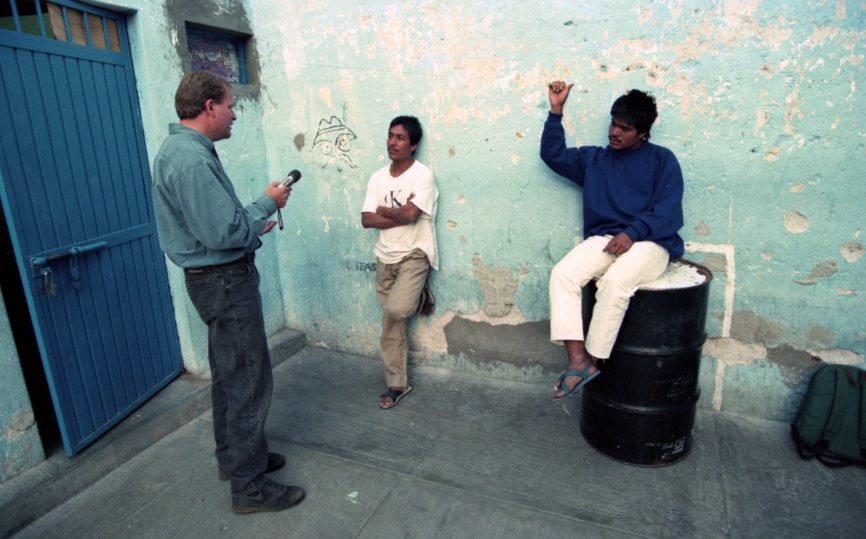 Mr. Chivarra said the reporter went on his way, and that was the last he saw of him.
“I didn’t kill him,” said the suspect, denying that he ever confessed. “I want to leave this jail.”
Mr. Hernandez sat nearby, atop a barrel, glancing around nervously, wringing his sweat-drenched palms. Asked about his purported confession, he stared at the ground, finally mumbling a few words: “I don’t remember anything.”
Human rights activists and Indian advocates who have interviewed the two believe Mr. Chivarra may be the killer but is trying to pin the crime on his shy brother-in-law.
“We think Juan has Miguel under some kind of psychological control, some kind of pressure,” said Samuel Salvador, a respected Huichol lawyer and adviser to the Indians. “Maybe he’s threatened him or his family.”
Mr. Chivarra denies that and says his big worry is being sent to the United States for allegedly killing an American.
“Some people tell me I could get 80 years in prison. Or maybe even put to death,” he said.
Some villagers who know Mr. Chivarra say they are afraid of him and his family.
“They’re trouble. We all know it,” one man said.
Another man disputed that, calling Mr. Chivarra “good people.”
Joel Simon, director of the Americas program for the Committee to Protect Journalists in New York, said he has asked Mexican authorities to release more information about the case in order to erase questions about the investigation.
He and others have nagging doubts about the case:
If the Huichols were so afraid of Mr. True, why send just two people to attack him? Were others involved?
Why did Mr. True have so much alcohol in his system – 0.26, more than three times the legal limit? His friends say he was a light drinker who rarely touched hard liquor. Even the suspects say they did not think he was drunk.
Why would he get drunk with such a brutal hike ahead? Did someone force liquor down his throat?
Why kill him in the first place? If the motive was to rob him, as some think, why not take his watch and rings?
Why wasn’t his reporter’s notebook recovered? And what else is missing? Mr. True, an avid photographer, was carrying a new Canon camera, but police say he shot less than a roll of film – odd, given the breathtaking scenery.
Authorities say they recovered only what was in the camera plus nine unused rolls. Were there any others? If so, what happened to them? And why were some of the developed photos dated Dec. 7, at least a day after the Huichols claim they killed him?
Martha True said she’s grown weary trying to find answers.
“For a while I tried to play Sherlock Holmes,” she said. “But it drove me nuts. I think it’s going to be hard to ever discover the truth.”
Some people believe traffickers or drug-corrupted soldiers may have played a role in the killing. Marijuana can be found in the region during the rainy summer months, and many Huichols suspect smugglers may be to blame.
Back in Yoata, Martin Chivarra, the suspect’s 19-year-old brother, called the drug accusations “big lies.”
Sitting outside on a sunny morning, the teenager wove thin strands of decorative twine into the edges of a leather belt.
Chickens, turkeys and dogs scampered in the dust nearby while young Indian mothers sat on the ground nursing their infants.
“We’re not bad people,” he said. “We’re Huichols. And we want people to leave us alone.”