I wrote this story for the Dallas Morning News. It was published on June 24, 2003.

Their names sound like something out of the Magic Kingdom: Happy Camp and Friendship, Green Sea and Dark Woods, Taco Taco and Pork Fat Beach.
But they’re anything but enchanted. They are prisons in revolutionary Cuba, where dissidents say about 300 political prisoners are doing time.
For years, Cuban authorities have shielded their jails from the Red Cross and human rights groups. Now, though, accounts are emerging from behind the prison walls.
More than a third of the 75 members of the political opposition convicted in April are writers, journalists and poets, and they are starting to tell their stories, shedding new light on alleged cases of psychological torture, abuse and neglect.
In a dog-eared diary smuggled out of prison, journalist Manuel Vázquez, 51, said he sleeps on “an old, dirty, hard-stuffed mattress” in a jail infested with rats, scorpions and other creatures.
“The food is hard to describe,” he wrote. Meals include soy meal, roasted corn meal and sugar water, and a white paste made from wheat flour and “other, unrecognizable substances.”
Other inmates complain of beatings, solitary confinement and poor medical care. Conditions are “harsh and life-threatening,” a U.S. human rights report said in March.
“The Cuban government appears to be going out of its way to treat these prisoners inhumanely,” Philip Reeker, the State Department’s deputy spokesman, said earlier this month.
Cuban Foreign Minister Felipe Pérez Roque said such claims are “despicable” and don’t merit a response. Critics, he said, should be more concerned about U.S.-style justice. Teenage killers and the mentally ill are sent to death row; Muslim immigrants are jailed “often simply because of the way they look”; and Taliban prisoners languish at the U.S. Naval Station at Cuba’s Guantánamo Bay, he said.
Another Cuban official, speaking on condition of anonymity, also denied that prisoners are mistreated.
“These people went into prison in good health. Now all of a sudden, they’re saying they are sick. It’s not true,” he said. “The prisons aren’t in bad shape. They are not full of rats like some people say.”
Cuban officials also reject claims that there are prisoners of conscience on the island. They say dissidents are actually U.S.-paid “mercenaries” who are trying to help Washington topple the socialist government. 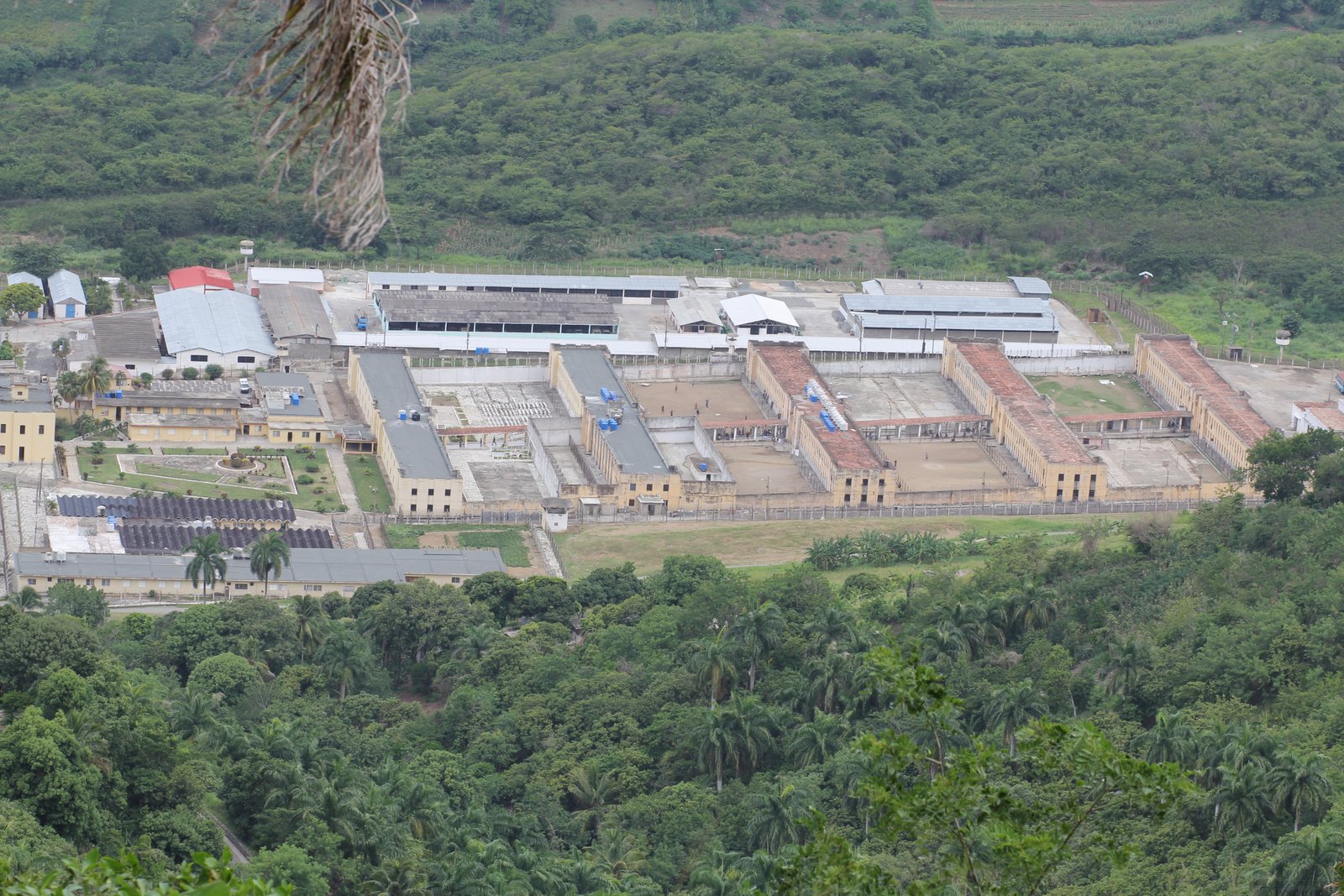 The opposition members were convicted of conspiring to undermine the socialist government and other charges. They were sentenced to prison terms ranging from six to 28 years.
Amnesty International studied more than two-thirds of the cases and concluded that the accused were merely trying to exercise basic rights such as freedom of expression.
“The evidence in itself is not indicative of any obvious criminal activity and cannot justify the authorities’ repressive reaction,” the group said in a 91-page report in June.
Journalist Héctor Maseda, 60, was arrested March 18 and sentenced to 20 years.
“Destiny is so ironic,” said his wife, Laura Pollán. “My husband wrote a lot about prisons, and now he’s in one.”
Plague of bedbugs
It is La Pendiente prison near Santa Clara, about 170 miles east of Havana. Mr. Maseda’s wife said she tried to visit him there, but guards wouldn’t let her. One of the worst things about La Pendiente, relatives say, is that it’s overrun with bedbugs.
“They bite and bite and people can’t sleep,” Ms. Pollán said.
Other family members report more serious trouble. For instance:
Journalist Oscar Espinosa Chepe, 62, is suffering from liver disease, gastrointestinal bleeding and other symptoms, his family said. They fear he’s not getting proper medical care in prison and may die. He is a former National Bank of Cuba economist and frequent guest on U.S.-funded Radio Martí, which regularly lashes out at President Fidel Castro. The journalist’s sentence: 20 years.
Marta Beatriz Roque, 57, a longtime leader of the political opposition, is also ill, according to her niece, Maria de los Angeles Cabello. Now at a women’s prison called Manto Negro, she has bouts of diarrhea and nausea and has lost 30 pounds, her family said. Her sentence: 20 years.
Little fresh air
Elsa Morejón said her husband, Oscar Elias Biscet, 41, has been in solitary confinement since April 23 for refusing to wear the inmate uniform. He was arrested in December 2002 and later tried with the other dissidents and sentenced to 25 years. His cell measures 6 feet-by-3 feet and has no running water. He gets little sunlight or fresh air.
“My husband is … not an animal. This man does not deserve to die in a dungeon,” his wife said.
The relatives’ allegations are difficult to verify. Citing concerns of national sovereignty, Cuban officials haven’t allowed the International Red Cross or human rights groups to visit their jails since 1988. 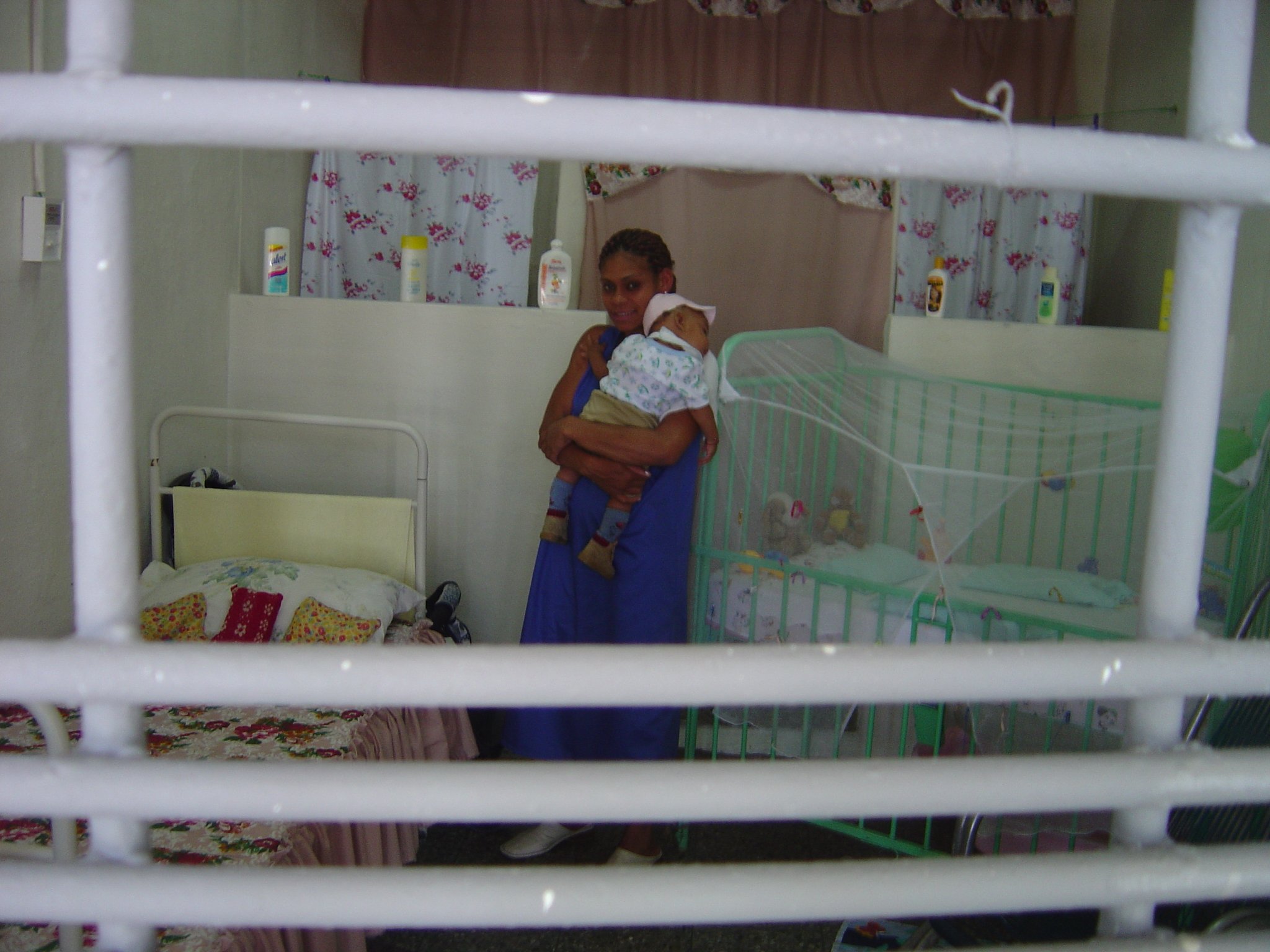 One striking complaint about prison conditions comes from blind dissident Juan Carlos González Leyva, 37. His wife, Maritza Calderín, recently presented one of his letters to the U.N. Human Rights Commission in Geneva.
It said a fellow inmate began tossing sawdust mixed with something else into his jail cell in December and it soon became a daily “sawdust shower.”
The substance “gives me the sensation of millions of bugs constantly running all over me,” Mr. González wrote. “I don’t know if this is a biological substance or a chemical agent. But I know that it is not insects, because when I touch my skin there are no actual bugs that I can feel.”
He said the harassment sometimes begins when he’s on his knees praying.
“Hell does exist,” he wrote, “and Satan shows all of his faces in here. These are catacombs where people scream, but the sound is drowned out by a hermetically sealed metal door.”
Another detailed account of conditions comes from Mr. Vázquez, the journalist. The food at Boniato Prison in eastern Cuba is so bad that “pigs would throw it up,” he wrote in his journal.
24-hour stench
“The toilet is basically a hole regurgitating its stench 24 hours a day. There are no sheets, no pillows … no radio or TV, no newspaper or books … no eating utensils, no cup … no towels.”
He says his cell, No. 31, measures about 5 feet by 10 feet. It “floods daily with effluent from the hallway,” he wrote, and “the pock-marked ceiling leaks freely when it rains.”
But he said that he takes it in stride. He spends time reading the Bible, War and Peace and Harry Potter books. He tries to glimpse the stars at night and thrusts his hand through the bars when it rains to feel fresh water.
His wife, Yolanda Huerga, said she has trouble keeping her spirits up and has no hope he’ll be released before the end of his 18-year sentence. But her husband told her in a letter not to worry.
“Pucha,” he wrote, using a term of endearment, “I love you very much and miss you a lot. But we’re going to win. Don’t be afraid.”
Still, he warned, “Be careful. Don’t go around alone. Don’t trust anyone.”
Castro loyalists, he wrote, “know they are losing and because of that they are dangerous.”
Mr. Castro scoffs at such talk and said in May that Cuba is a place of social justice, not repression. “In our country there are no paramilitary forces or death squads, nor has violence ever been used against the people,” he said. “Light years separate our society from what has prevailed in the rest of the world.”