I wrote this story for the Orange County Register. It was published on April 15, 1993.

It started innocently enough.
Phil Dobson and his wife, Cheryl, set up an aquarium in their Westminster apartment. They added water. Then fish.
But slowly, relentlessly, the finned critters took over.
Now they rule.
Forty aquariums and dozens of jars and bowls _ no one’s sure how many _ fill the Dobsons’ one-bedroom apartment, spilling into the garage and back yard. The gurgle of bubbles and humming of air pumps is inescapable.
The Dobsons are part of a growing number of fish owners really wacko about their wet pets.
But, they say, being a true fish lover isn’t easy.
“This is more of a job than a hobby,” complained Phil Dobson, 34. “These fish are very spoiled.”
“Spoiled rotten,” said his wife, 36.
For starters, the Dobsons feed their fish only the best. They raise brine shrimp for them in a hatchery made of plastic soda bottles. They go out every day, wade into ponds and catch them water fleas.
They feed their baby fish every four hours, even at night. They change their aquarium water constantly to keep it fresh.
“This is a seven-day-a-week job,” Phil Dobson said. “I can’t get a vacation.”
So why do it?
“I like having a slice of nature in the house. But in this house,” he conceded, “it’s a little bit more than a slice.”
Giving VIP treatment to fish isn’t unusual, fish store personnel say.
“There’s a lot of people who baby their fish,” said Randy Tucker, manager of Discount Tropical Fish in La Habra. 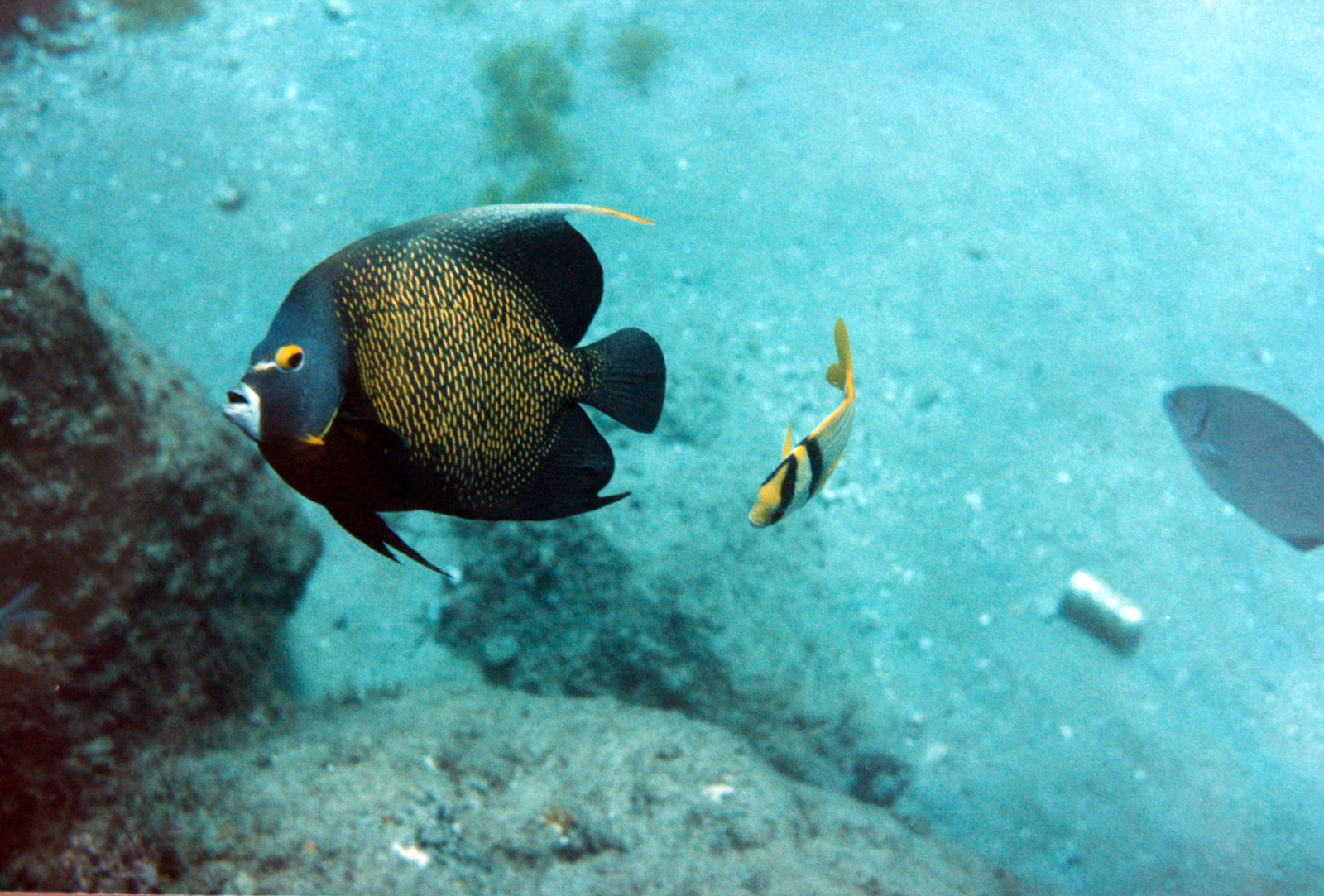 But some, he said, literally pamper their fish to death.
They overfeed them. They give them things they shouldn’t eat _ M&Ms, hot dogs or fried pork. Or they put saltwater fish in freshwater tanks and expect them to live.
Ben Coleman, 24, a salesman at Strictly Fish, a shop in Garden Grove, said he’s heard it all.
“One time a man called and said, `My fish was thirsty, so I poured a glass of wine into the tank. How do you get the wine out?’ ” Coleman said.
“Another guy called and said, `I have a crab. It’s been on its back for three days. Is that normal?’ I said, `For a dead animal it is.’ ”
Coleman knows how to handle fish fanatics, the so-called fish-aholics. He’s in recovery himself.
“When I was into it hard core, I was spending $50 a week just for fish food,” he said. “That was more than I was spending on myself.”
Coleman said obsessive fish owners often name their fish, talk to them, sing to them, and buy them presents _ everything from handmade caves to plastic scuba diver toys that blow bubbles.
During power outages, some fish owners stay up all night stirring the aquarium water so their “children” won’t be gasping for oxygen, said Steve Kendrick, manager of ‘Tis Tropical Fish in Fountain Valley.
Some fish devotees don’t like to admit they’ve got a thing about fish.
Brenda Bridwell, 39, a mortgage banking employee, has 15 tanks crammed into her two-bedroom Santa Ana townhome.
“Sometimes I hesitate to tell people about my hobby,” she said. “I mean, 15 tanks. . . .”
Others freely admit their affliction.
“I’m real obsessed,” said Cyndy Gilbert, 36, of Cypress.
She keeps bettas, a fish native to the swamps and rice paddies of Southeast Asia.
Watching a betta’s long, flowing fins is “like watching silk floating in the breeze,” she said.
The trouble starts when fish-aholics start paying more attention to their pets than to family and friends.
Dave Decareau, 30, of Garden Grove said he almost lost his girlfriend. His two-bedroom apartment was packed with tanks. His girlfriend told him, “One more tank and I’m gone.”
Later she left anyway.
No matter; Decareau still has his fish. They live in 22 assorted tanks, most of them jammed into what Decareau calls his “fish room.”
He tends to his fish at night after work. He takes along Marco, an African gray parrot.
“Even he likes to go into the fish room,” Decareau said. “He can imitate the sound of bubbling water.”
The ultimate in fish mania is collecting fish from their native habitats, said Stan Sung, 28, of Mission Viejo. He has ventured into the Amazonian jungle in Peru in search of cold-blooded treasures.
Catching the fish at night is especially exciting, he said.
“It’s pitch black. You shine a flashlight on the fish. It temporarily stuns them and you just scoop them right up.”
All this fish obsession has its limits. Mark Nalley of Orange knows about that. A few years ago, he built an $80,000 aquarium in his back yard and filled it with sharks and other creatures.
At the time, the aquarium was the third largest in California.
“I had everything Sea World had except bull sharks,” Nalley said.
But it was an expensive hobby, costing hundreds of dollars a week in gas bills alone. So Nalley turned it into a swimming pool.
He concedes he went overboard on fish.
“I don’t think anything can be more obsessive than owning your own 35,000-gallon aquarium.” 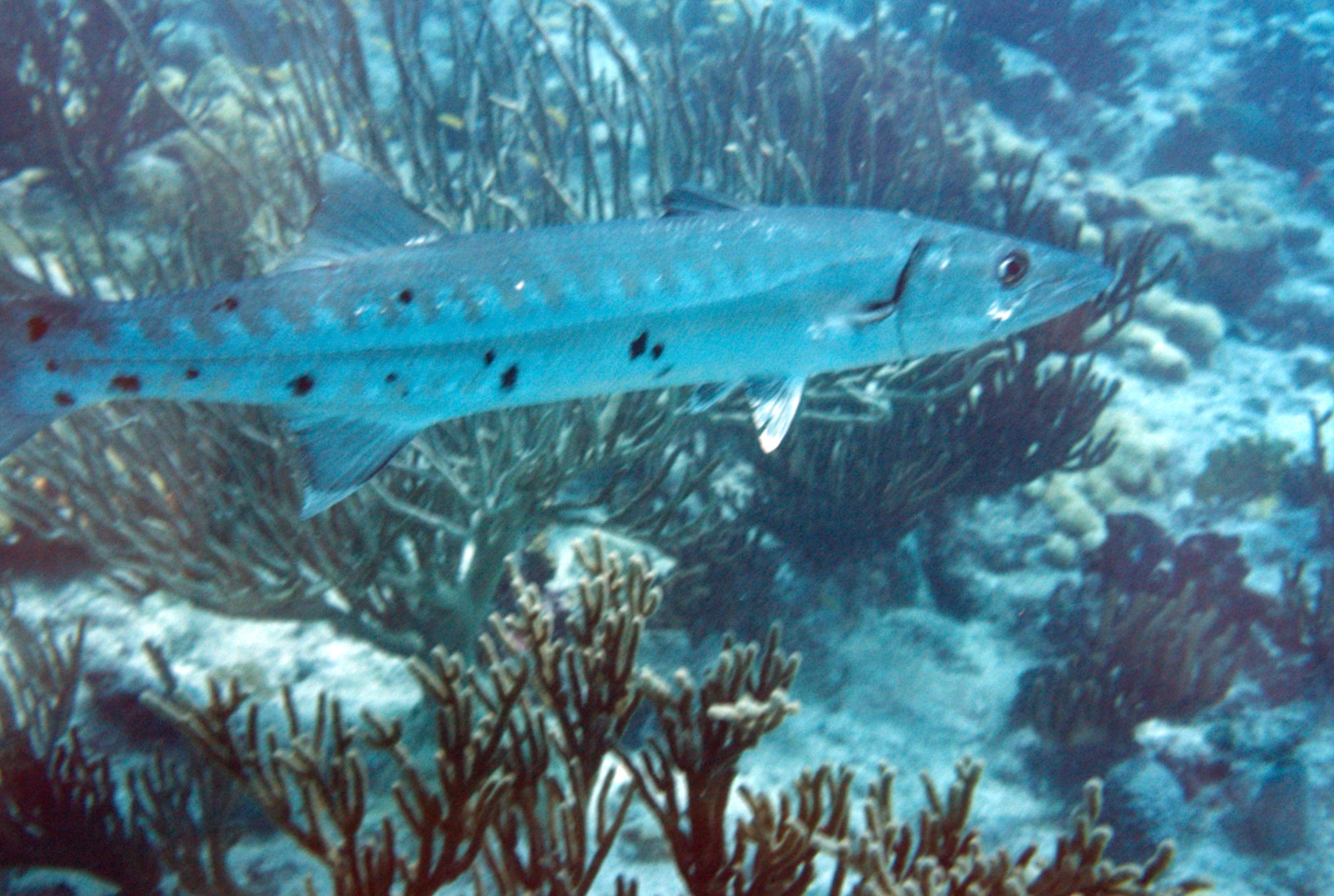 Sidebar:
FACTS: What do fish eat, and how do they reproduce?
Fish treats: Fish eat everything from bugs and crickets to chopped crab meat. Some big fish, such as Oscars, gobble down live goldfish. Others, such as saltwater triggerfish, are fierce predators. They quietly glide up to their prey and shred them with their sharp teeth.
Sexual quirks: Some fish lay eggs. Others, such as guppies, give birth to live babies. Bettas lay eggs in nests made of bubbles.
Clownfish have the ability to switch from one sex to another. The most dominant fish _ no matter its sex _ becomes the female. All the others become males.
Some African cichlid females lay eggs, then scoop them into their mouth to incubate them. It can take weeks. After the babies hatch, the mother releases them. But if there is any sign of danger, the little ones scurry back into her mouth. Fish breeders do all kinds of things to try to get the mother to release the babies so they can be raised in separate tanks. One technique: Take the rubber bulb off a turkey baster, insert the female head first into the baster, replace the bulb and then squeeze. Breeders say that shoots out the babies with no harm to Mama.
Famous fish:
Discount Tropical Fish in La Habra had a huge catfish named Gorgeous George for years. Customers used to gather to watch George during feeding time. George also let people pet him. After the big cat died, he was stuffed and put on the wall.
Fish funerals: Cyndy Gilbert, 36, of Cypress said one of her prized bettas got caught in a plastic filter tube just the other day. She put the injured fish out of its misery, dunking it into a glass of ice water. Then she cried.
Other fish owners have their dead pets stuffed and mounted. Or they cremate the remains and keep them in an urn. 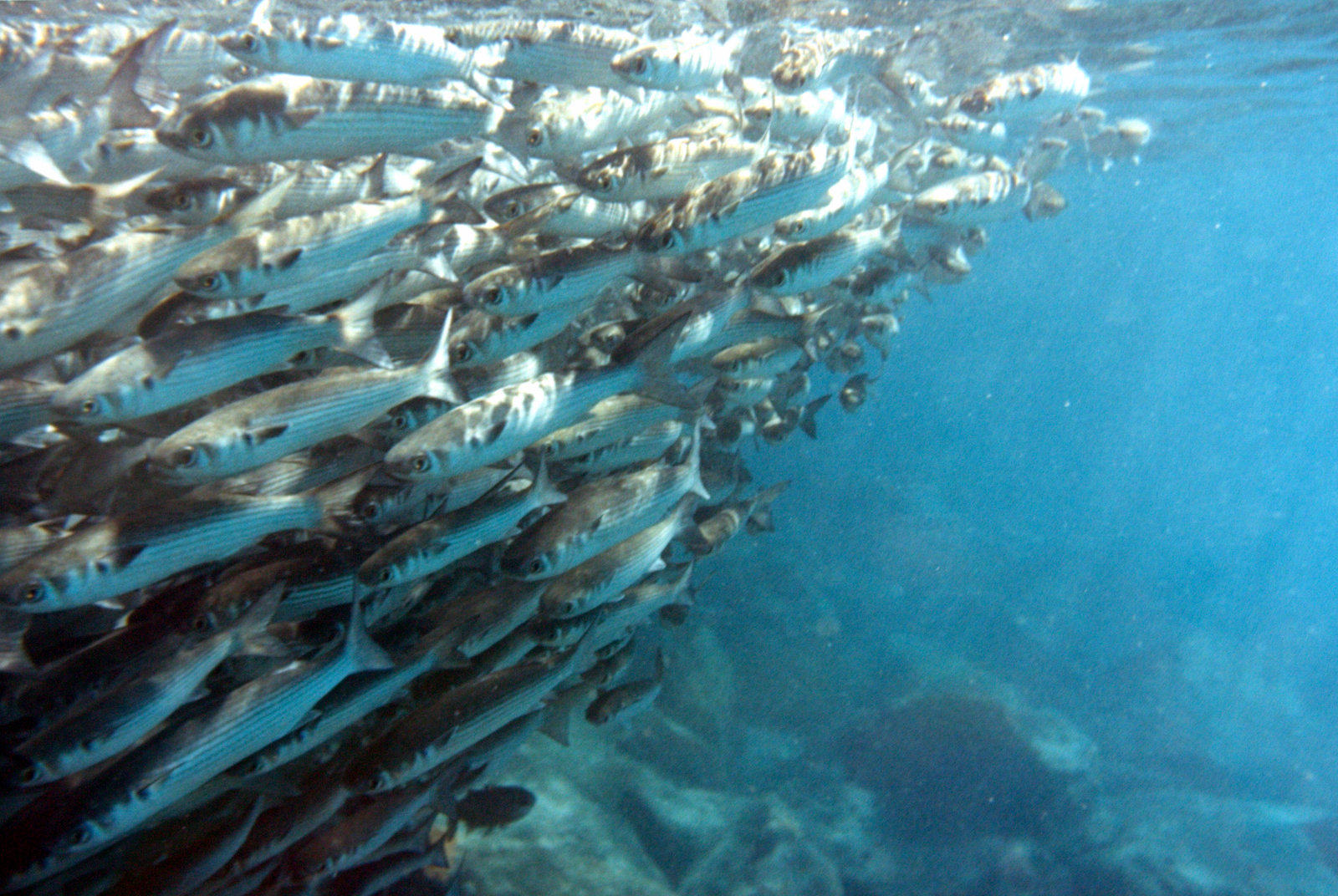 Sidebar: Sellers rely on perfect fish for net profit
Scott Paccione peered into a tank of purple tangs from the Red Sea.
His mission: To find the best specimens for his customers at Strictly Fish, a shop along Harbor Boulevard in Garden Grove.
“It’s so critical to pick out the most perfect one, because the fish is going to sell for $250,” he said. “If it’s got a little nip out of its fin, that would keep someone from buying it.”
At least three times a week, Paccione and his brothers journey to wholesale fish outlets in Los Angeles County.
The store is a family operation. Scott, 23, and his brothers, Stephen, 25, and Evan, 21, run the place. Their father, Ralph, 48, specializes in African cichlids, keeping them in 50 tanks in his garage.
The other day, they got up at dawn so they could be first in line at All Seas Marine Inc., a fish wholesaler in Gardena.
The wholesaler opened just after 7 a.m. Fish buyers rushed inside, grabbing fish nets and fanning out into the warehouse, lined with rows of tanks.
“You’d think the fish were free, the way they fight for them. It’s like a bunch of little kids,” Evan Paccione said.

Sidebar: Fish hobby can start with a few dollars
Costs: Buy used 10-gallon tanks for as little as $5 and fish for 15 cents each. Or spend $5,000 or more setting up a saltwater tank. The trend is to duplicate ocean reefs, adding live corals, invertebrates and fish. So-called live rock, encrusted with eggs, plants and tiny creatures, sells for $7-$10 per pound. Adding live rock to a big tank can cost $2,000 or more.
Perils: Some aquarium residents can be dangerous. The 2-inch-long blue ring octopus, for instance, has a deadly bite. They sell for about $25. Lionfish and stonefish are poisonous. And certain eels and catfish can administer electrical shocks.
Fallacies: Some people expect piranhas to fly out of the tank and go for a person’s jugular. Not so, fish people say.
“They’re real shy and timid. When you put your hand in the tank, they’re not going to chew your arm off. They’re going to go to the other end of the tank,” said Kim Hile of Reef Gallery, a store in Tustin.
Incidentally, it’s illegal to keep piranhas in California because of the danger that they’ll be introduced into local streams and ponds, where they’ll devour native species. Despite the illegality, it’s not difficult to find fish keepers who have them.