I wrote this story for the Dallas Morning News. It was published on June 3, 2005.

U.S.-MEXICO BORDER – The dead include university students, assembly-plant workers, farm hands, businessmen, journalists, money couriers, drug gang henchmen and dozens of police officers.
At least 550 people have lost their lives in drug-related executions in Mexico so far this year – with 300 of those killings in the six Mexican states bordering the U.S. And all are thought to be linked to organized crime, according to a review of press accounts by The Dallas Morning News.
Among the latest: A police commander assassinated in Nuevo Laredo early Thursday. Enrique Cardenas Saldaña was gunned down in front of his 9-year-old daughter. He was the sixth police officer – and the fourth commander – killed in the border city this year.
“The recent rise in drug-related killings is extremely disturbing,” said U.S. Rep. Henry Cuellar, D-Laredo. “I think it’s clear we have a real problem on our hands that needs to be dealt with.”
The killings have rattled residents on both sides of the border. A State Department warning about travel in the region is in effect through July 29. And the rising death toll is shaking many Mexicans’ faith in their government’s ability to stop the violence brought on by drug gangs caught in a bloody turf battle.
“It’s a war,” said human rights activist Mauro Cruz, who compared his country’s anti-drug fight to America’s conflict in Iraq. “Kidnappings, murders and disappearances are the order of the day.” 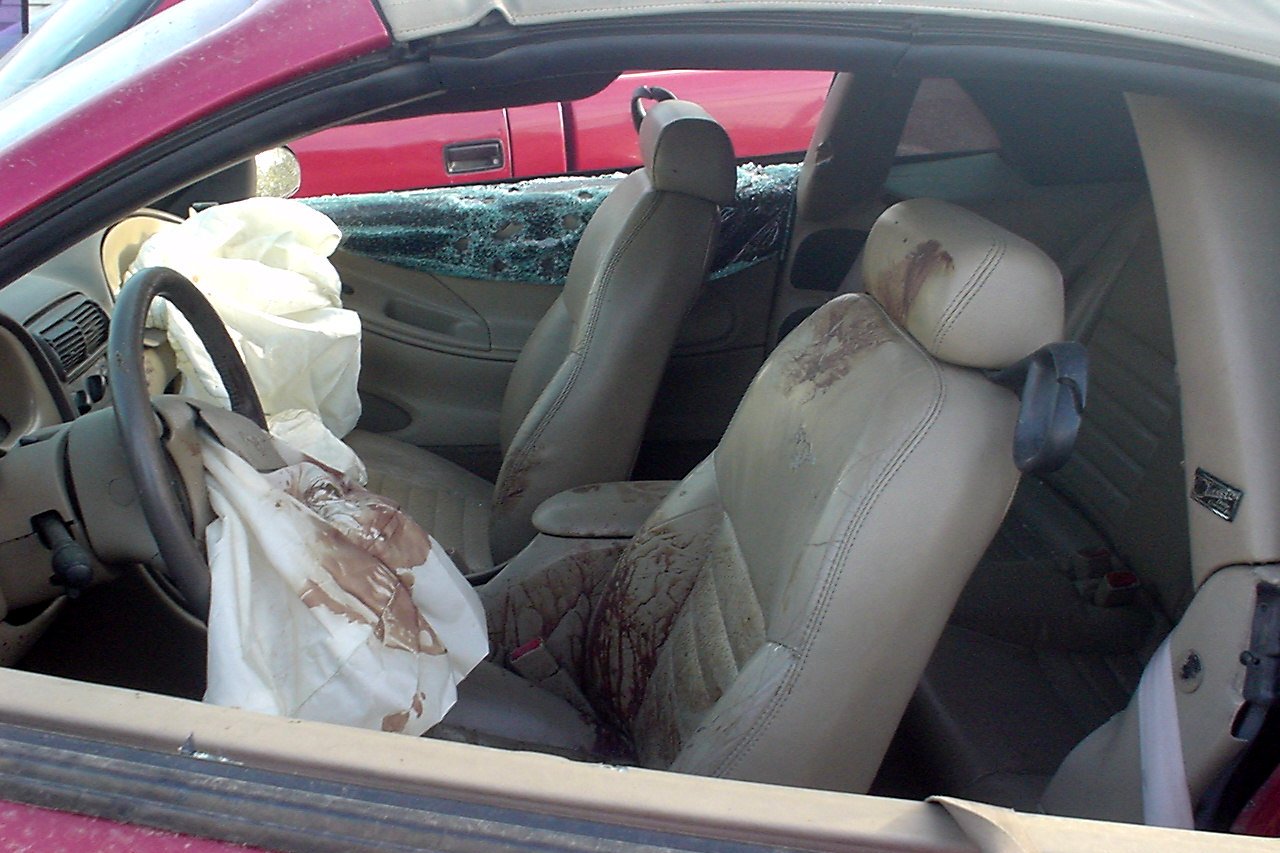 Mexican Attorney General Daniel Cabeza de Vaca told reporters last week that the execution total had reached 550 this year. But accounts indicate the number could be higher. El Universal newspaper says it has documented 545 such murders just since February. And the Mexican Editorial Organization, which owns 62 newspapers, last week put the number at 800 – about 37 per week.
“It’s chilling,” said Victor Clark, director of the Binational Center for Human Rights in the border city of Tijuana.
Jose Luis Santiago Vasconcelos, the Mexican government’s point man in the battle against organized crime, said President Vicente Fox’s administration has made progress. But unless the government keeps up the pressure, traffickers will “flourish and rule our country,” he told reporters in Mexico City last weekend.
More than 46,000 people have been arrested over the last five years, he said, including 15 cartel leaders, 43 financiers, 70 underbosses, 256 hit men and 166 corrupt officials who worked for the drug gangs.
And U.S. Ambassador to Mexico Tony Garza told a crowd in Monterrey in May that “drug cartels … are destroying the economic and social fabric of our communities.”
“If that violence – whether prison riots in Matamoros or gangland-style shootings right here in Monterrey – is not controlled, it will badly undermine both investment and tourism.”
Nuevo Laredo’s trouble
The most violent spot on the Texas-Mexico border has been Nuevo Laredo, with 45 drug-related murders so far this year. That’s up from 37 for all of 2004, according to the Reynosa human rights center.
“Anywhere you put your finger, there’s trouble,” said Stereo 91 news director Roberto Galves, standing before a map of his town.
Poverty, increased drug use, decaying social values and police corruption have all fueled the rise in crime, said Arturo Nahle Garcia, a federal deputy with the Party of the Democratic Revolution, or PRD, as it is known by its Spanish initials.
Beyond that, he said, there’s a simpler explanation: Crime pays
“More than 95 percent of the crimes committed in Mexico go unpunished,” said Mr. Nahle Garcia, a member of Commission on Public Security in Mexico’s Chamber of Deputies.
“Our penal codes are tough on drug trafficking, kidnapping and organized crime,” he said. “The problem is, they’re weakly enforced.”
Nuevo Laredo Mayor Daniel Peña Treviño said last month that the job of policing has become so hazardous that no one wants the job of police chief.
Federal officers have also come under attack. Sixty-two agents have died in the line of duty in Mexico since Mr. Fox took office in 2000.
The latest was Martin Rodela Rosas, 26, killed in a shootout with drug traffickers in one of the more affluent neighborhoods in Matamoros, just across the border from Brownsville.
His attackers were arrested with an arsenal that included five AR-15 rifles, one G-3 rifle, three MP5 submachine guns, three 9 mm pistols, 1,278 rounds of ammunition, 35 gun magazines and clips and four grenades.
But most of the killers along the border from Nuevo Laredo to Matamoros are never caught, said Arturo Solis, director of the Center for Border Studies and the Promotion of Human Rights in Reynosa. Arrests have been made in 34 of the 126 killings reported in the region, according to the center. In some cases, investigators sincerely want to find the killers but lack the resources, human rights workers say. In other cases, detectives refuse to investigate the crimes because they are afraid they’ll be killed or because they’re being paid off by drug organizations, the activists say.
An American law enforcement agent who spoke on condition of anonymity said criminals operate with little interference along vast stretches of the border.
Some hit men in northern Mexico dispatch their victims in broad daylight. Others leave the scene in Humvees, not exactly an inconspicuous getaway vehicle.
They are brazen, human rights workers say.
Officers outgunned
And police officers who aren’t working in cahoots with the criminal organizations often would rather not get involved, said Raymundo Ramos, a journalist and head of a Nuevo Laredo human rights committee.
“There are only 15 federal officers in Nuevo Laredo,” he said. “They each have one rifle, one gun magazine and no bulletproof vests. And they’re supposed to be in charge of investigating all federal crimes – drug trafficking, tax evasion, money laundering, weapons violations and people smuggling. It’s impossible.” 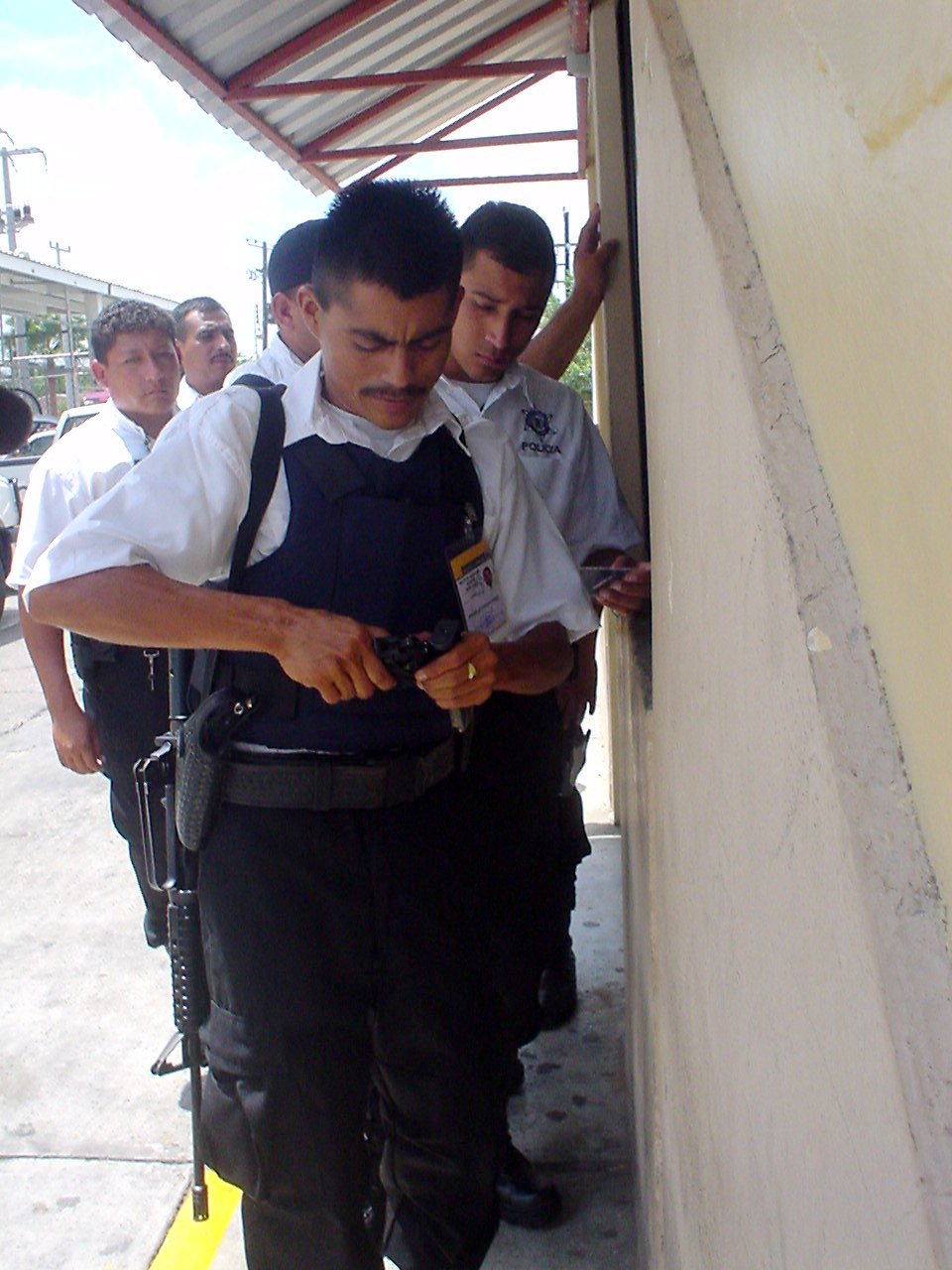 In April 2004, a gang of criminals wanting to show police who’s boss in the northern state of Tamaulipas kidnapped seven federal officers, took them to safe houses, disarmed them and threatened them with death before letting them go.
When a new police chief is named, it’s not uncommon for mafia strongmen to pick him up, take him to a secluded spot and explain what will happen if he doesn’t cooperate. “They tell him they’re going to give him a vacation” – the permanent kind, the U.S. law enforcement official said.
Not surprisingly, when some police officials speak publicly of the evils of organized crime, they don’t intend to do anything about it, according to a 77-page report released earlier this year by the Reynosa center.
In February 2004, the report said, a U.S. resident asked a Tamaulipas police commander to arrest kidnappers who were holding his wife captive at a local hotel. When the police commander refused, the assailants got away with the ransom, leaving the couple unharmed but broke.
In another instance, the report said, an American on vacation in Tamaulipas saw four men kidnapping and beating a thief and reported it to police. They declined to investigate.
Police are even more reluctant to investigate murder cases, human rights workers say. And state and federal officials in Nuevo Laredo and Reynosa openly bicker about who is responsible for carrying out the investigations.
Amid the violence, the border region is making economic advances and now produces a staggering $157 billion in goods and services per year, nearly a quarter of the country’s gross domestic product, according to Mr. Garza, the U.S. ambassador.
But unless Mexico cleans up crime, progress will falter, he said. Violence is already undermining Nuevo Laredo’s economy, said Ramon Cantu Deandar, executive director of El Mañana, which his family has published for 73 years.
“Some people have stopped going out at night,” he said. “They’re afraid.”