I wrote this story for the Orange County Register. It was published on Feb. 14, 1993.

Terri Beare headed for the door on a Saturday night.
“Be careful,” her father warned.
“Don’t worry,” she said, hugging him. “I love you.”
The next time Willard Ledbetter saw his daughter, her body lay peacefully in a coffin, belying her brutal death at the hands of a stranger.
“She had dried blood under her fingernails,” her father said. “I guess she really put up a fight. Her face was pulverized. The only thing I could identify was her beautiful hair.”
La Habra police suspect Arturo Perez Gonzalez in the Oct. 20, 1991, killing. He is one of 98 fugitives named in Orange County’s pending murder warrants.
At least half the fugitives are thought to be on the run in Mexico. Police say many are undocumented laborers, people who suddenly killed in a rage, not career criminals. And many of those have likely returned to the United States to work in Southern California’s vast underground economy.
Eighty-seven of the 98 fugitives are Hispanic, six are Asian, two are black, one is Arab, one is Amerasian and one is white.
Cheryl Maxson, a criminologist at the University of Southern California’s Social Science Research Institute, said it makes sense that Hispanics are overrepresented because they can flee to Mexico.
“Logically, there are more outstanding warrant cases for people who are able to disappear.”
Families whose loved ones have been killed wonder if police would put more priority on the cases if the suspects _ and victims _ were white and affluent.
“It just doesn’t seem like anybody cares,” said Ledbetter, an auto worker who retired in Orange County. “If I were a big shot, if I had a lot of money or if Terri were well-known, they might make a big sensation in the paper. But her murder doesn’t make news. It makes me feel that she wasn’t very important. Well, to me and the family, she was.”
Police deny favoring anyone and say what makes many cases difficult is that the fugitives often have no roots in the United States. They have no bank accounts or credit cards. They live in crowded homes and apartments, sharing the rent with workers they hardly know.
“Other than a name, a possible date of birth and a physical description, we have nothing,” Santa Ana Police Lt. Robert Helton said.
The crimes allegedly committed by the 98 fugitives span more than 20 years. Behind each is a different tale of violence and cruelty: a vengeful drug slaying, a lover’s quarrel turned deadly, a drunken crime spree.
But they have one thing in common: They left a trail of anguish for the families of the dead.
These are the stories of three families.
Rafael Penagos says things haven’t been the same since the May 1990 stabbing death of his mother, Ana Castellanos.
“I don’t get any pleasure out of life anymore. It’s as if you had wings and someone cut them off.”
Penagos, 35, and his mother came to the United States from Colombia in 1987. “We had dreams like anyone else,” he said.
He and his mother were especially close. During tough times in their village back home, they sold vegetables at the street market. Penagos’ father was never around.
Mother and son settled into an apartment in Lake Forest. He worked at McDonald’s. She took a job at Carl’s Jr.
“She wanted to help people,” Penagos said. “She never stopped smiling.” 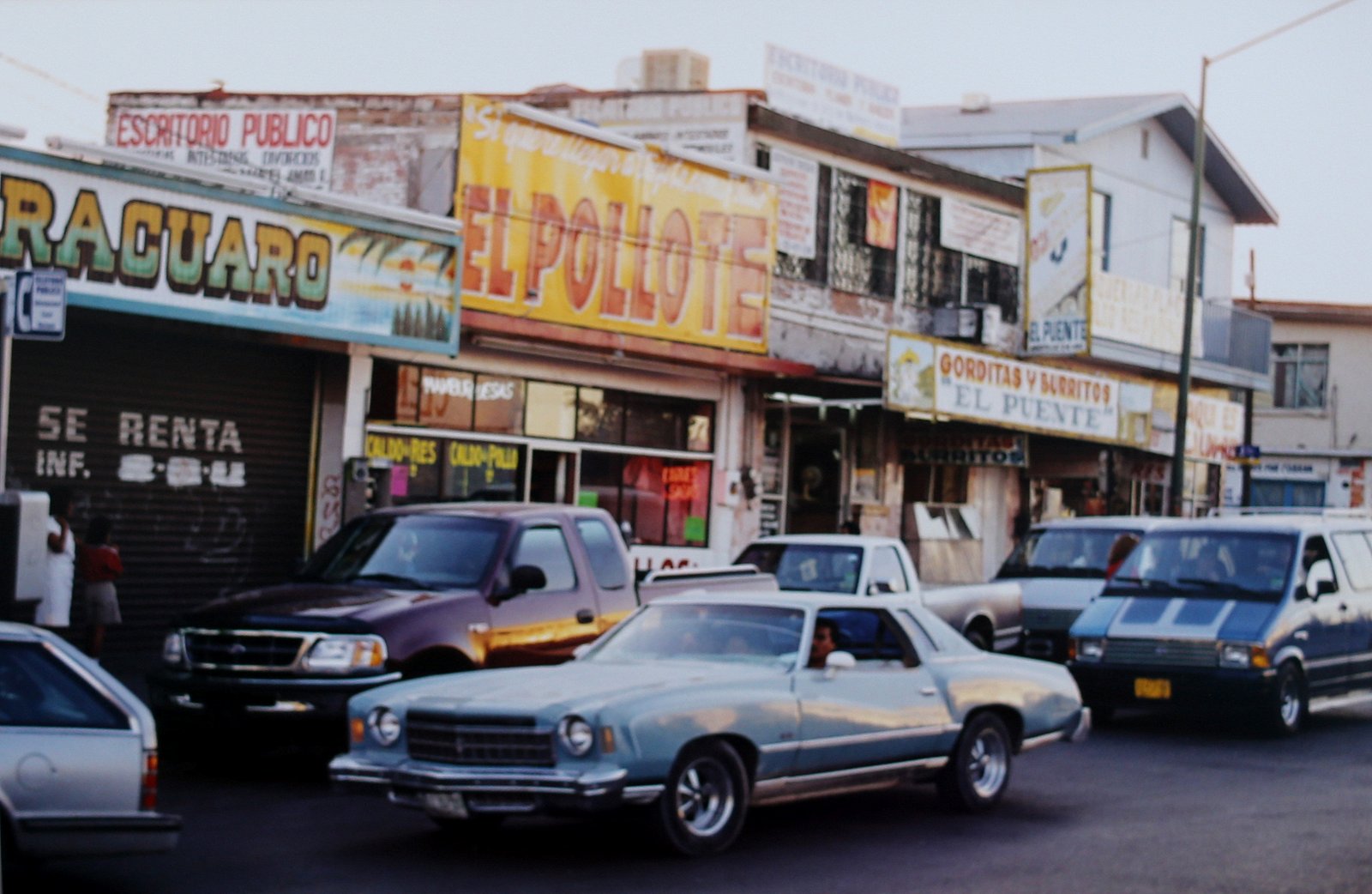 Money was tight so they shared the rent with others. A Guatemalan named Esteban Adolfo Ramirez, 21, began visiting one of the tenants. He also took a liking to Penagos’ girlfriend.
Castellanos, 49, told her son that she saw his girlfriend and Ramirez together. Her son confronted his girlfriend. She denied there was a new romance.
Castellanos wasn’t so sure. She argued with Ramirez. “She was always telling him, `Get out of here,’ ” Penagos said. “He threatened her. She didn’t take it seriously.”
Two weeks later, on May 29, 1990, Ramirez allegedly killed Penagos’ mother, stabbing her twice in the heart. He hasn’t been seen since. A warrant is out for his arrest.
Orange County Sheriff’s homicide investigator Rudy Garcia said Penagos calls him every day, asking about the case.
“He’s just desperate. His mother was all he had. He just won’t let go until this guy’s captured.”
Patricia Barbosa got the call on a Saturday afternoon in June 1992. Her brother, Javier Barbosa Reyes, was hurt. She had to go to UCI Medical Center in Orange.
“I thought it was an accident, something small,” she said.
But it was no accident, police told her. Her brother, 32, had been shot in the head, and doctors said he wasn’t going to live.
“They said they were going to do some last studies on him the next day, and then they were going to disconnect the machines that were keeping him alive.”
She had talked to her brother the morning before he was shot.
“I called him around 10. He said, `You woke me up. … I got in at dawn, at 4 or 5 in the morning.’ ”
He had been out dancing.
“He lived for parties,” his sister said. “Sometimes he lived life very fast. He liked women a lot.”
That’s what might have gotten him into trouble, police say.
Barbosa Reyes, a pizza-shop employee, had been dating a woman who used to go out with Artemio Lopez, 19.
On June 6, 1992, police allege, Lopez shot Barbosa Reyes outside an Orange laundry. Witnesses told police that Lopez and two others sped off in a Volkswagen beetle. A murder warrant is out for Lopez.
Both the police and the family suspect that rivalry over the woman had something to do with the killing, but no one knows for sure.
“For a person to do something like that, my brother must have done something to him,” Patricia Barbosa said. “It must have been something big.”
Barbosa, 31, is a hotel worker in Whittier. She keeps her brother’s picture, his paycheck stubs and other papers in a manila envelope. It’s all she has left.
“I never expected my brother to die like that,” she said.
She said her mother in Mexico City is especially anxious to see the killer jailed.
“She wants justice. It’s not that I don’t want anything, but Javier isn’t here anymore and nothing I do will bring him back.”
When his baby daughter was born, Willard Ledbetter named her Terri Lee . She grew up, married and shortened her name to Teri.
Ledbetter, 67, liked to tease her about that.
“I’d shorten her name even more and call her Ter.”
On Oct. 20, 1991, Terri Beare came by her father’s house, talked to him a while and borrowed $10.
He never saw her again.
Her boyfriend knocked on the door the next day. “Terri’s been murdered” was the first thing he said.
Police said Beare, 40, went to a bar along La Habra Boulevard the night she was killed. Two men bought her drinks. One of them took her to a vacant apartment, raped her and strangled her so hard that he broke bones in her neck.
Her body was found the next morning.
Ledbetter, a World War II veteran who has gradually lost his hearing after being exposed to gun blasts, said he can’t stop thinking about his daughter’s death.
He’s frustrated that the suspect has been identified but not captured.
“The guy who did it is wandering free somewhere. I told police if I had the money, I’d offer a reward for evidence that would lead to his arrest. But I don’t have the money.”
Ledbetter keeps a few yellowed clippings about the slaying in an envelope, and treasures his daughter’s photos.
She had some problems, he said, but she was a good daughter.
Her marriage broke up a few years ago. Sometimes she drank too much. Her father said he can’t believe she’d go into a vacant apartment with just anyone.
“They make her look like a prostitute,” he said. “She was not.”
A warrant charges Perez Gonzalez, 30, with the murder. Police said he may have fled to Mexico.
Ledbetter said he knows the police are busy, but he hopes they can somehow capture Gonzales.
Until that happens, he said, his daughter will never rest in peace.
He and his family visit her grave regularly. The tombstone reads, “Terri Lee Beare.”
And then there’s a word in parentheses:
“Ter.”