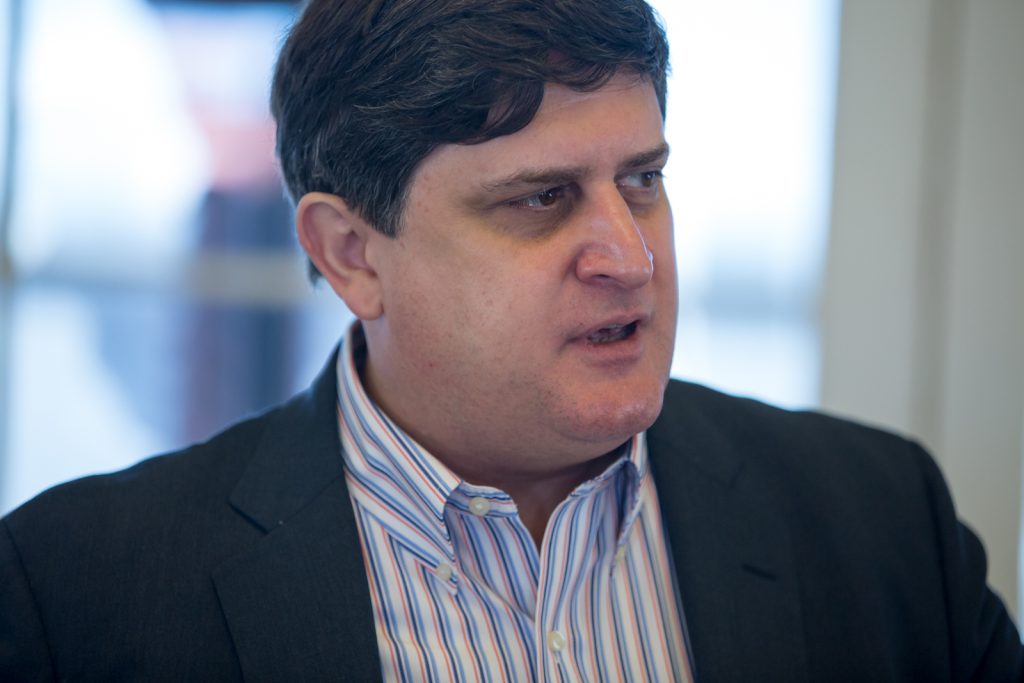 Donald Trump may not be a traditional American president, but Bloomberg News covers his administration the old-fashioned way: With objectivity and cold, hard facts.

“Donald Trump has not taken us to a place where journalism can’t reach,” said Craig Gordon, head of the Bloomberg News bureau in Washington, D.C. “We are working with facts.”

Gordon spoke Jan. 16 at the Flagler College Forum on Government and Public Policy in St. Augustine, Florida. His talk was called “Trumping Fake News: Facts in the Age of Trump.”

Before it began, Gordon told students what it’s been like to cover the Trump administration.

“We knew we were in for a pretty wild ride,” he said.

As a presidential candidate, Trump called journalists an “enemy of the people” and wielded the phrase “fake news like a weapon,” Gordon said. 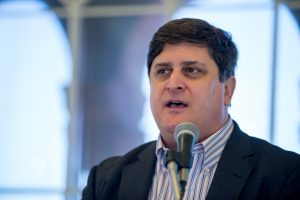 But he said Bloomberg News didn’t change its approach much at all when Trump took office a year ago today.

“We rely on one thing and that is facts,” said Gordon, who oversees coverage of the federal government, including the White House, Congress, national security, tax policy and other areas. “What we’ve found is people are hungry for traditional journalism.”

So when Trump said he had rolled back 1,000 federal regulations, Bloomberg reporters went through stacks of records to see if it was true. The actual number was 271.

Bloomberg has some 2,700 journalists in more than 120 countries, according to the company’s website.

Gordon said the company looks for journalists who have “innate curiosity. That’s the single most important thing for a journalist.”

He said he decided he wanted to be a newspaper journalist when he was 12 years old.

He graduated from Syracuse University then got a job at a newspaper in Rochester, New York. Later he worked at Newsday, where he was part of the Pulitzer Prize-winning team that covered the crash of TWA Flight 800.

In 2001, he covered the aftermath of the Sept. 11 terrorist attacks and was embedded with the Marines in Afghanistan.

Before joining Bloomberg in 2013, Gordon was managing editor at Politico.

There are “fewer points of entry” for young people hoping to become journalists, he said, “but the jobs are there.”

He said he values journalists who can go out, get a story and write it “clearly and plainly.”

“Writing clearly has never been more important,” he said.

But journalism remains “a very competitive field. You’ve got to be hungry.”