SHUSHUFINDI RIVER, Ecuador – When Nemonte Mipo was 12 or 13 years old, a village elder told her it was time to pierce her ears.
“You’ll remember this when I die,” the Huaorani elder told her. Then several women grabbed Mipo and jammed a sharp wooden spine into one ear lobe, then the other.
“It hurt,” Mipo said. “I cried, I cried.”
The elders returned the next day to make the holes bigger. There was “a new stick every day,” said Mipo, who told her story while riding in a canoe along the Shushufindi River in eastern Ecuador.
Nowadays, pierced ear lobes and other Huaorani traditions are disappearing.
“Many of the young people are changing a lot,” said Moipa Nihua, a Huaorani leader in a settlement called Yawepare. “They are forgetting their identity, their culture.” 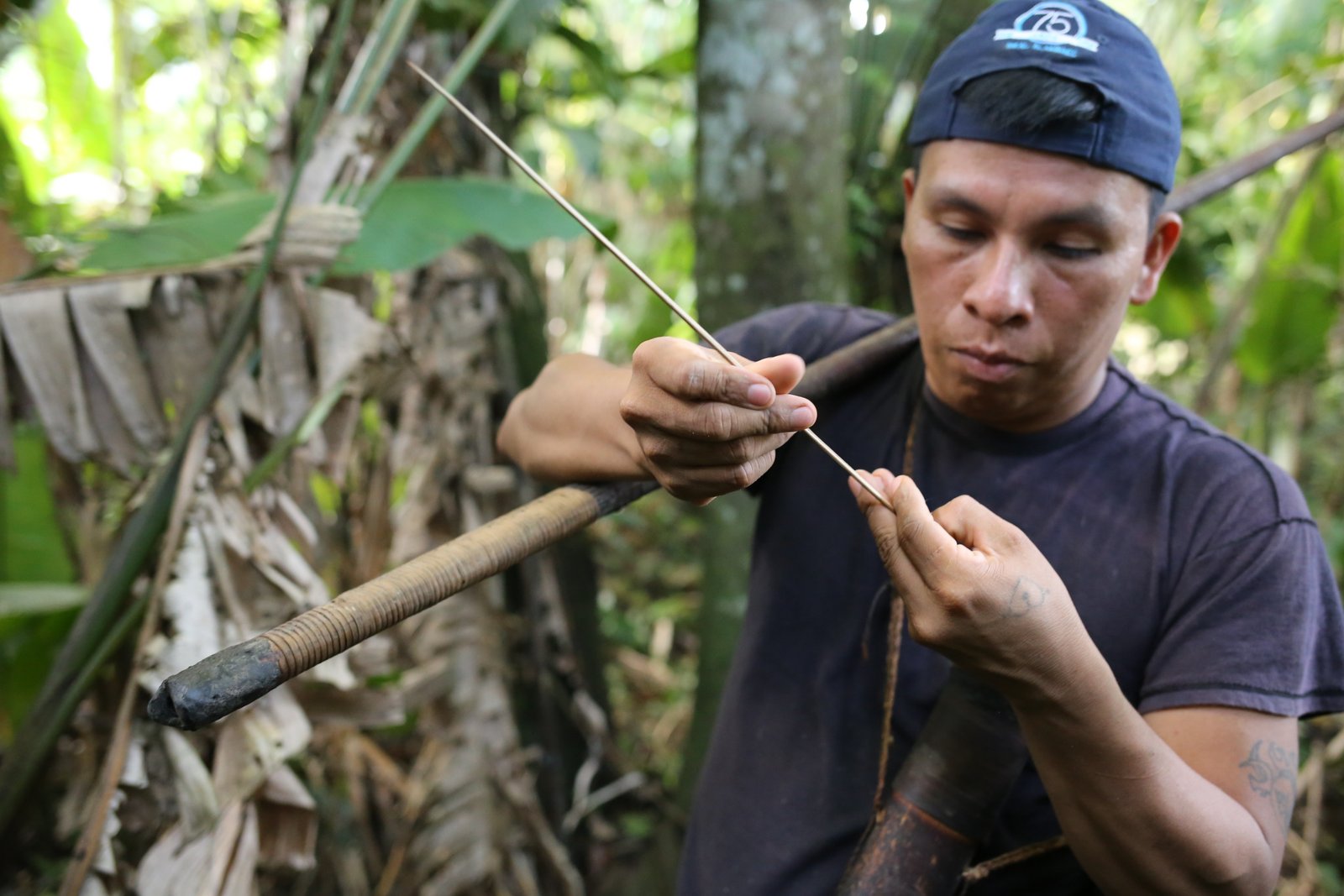 The Huaorani, also called Waorani or Wao, have lived in the eastern jungles of Ecuador for centuries.
Many have killed – or been killed – trying to prevent outsiders from taking or invading their land.
Missionaries made the first peaceful contact with the Huaorani in 1958. Since then, many of them have struggled to survive and adapt.
“Now the Wao people are in pieces,” Nihua said. “I think that once they enter the Western world, I don’t know, something happens to their personality. They no longer want to speak their language and so they forget their language and they start to speak Spanish.”
Most Huaorani are “living in the mestizo world,” he said.
The plight of the Huaorani offers a glimpse into the what may lie ahead for the Tagaeri and Taromenane, two Huaorani clans that have resisted contact with outsiders.
The Huaorani, also spelled Waorani, are deeply divided. Some have adopted Western ways and work for oil companies. Others are trying to preserve their traditions.
Once the old Huaorani die off, “everything is going to be lost,” said Mipo, who said she did not know her age, but looked to be in her late 50s or early 60s.
Asked what life was like before oil workers and colonists arrived, Mipo said, “There was none of this. No noise from motors, machinery. Before just the forest, silence. It was better before than it is now.”
“We don’t kill the animals,” said Alicia Cahuilla, a leader of the Waorani Nationality of Ecuador. “We don’t cut down the trees. But when the roads come, they destroy us, everything. They divide communities. Alcohol comes and men start hitting their wives.”
“Things have changed so fast,” said Cahuilla, 38.
Indigenous people have been through this before throughout the Americas. During treaty negotiations in 1852, a native American named Chief Seattle said the tribe’s ancestral lands didn’t have a price.
“How can you buy or sell the sky? The land? The idea is strange to us. What will happen when the buffalo are all slaughtered?”
His reply:
“The end of living and the beginning of survival.”
And many Huaorani say that’s what they’ve been doing – just surviving. 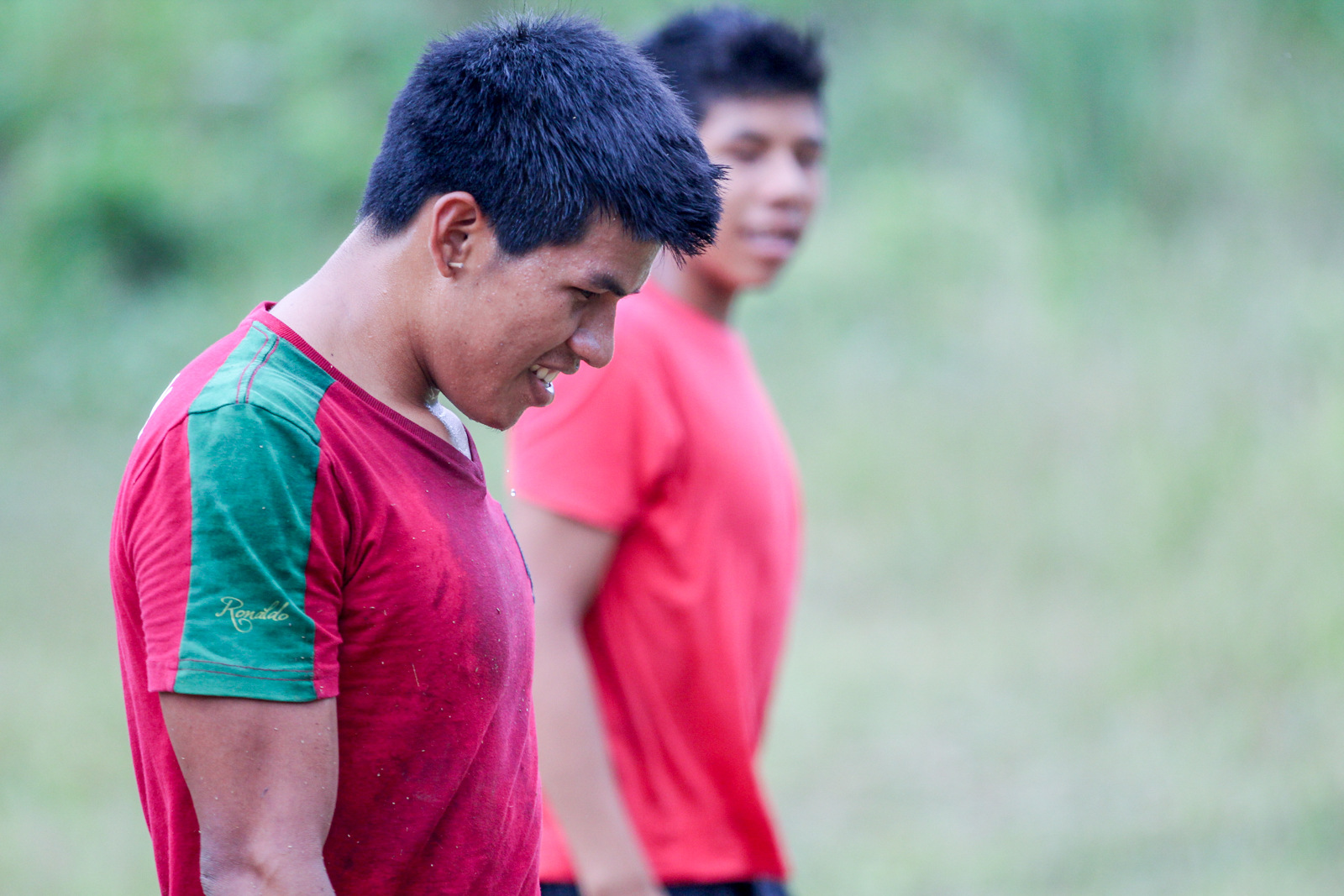 Cahuilla said the Huaorani used to live in harmony with the land, but those days are gone.
“Our children want to swim in the rivers, in the waterfalls, but they’re polluted,” she said.
Many mestizos in Ecuador look down on the Huaorani, Cahuilla said. They say, “Those lazy Indians don’t do anything.”
“We aren’t lazy. We respect our territory, our jungle. Our Taromenane brothers are living in the jungle. They say, ‘Enough oil companies, enough loggers.’ We want to defend them. We want our government to respect their territory and not send in any more oil companies or loggers.
“The government opens up more roads, so there are more deaths, more fights. We want them to respect Taromenane territory and to respect our territory.”
Some Huaorani have debated whether they should just give up their Ecuadorian citizenship and turn in their national ID cards, Cahuilla said.
“Government! Take your ID! And we’ll return to the world of the jungle. That’s what we’re thinking.
“We haven’t gotten anything. Not education, not health care, not housing. What are we asking for? For another world of cement? We don’t want it.” 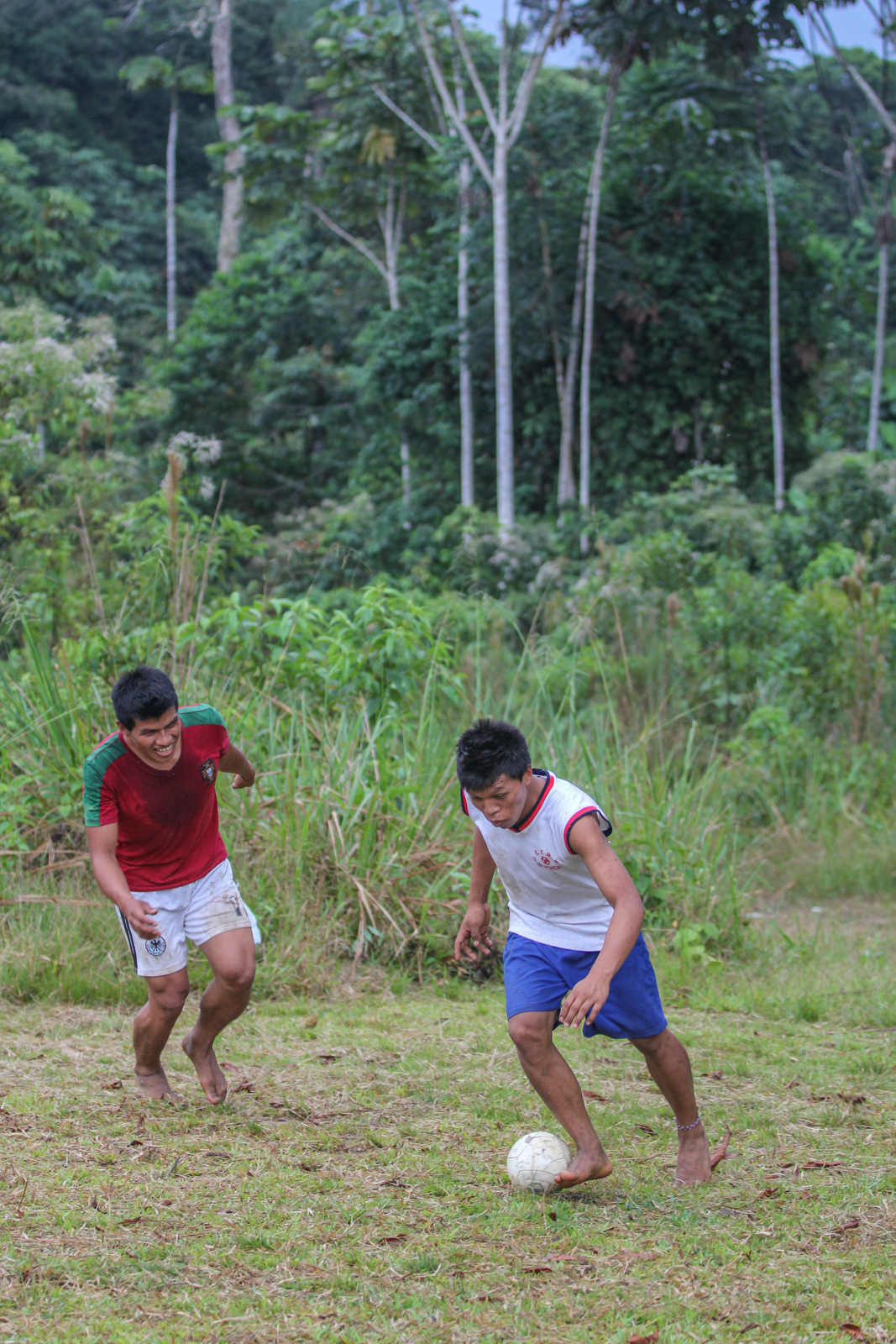 Cahuilla said she’s worried about the future.
“Our territory is shrinking,” she said. “Our people are going to continue dying.”
Dozens of Huaorani – along with Tagaeri and Taromenane – have been murdered in revenge killings and fights over territory.
Others die because they have no resistance to colds, flus and other diseases.
Penti Baihua, a Huaorani leader in the village of Bameno, said his grandmother, aunt and cousin got sick and died after initial contact with outsiders.
Other Huaorani have been killed while defending their territory. Moipa Nijua, 30, said soldiers killed and beheaded his grandfather.
Nijua is a Huaorani leader in the village of Yawepare. He’s angry with the oil companies. He says Huaorani land is “super invaded.” He wants outsiders “to respect us, to leave us in peace.”
Ecuador has seen decades of oil drilling “and the Huaorani haven’t benefited in any way. The government killing our forest.”
His father, Ocata, 75, used to roam the jungle hunting for monkeys and tapir, but nowadays he prefers staying close to home.
“He doesn’t like to go into the jungle anymore because he sees the ghosts of his relatives,” his son said.
Ocata Nijua stays busy with such tasks as making feathered headpieces and adding new leaves to the thatched roof.
Like his ancestors, he wears long hair and has a two-inch hole in his ear lobes. Most young Huaorani prefer a different look. Some wear earrings. Others see the latest haircut from Brazilian soccer star Neymar da Silva Santos and they want to copy that.
“I don’t like it,” Huaorani leader Armando Boya said. “That’s from another world.”