I wrote this feature for the Dallas Morning News. It was published on Oct. 7, 2003.

Cubans make ham from algae, dolls from shampoo bottles, and picture frames from old CD cases.
They joke that their national pastime isn’t really baseball. It’s the art of innovation.
“We’re natural born inventors,” said Javier Portelles, 54, who cruises the streets in a Cuban creation known as the “Coco-taxi” – an Italian moped topped with a coconut-shaped Fiberglas body. “We’re survivors. We won’t let ourselves die.”
In that spirit, Cuban officials recently held a two-day inventions fair in the eastern city of Holguín. Fifty award-winning innovations – from hand-crafted U-shaped bicycle seats to homemade plastic purses – were on display.
“This is the fruit of the revolution,” declared José Suárez Bravo, president of Cuba’s National Association of Inventors and Innovators.
The need to invent began just after the 1959 revolution, Mr. Suárez said. Many doctors, engineers, scientists and other professionals had fled. That’s when the late revolutionary Ché Guevara said, “Worker, build your own machinery.” And Cubans came up with scores of innovations.
Experts say they also relied on technology from their chief sponsor, the Soviet Union. When the Soviet Union collapsed in the early 1990s, both the Cuban government and ordinary citizens scrambled to find new survival techniques. 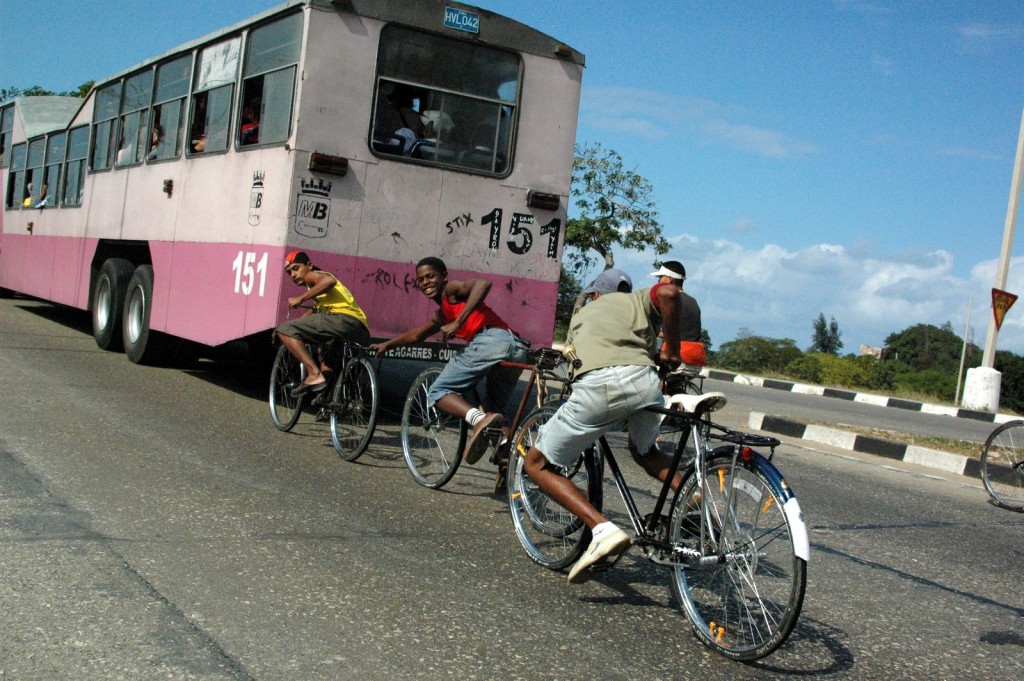 Inventar – or to invent, a broad concept in Cuba meaning doing something new or different to survive – quickly became one of the most used words on the island. And Cubans began digging their economy out of a hole.
Membership in the inventors’ association jumped from 88,000 in 1990 to 560,000 today. That, Mr. Suárez said, shows workers’ commitment.
“People are more motivated than ever,” he said.
Association members this year submitted 1.2 million ideas for the group’s inventors’ contest.
Some 39,000 were deemed new, Mr. Suárez said, and the creators received modest monetary awards.
The top inventions in Holguín included ham made from algae, bits of meat and soy yogurt.
“The yogurt gets rid of the algae’s seawater taste,” explained its inventor, Manuel Valdés, 41, a food technician from the town of Pinar del Río.
A Cuban woman passing by his exhibit cringed. “You mean that ham has algae in it?” she asked. “Ahhghh!”
Mr. Valdés sometimes gets that reaction but is unapologetic. He says his ham – which has a smoky, salty taste – is not only nutritious and low in fat, it saves the government money.
Waste not, want not
Also on display was the “estereoflex” – used to cut small, precise holes in the skull during brain surgery – and other medical tools, some new, some refurbished.
“We re-use many disposable parts that would be thrown away in other countries,” said Pedro Hidalgo Pérez, 52, a medical instrument technician. “Buying medical equipment outside Cuba is very expensive.”
Some Cubans also manufacture their own medical gear, including vasectomy kits, surgical clamps and bolts used to mend broken bones, said Mr. Pérez, a former hospital carpenter who handcrafts medical tools in his home. 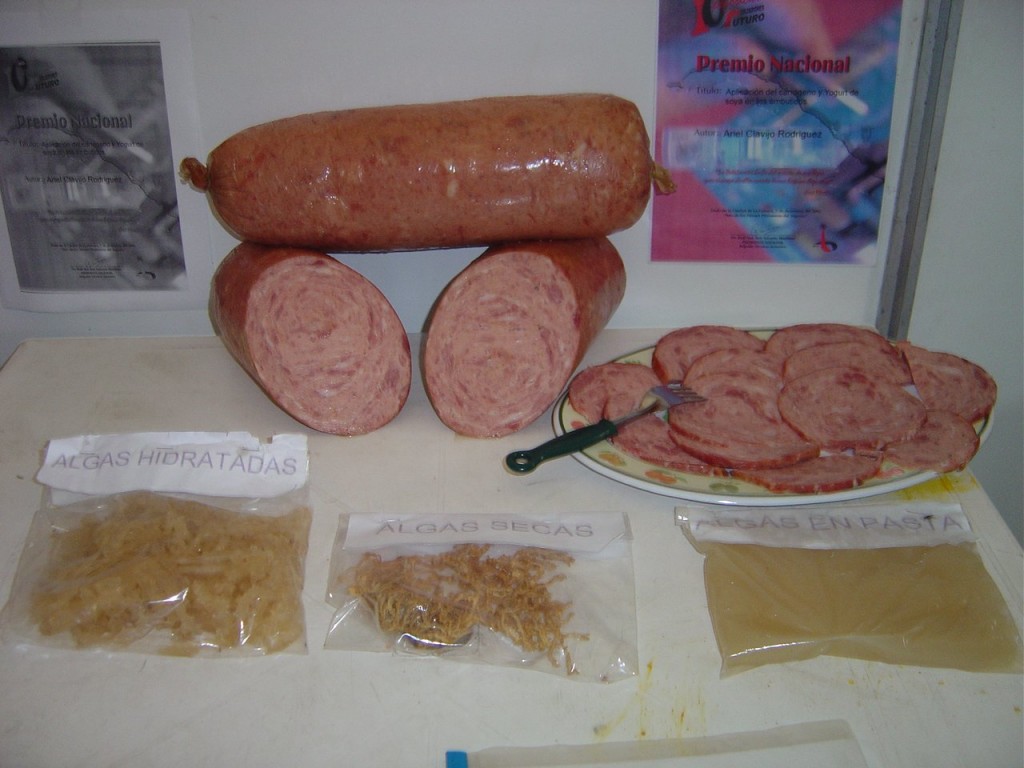 Nearby, specialist Vivaldo García touted a disease-resistant tobacco plant that he said should allow growers to produce an additional $23.3 million in crops during 2002-03.
Another innovator showed off a machine used to recycle rubber hoses. Still another touted new techniques allowing Cuban electrical plants to run on domestic oil rather than the more expensive imported light crude.
Cuban inventors over the years have made dramatic advances, according to Arnie Coro, science editor for Radio Havana Cuba.
They keep complex medical diagnostic equipment running without spare parts; they design and build parts for century-old locomotives; and they develop high-powered radar used to forecast hurricanes, he said.
One unique Cuban invention is the Camello – or Camel, a modified tractor-trailer designed to carry at least 300 passengers. Temperatures inside are stifling on most days. Pickpockets abound, and some men routinely run their hands over female passengers.
The Camel, Cubans say, is like an R-rated movie because it features sex, violence and adult language.
“You can be sure that whoever invented the Camello never rides it,” goes a popular saying.
Ideas by the gallons
In July, another Cuban invention caught the world’s attention. The U.S. Coast Guard intercepted at sea a bright green 1951 Chevy pickup truck that was motoring to Florida.
Cubans had attached 55-gallon drums to the Chevy to make it float. Then they connected the drive shaft to a propeller and took off at 8 mph, almost reaching U.S. shores before they were intercepted. 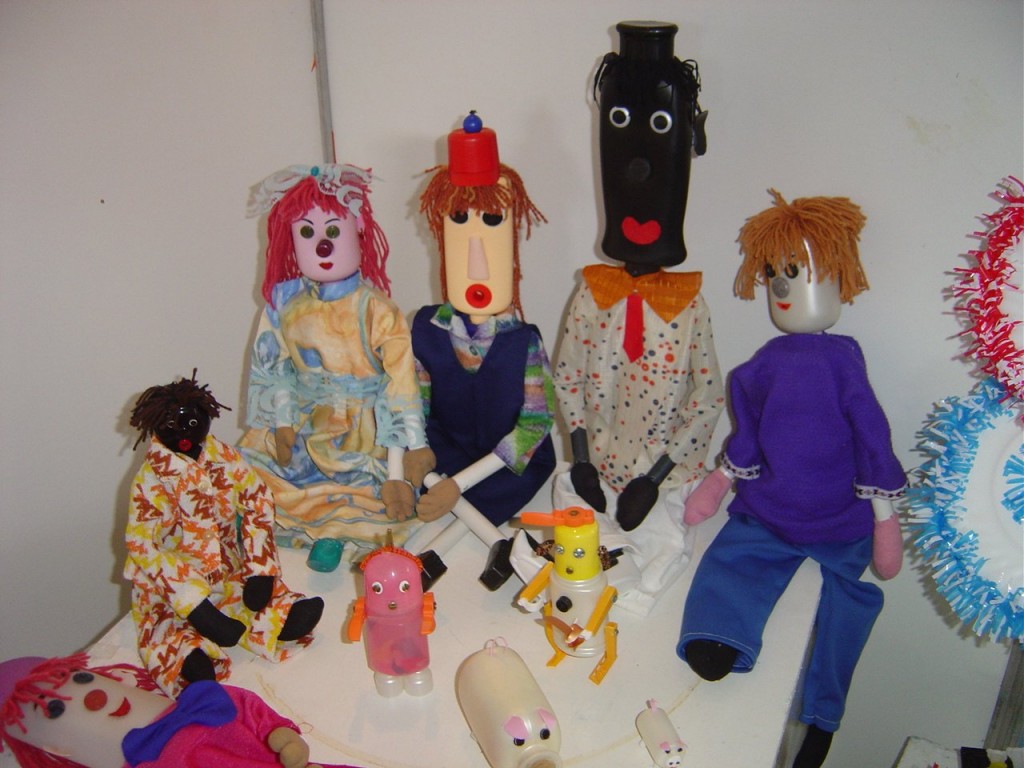 The art of innovation flourishes in the Western Hemisphere’s last Marxist outpost. It’s vast and mind-numbing in scope, and it’s in plain sight in every Cuban town.
In Holguín, vendors sell a mishmash of homemade products. Bike pedals made in someone’s garage go for the equivalent of $1.50, toy metal police cars for $1 and hand-crafted hotplates for $2. Mirrors, shaving brushes and hand-carved wooden rat traps are 15 Cuban pesos each, a little more than half a dollar.
A life skill
“Life has taught us we have to invent to survive,” said vendor Doris Ramírez, 40, whose horsehair paint brushes cost from 38 cents to $1.
“We’ve learned that everything has a solution.”
Indeed, nothing is impossible for many Cubans. They hang water-filled plastic bags to ward off mosquitoes, believing that light glancing off the plastic spooks the bugs. They turn rice sacks into curtains. And they rumble around in old Fords refitted with Soviet engines and tractor parts.
“I’d say that 80 percent of the big American cars from the 1950s – the Cadillacs, Pontiacs and others – now run on diesel motors,” said Aldo Gonzáles, 37, a Havana economist whose French-made Peugeot 404 is fitted with Russian parts.
So pervasive is the inventing craze that garbage collectors complain that they rarely find anything good in the trash.
“Cubans throw nothing away,” grumbled Ramón, a street sweeper in Holguín.