At the tender age of 8, Lázaro Castro gave a fiery political speech to hundreds of thousands of people, then unexpectedly leapt off the stage and kissed Fidel Castro on the cheek.
More than four years and dozens of speeches later, the precocious youngster is a celebrity of sorts, a poster child for the Cuban revolution. He’s one of the most famous of Cuba’s pioneros, or pioneers, young Cubans who get their political and patriotic baptism each Oct. 9, the anniversary of the death of guerrilla Ernesto “Che” Guevara.
On that special day this year, 148,199 Cuban children ages 5 and 6 became pioneers and were given their first blue neck scarf, a piece of cloth that’s sacred in this land. They’ll wear it to school every day this fall, and on Fridays they’ll stand and call out in unison, “We will be like Che!”
Pioneers are taught to worship Mr. Guevara, killed in 1967 by Bolivian soldiers trained by Green Beret and CIA operatives.
The late Argentine rebel is an icon in the Third World and the subject of The Motorcycle Diaries, a movie released in September about his 1950s adventures in South America. 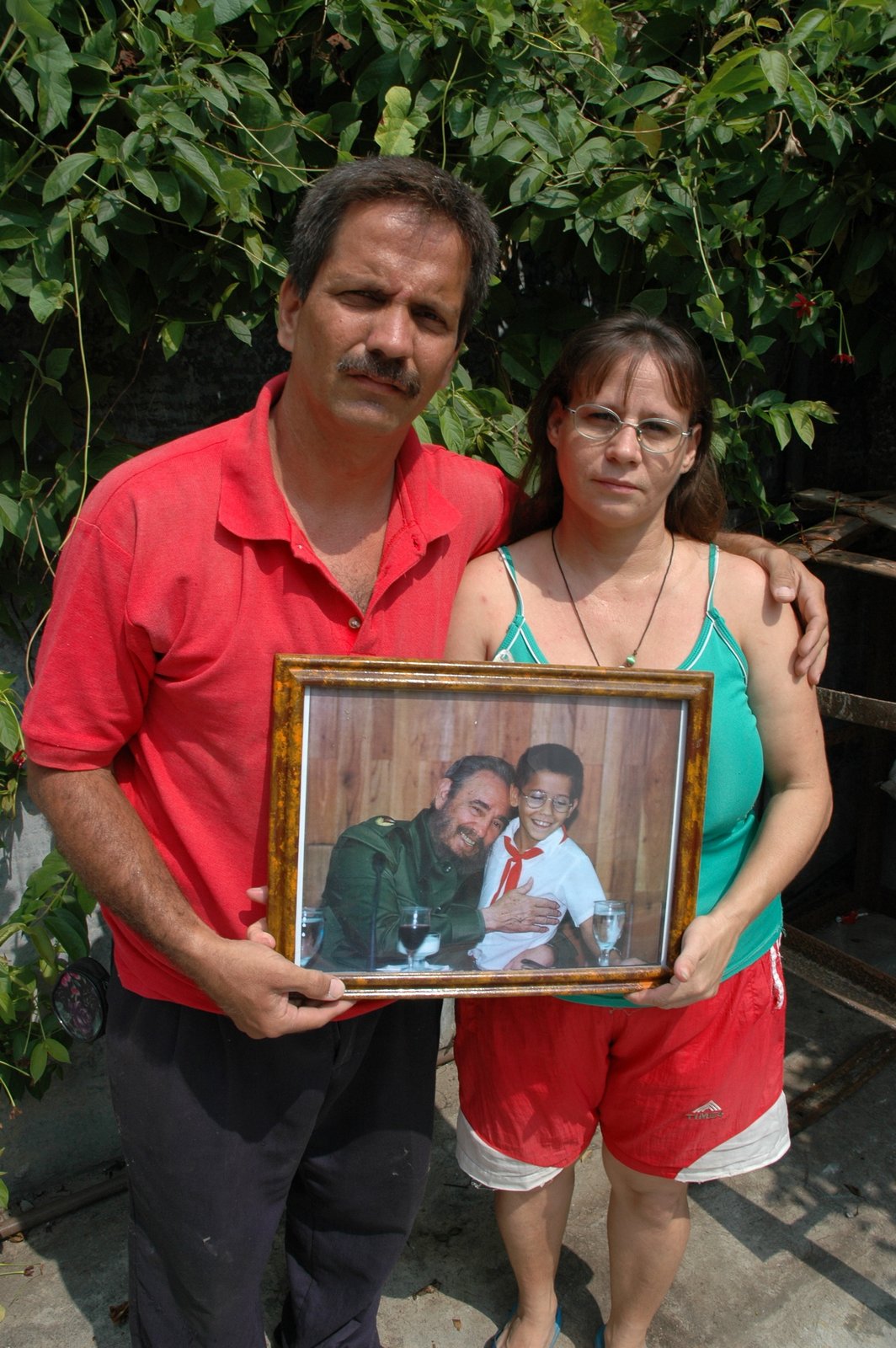 Lázaro Castro, now 13, adores Che – and Fidel Castro. As a preschooler, he started learning about their revolutionary exploits. He took their messages to heart, memorizing their speeches. And today he regularly travels around the country and abroad spreading the word to millions of people and issuing stinging criticisms of President Bush and the U.S. sanctions against Cuba.
But not all people are comfortable seeing Cuban pioneers so immersed in politics.
“Getting children involved in political problems that only adults can understand violates what makes childhood unique,” said Alina Sánchez, 26, a veterinarian. “Childhood is sacred. It’s a time of innocence.”
Castro loyalists counter that the pioneers’ political work underscores just how much the government cares about children.
The debate over Cuban children and politics erupted during the custody battle over Elián González, a grade-schooler found clinging to a raft off Florida’s coast on Thanksgiving Day in 1999.
His mother and 11 others hoping to reach the United States died in the voyage. In June 2000, a U.S. judge ordered that Elián be returned to his father in Cuba. The pioneer’s Miami relatives had fought against that, saying they feared Elián would be brainwashed in Cuba.
“State control of the Cuban child begins shortly after birth,” conservative writer William Norman Grigg wrote during the Elián affair. “Cuban schoolchildren are marinated in hatred for enemies of the revolution … and relentlessly programmed to love Fidel.”
‘Communist personality’
Under Cuban law, “the family, teachers, political organizations and mass organizations” have a duty to help children develop a “communist personality.” And they must protect young people from “any influence contrary to their communist formation.”
Claudia Márquez, an independent Cuban journalist, said she once went to her 5-year-old’s class and saw his teacher passing out plastic guns and shouting: “Go! Shoot! Boom! Boom! We are killing imperialism!”
“Education in Cuba is free and obligatory until age 16, but it is infused with the ideology that rules our island,” she wrote in a December 2003 newspaper column. “What use is education when it turns into a weapon of mass indoctrination?”
In July, President Bush put his own spin on the treatment of children in Cuba when he accused the socialist government of promoting child prostitution.
Mr. Castro and his supporters reacted sharply, saying they were deeply offended.
It’s a “vile accusation … dreadful and repugnant,” Mr. Castro said. “No country in the world has given children as much physical and moral protection, as much health and education, as Cuba.” 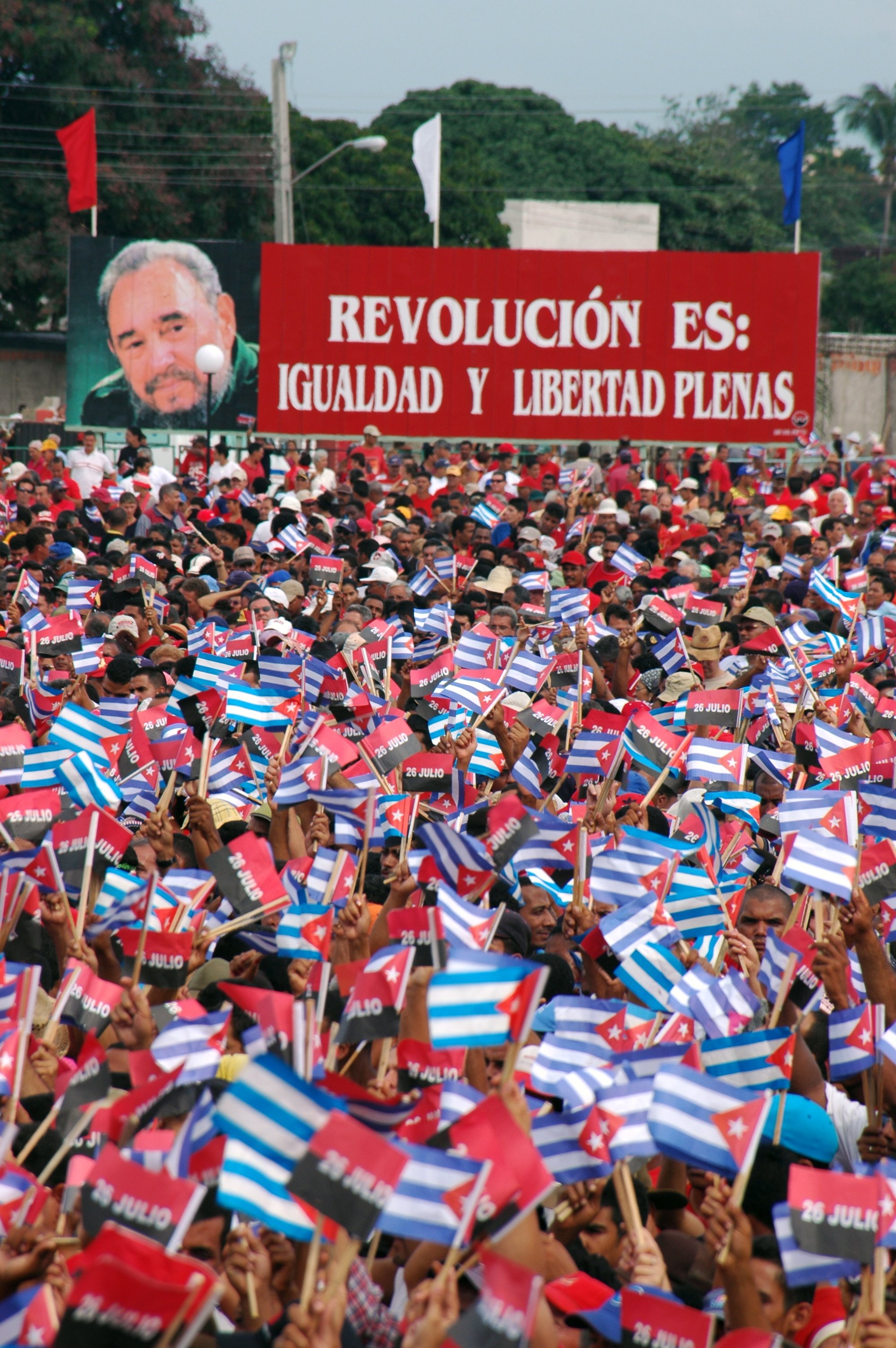 Similar views abound in Guanabacoa, the small town where Lázaro grew up.
The walls of his home and the fence that surround it are covered with words and numbers. It’s a giant chalkboard where Lázaro learned to read and write.
The letters are large because Lazarito, as his parents call him, was born with vision problems.
“When he was a baby, he would crawl around and bump into furniture. We thought he was blind,” said his mother, Marta Delgado, 42.
An operation at age 5 improved his vision dramatically.
The boy skipped kindergarten and excelled in grade school. Teachers noticed he had a knack for public speaking, and he quickly became pioneer leader.
On June 2, 2000, Lazarito appeared before a huge crowd in Havana, demanded the return of Elián and read a poem to Mr. Castro.
“Thank you for your faithful rifle,
“Thank you for your pen and your paper,
“Thank you for your heart,” he said. 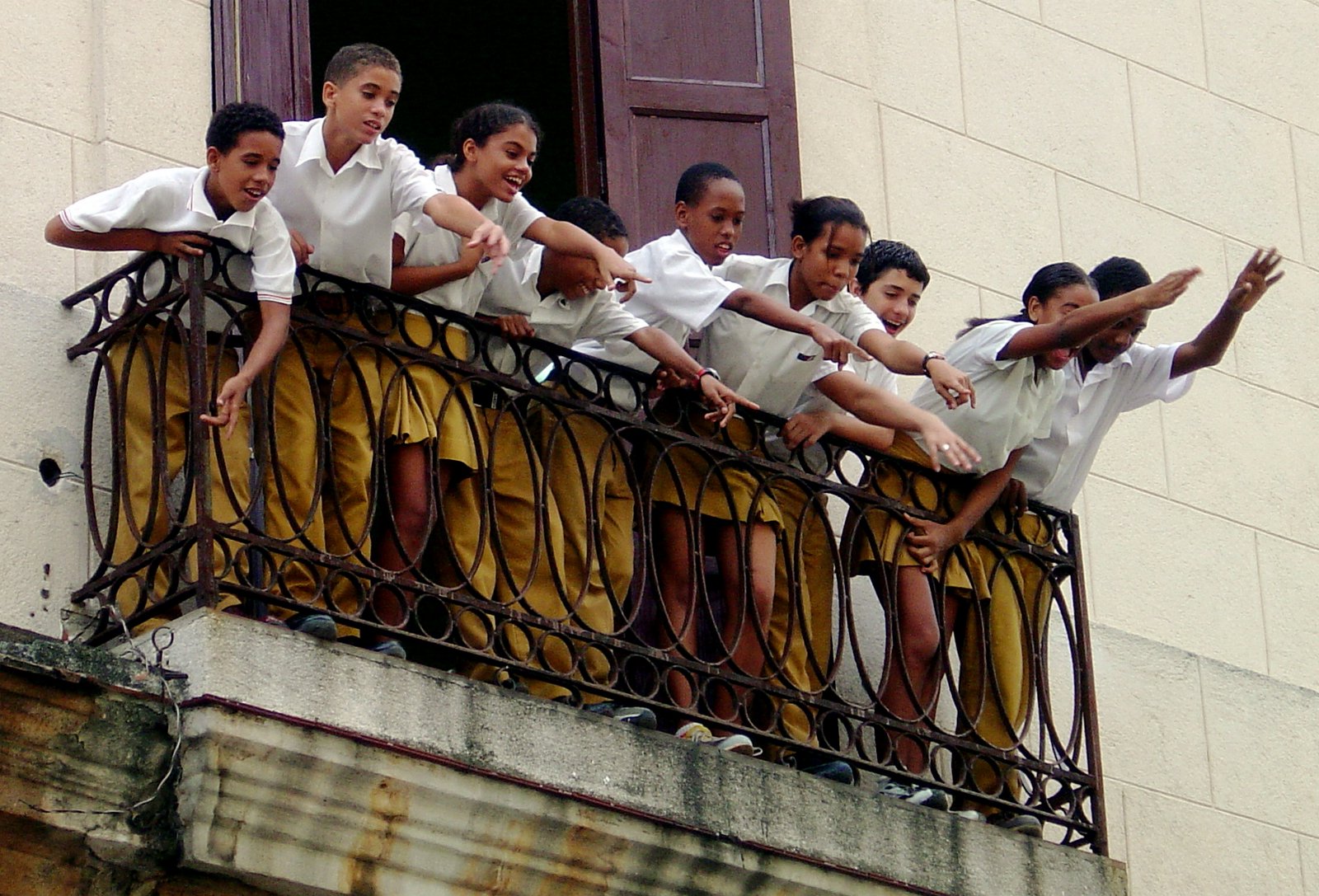 Something about the boy caught Mr. Castro’s attention. And after the event, his aides whisked the pioneer and his parents off to a five-hour private meeting with the president.
Lazarito’s parents say they were so stunned to be sitting alongside Mr. Castro that they could hardly speak. But their son was completely at ease and spoke to the Cuban leader about issues as diverse as the Big Bang theory, the ozone layer and global warming.
At one point, Mr. Castro put his hand on the child’s head.
“Lázaro wouldn’t wash his hair for a week after that,” his mother said. “And he wrapped up the school uniform he was wearing, and now he won’t let people touch it. He says it has Fidel Castro’s fingerprints on it and he wants to keep it forever.”
The same goes for a book that Mr. Castro signed. It’s encased in plastic, and Lazarito won’t let anyone open it.
“He’s obsessed with Fidel Castro,” his mother said.
Whether all this is good for Lazarito is a question she doesn’t even consider. She and her husband, Lázaro, 41, a taxi driver, say the revolution has made Cuba a place of justice and social equality, free schooling and health care. They are grateful for that. And like their son, they worship their commander in chief.
“A lot of Cubans who can’t afford toilet paper use the newspaper instead. We do that, too,” the boy’s father said. “But if we see a photo of Fidel Castro, we cut it out and save it. We love Fidel with our life. And we pray for his health every night.”
Taking on Bush
In recent months, Mr. Castro and his pint-sized mentors have been lashing out at the Bush administration’s tightening of economic sanctions against Cuba.
“How do they dare tell us they’ll make us a free people when we’ve enjoyed the fairest, most humanitarian revolution ever known?” Lazarito told a crowd on June 21. “Enough of these ridiculous measures against our people and these cheap lessons in democracy.”
His speeches are so well written that some Cubans are convinced that Communist Party officials help him.
“A child doesn’t have the ability to analyze a topic so profoundly and so convincingly,” said Caridad Rodríguez, 48, an accountant. “These kids don’t know anything about international politics.”
Lazarito knows plenty, said his mother. He’s a voracious reader, and he writes his speeches and poems without help, she said.
“I can’t keep up with him. He has an answer for everything.”
To be sure, the pioneer has captured Mr. Castro’s attention. The two have appeared on state-run television many times, chatting, sitting together, even playing chess.
That has helped turn Lazarito into a household name. But the teenager remains humble and easy-going, his mother said.
“He’s a normal child. He hasn’t stopped being a child,” she said. “He likes to run around and play just like all the other kids in the neighborhood.”