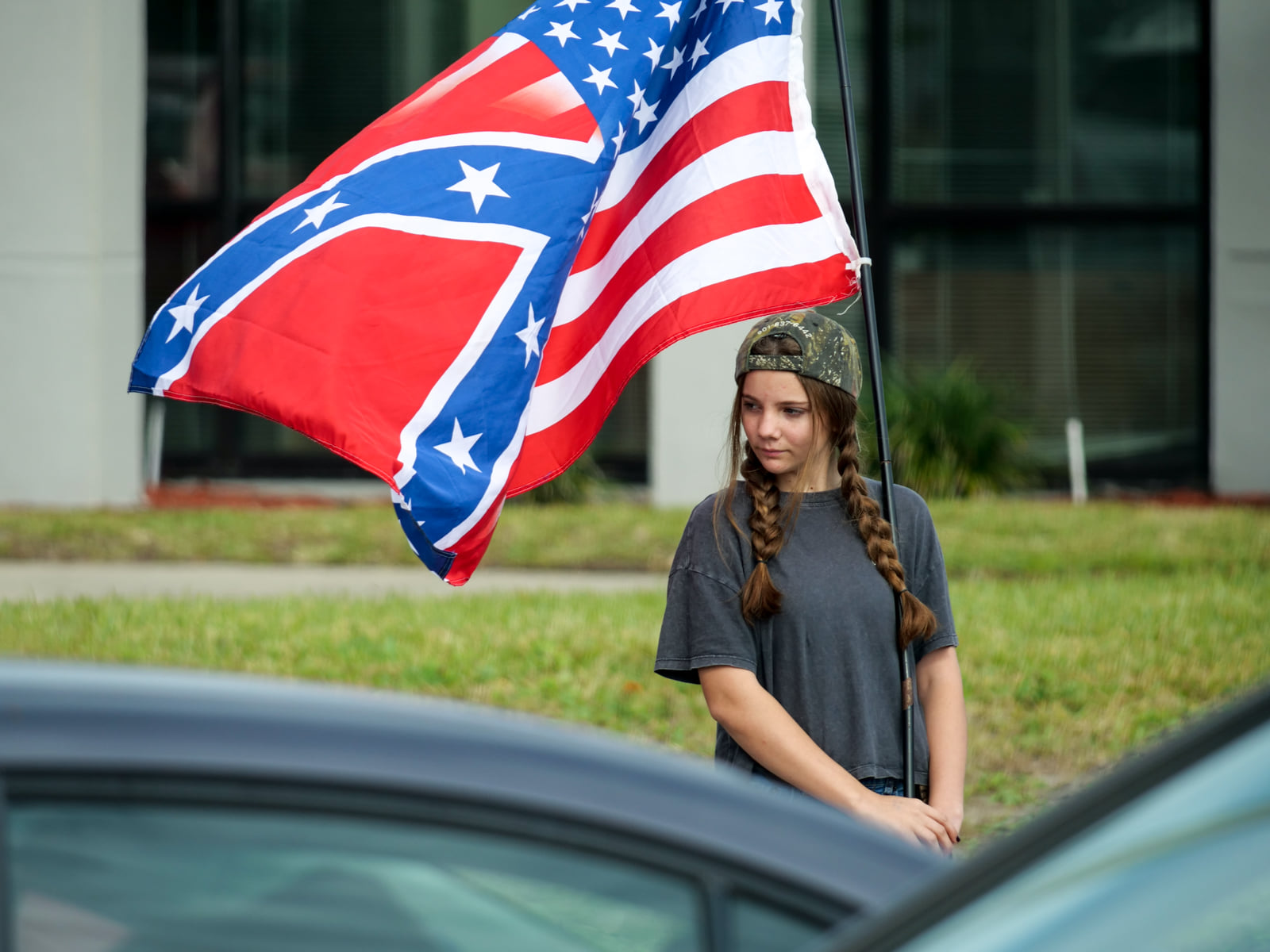 Below are videos from rallies and protests in Florida. More to come.

Look Ahead America held rallies today in Washington, D.C. and nine states in support of defendants jailed in the Jan. 6 breach of the U.S. Capitol Building. The states included Florida, Arizona, Georgia, Iowa, New Jersey, New York, South Carolina, Texas and Wyoming. These photos are from the Florida rally, which took place at the Indian River County Courthouse in Vero Beach. Speakers included conservative Republican activists, at least one political candidate, members of the Proud Boys and relatives of two defendants.

Vimeo removed this video “for violating our Guidelines. Reason: We do not permit content that seeks to spread false or misleading information about voting.”
Conservative Republican activists went to Tallahassee, Florida, on July 10 to call for the release of protestors arrested after the Jan. 6 breach of the U.S. capitol. More than a dozen Proud Boys joined them. Speakers included the wife of one of the defendants and the father of another defendant.

Proud Boys leader Enrique Tarrio joined conservative Republican activists in Tallahassee, Florida, on July 10, 2021, to call for the release of protestors arrested after the Jan. 6 breach of the U.S. capitol.

Police arrested three people at a protest aimed at forcing Flagler College Board of Trustees member Mark Bailey to resign.
Rev. Ron Rawls, who led the protest, had criticized Bailey for offering to help pay for a sewer infrastructure project in West Augustine in exchange for keeping a Confederate monument that had stood for 141 years.
By then, the St. Augustine City Commission had already removed the 50-ton monument. Bailey had opposed it, writing:
“I do not believe that the removal of the obelisk will lead to any changes that impact our African American community. My wife and I and many other individuals and businesses in this community give of their time, talent and treasure every day. The two of us serve on as many as 10 nonprofit boards at any one time and spend no less than a day per week focused on these organizational needs. This should be your focus as a Commission. Bring the community together to understand the concerns and goals that are achievable. I am sorry if this is perceived as offensive, but most of our protesters do not know what it means to make a real difference. Once this obelisk, and perhaps other statues in our town are removed, they will revert back to their own lives and will not give back in any meaningful way, yet they will believe that they were a part of a positive change.”
Not long after the monument was moved, Rawls left the St. Paul AME Church in St. Augustine and went to work for a church in Gainesville where he lives.
“We put the work in because we knew it was the right thing,” Rawls said. “And I know God told me to do it. So I definitely was going to … see it through to the end. But it’s done.”
Rawls also said he supported protests and even violence going on around the country if that helped wipe out white supremacy and prevented white police officers from killing Black men.
“I’m in support of the aggression,” he said in a live stream video posted on Facebook. “Everything that’s going on is getting folks’ attention. This country has to get turned upside-down.”
The threat of violence is leverage, he said. “We’ll literally tear up your whole infrastructure.”