Her parents toyed with calling her Vivian, but that had no pizazz, no imagination. So they settled on their own creation: Naiviv.
“It’s Vivian in reverse,” said Naiviv Trasancos, a 25-year-old travel agent. “I like it. It’s different, distinctive.”
Cubans say that during four decades of being virtually cut off from Western popular culture, they have perfected the art of making up names.
Forget Miguel and Jose, Carmen and Maria, Jorge and Isabel. Way too blah, say the Cubans, who go by everything from Yusimi and Yanko to Yusmeli and Yasnara.
One Cuban mother named her boy Yesdasi – Yes-da-si – yes in English, Russian and Spanish.
Another came up with Yotuiel. That translates roughly from Spanish as “me, you and him.”
“We invent names because we’re looking for originality,” said Senel Paz, who wrote the screenplay for the acclaimed movie Fresa y Chocolate – Strawberry and Chocolate . “I think some Cubans started inventing names to imitate the sound of Russian. People are drawn to exotic sounds.”
His own name is an invention of sorts. He said his mother named him Senel but probably meant Senen, an established name. But like a lot of Cubans who automatically replace the letter “n” with “l” in their rapid-fire Caribbean speech, she made it Senel.
“I don’t know of any other Senels except some of my relatives – and they’re named after me,” said Mr. Paz over a lunch of rice, shrimp and salad.
One Cuban name – Elian – has been in the headlines lately. Six-year-old Elian Gonzalez was rescued at sea in November after his mother, Elizabet, and 10 other Cubans drowned trying to reach South Florida. His father, Juan Miguel Gonzalez, wants the boy returned to Cuba, but Elian’s Florida relatives have refused, sparking protests in Havana.
The boy’s name comes from the first three letters of his mother’s name and the last two letters of his father’s name. But some inventive, if cynical, Cubans have come up with a different interpretation in recent days. Elian, they say, really stands for Estoy libre, imbeciles, aprenda a nadar!
English translation: “I’m free, imbeciles, learn to swim!”
Personal approach
Not all names are so steeped in politics.
Mario and his wife, Iracema, named their daughter, Mayira, using the first letters of their names, then stuck “y” – which means and – in the middle.
In another case, Marta and her husband, Bienvenido, named their daughter Marbi, combining the first letters of their names.
“There are a lot of invented names in Cuba. It’s not always to make this point or that, but to be different,” Cuban journalist Marta Rojas said. “It’s a novelty.”
Cubans sometimes pick names simply because they like the look of them. Scores of children living near Guantanamo, an American military base on the eastern tip of Cuba, are named Usnavy, taken from U.S. Navy. Others are Usmail, from U.S. Mail. 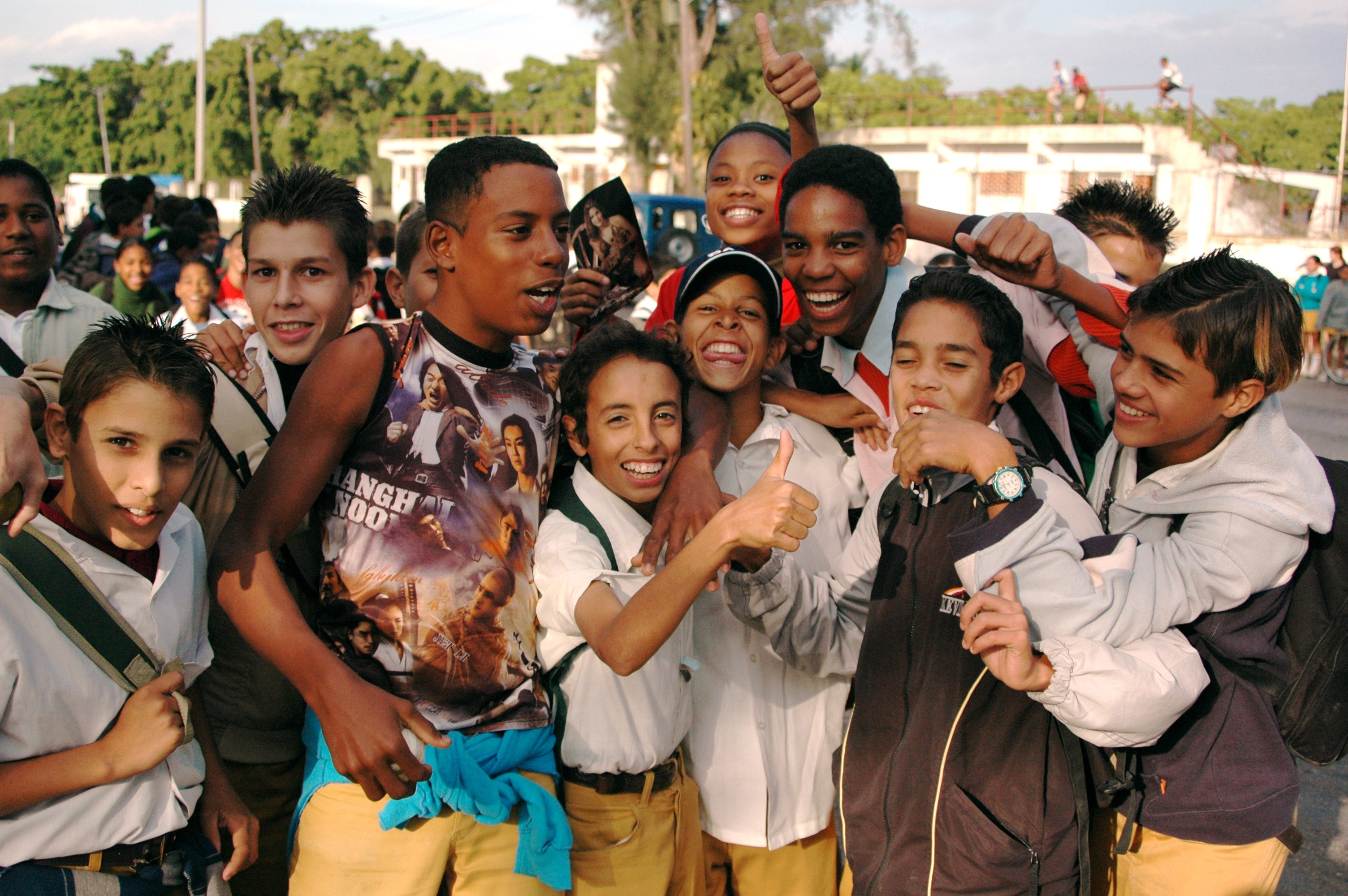 One woman named her son William Guillermo over the protests of her relatives. In English, that’s William William.
Given such combinations, the Cuban government sometimes refuses to allow certain names. But meddling can have unintended consequences, as it did in the case of the mother who wanted to call her daughter Maria Jose.
Maria is fine, Cuban officials said, but not Jose because that’s a boy’s name.
OK, said the mother, who finally opted for Esoj Airam – Maria Jose spelled backward.
Officials accepted that.
Taking ordinary names and spelling them backward isn’t uncommon in Cuba. Examples include Odraude, from Eduardo; Orgen, from Negro; Leinad, from Daniel; and Susej, from Jesus.
Some parents name their children after Mexican, Brazilian and Argentine soap opera stars. Others pay tribute to revolutionary figures.
Fidel, Fidelia
Legions of children have been named after Cuban President Fidel Castro; his brother, Raul Castro, chief of the Cuban armed forces; the late rebel Camilo Cienfuegos; and other heroes of the 1959 revolution.
Some Cuban mothers are so taken with Mr. Castro, now 73, that they name a son Fidel and a daughter Fidelia.
“To be sure, I was named in honor of Fidel,” said Ana Fidelia Quirot, a Cuban track star and one of the island’s most famous Olympic athletes. “I’m very proud of it.”
Other Cubans go beyond rebel icons and name their children after esoteric military institutions.
One couple named their son Dampar, which stands for Defensa Anti-Aerea de las Fuerzas Armadas Revolucionaries – Anti-Air Defense of the Revolutionary Armed Forces.
Evidently caught up in revolutionary fervor, the same couple named their daughter Sempi, for Sociedad de Educacion Patriotica Militaria – the Society of Patrotic Military Education.
Other Cubans have such names as Inra, for the Instituto Nacional de la Reforma Agraria – the National Institute of Agrarian Reform; Init, the Instituto Nacional de la Industria Turistica – the National Institute of the Tourist Industry; and Pursia, for Partido Unido de la Revolucion Socialista – United Party of the Socialist Revolution.
Cuba’s 1998 juvenile boxing champion, Stalin Lopez, was named after Josef Stalin, the late Soviet premier.
Once children grow up, they sometimes change or shorten their names, as was the case of Mao Lenin. Now an adult, he goes by Lenin.
Another man, Onailimixam – Maximiliano in reverse, shortened his name to Ona.
Enough, already
Some Cubans are fed up with the strangeness of it all.
“What’s wrong with Gustavo? Or Jaime? We Cubans have gone crazy with names,” said Juan Mendoza, a Havana fisherman blessed, or cursed, with a common name.
Felix Savon, Cuba’s two-time Olympic heavyweight boxing champion, ultimately went with something safe: He named four of his five children after himself.
His two sets of twins are named Felix Mario and Maria Felix, 4 years old, and Felix Felix and Felix Ignacio, 8 months old.
Other Cubans insist on the unusual.
Take the case of Cuban actor Jorge Perugorria and his wife, Elsa. He had always wanted a daughter but got three sons instead. He persuaded her to try one last time, and she had yet another son.
Thankful that childbearing was over, she named him Amen.
Some devout Cubans name their children after Roman Catholic saints. A calendar showing the saint of the day helps them pick. But things don’t always go right.
Some Cuban children, with humble parents still trying to figure out which side of the paper holds the saint’s name, have actually been named Santoral al Dorso:
“Saint on Reverse.”