Cathalina Christina James loved to travel and hoped to visit all 50 states, her father said. But he worried about her.

“I used to tell her all the time: Strike one, you’re black. Strike two, you are transgender, and strike three, you are outgoing, and you’re not afraid being in public,” said Donald James, a truck driver in Bishopville, South Carolina. “You got three strikes against you, so you got to be real, real, real careful. She always told me, ‘Don’t y’all worry. It’ll be all right.'”

On June 24, 2018, she was shot to death in Jacksonville, Florida. Her body was found at around 1 p.m. on the third floor of the Quality Inn & Suites along Dixie Ellis Trail, Jacksonville sheriff’s deputies say. 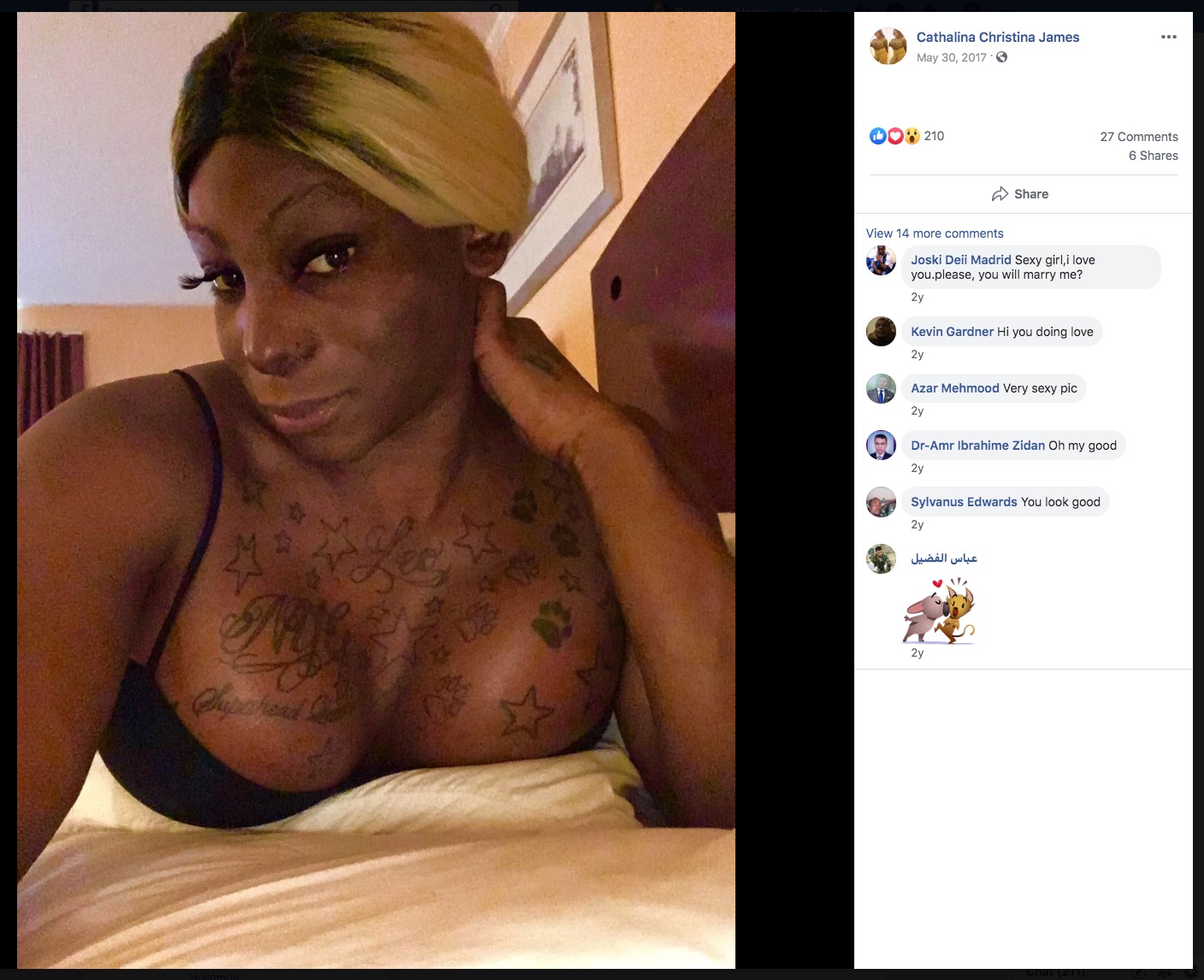 She is one of at least 185 transgender people killed in the United States since 2010.

Transgender activists fear the toll is higher, and no one knows for sure how many have been killed. That’s because the FBI does not classify homicides by gender identity, leaving activists and researchers to track transgender murders.

“It’s possible there have been other crimes we don’t even know about,” said Dan Merkan, an LGBTQ advocate in Jacksonville, Florida.

At least 18 transgender people have been killed in the US this year, according to the Human Rights Campaign, the nation’s largest LBGTQ rights organizations. But there may be countless others whose death’s have gone unacknowledged because of the practice of deadnaming.

Deadnaming refers to calling someone by a name they no longer use, a practice transgender activists say denies the personhood of trans people. Deadnaming can also inadvertently put transgender people in danger by “outing” their transgender status to others.

Deadnaming in cases of murder or assault makes it difficult to accurately track the breadth and scope of violence against transgender people. And sometimes, the families of transgender people complicate the matter.

Claudia Harrison, spokesperson for the Compass Community Center, Florida’s largest LGBTQ center, suspects that the number of trans women killed in 2019 actually reaches into the dozens.

“Often, a person’s family doesn’t accept a trans person’s identity, and will describe them by their gender at birth, so their death is not included in our statistics,” she told Insider. “The ugly truth is, despite some progress made regarding rights for trans people in this country, our society is still largely unwilling to accept them for who they are. Trans people who choose to live authentically are in danger every day simply for being themselves.”

The body of Bee Love Slater, 23, was found burned beyond recognition in a vehicle left along a canal in Clewiston, Florida, on September 4. Investigators have a person of interest in the case, but haven’t made any arrests.

“If you’ve got somebody that identifies as Jill and you’re calling him Sherman or whatever their deadname is, we’ll go, ‘Who?’ And by the time you start identifying the person as Jill, the perpetrator is getting away with it,” said Monica Roberts, a Houston activist who has been tracking trans homicides for more than a decade.

The victims’ friends and family can often help investigators during the crucial 48 hours after a murder, said Roberts, who is transgender. But if investigators deadname the victim, they lose precious time.

“When you refuse to use the preferred name of that person and a community will probably have information based on that name, you’re hampering your ability to solve the case,” said Roberts, creator of TransGriot, an award-winning blog.

“Gina Duncan is not here and does not know what is being done on the ground. She doesn’t know the tireless hours that have been spent by investigators and the work done with the family and friends of Slater. The family has been very satisfied with the investigation. The only person making this a political issue is Duncan. If anything, she is hindering the investigation.

“This was a human being that died a horrendous death. Truthfully, the only thing we want is to solve the murder and try to bring some kind of closure for the family and friends of Slater.”

Sheriff’s deputies say they used Slater’s birth name at first because it was her legal name. After Duncan and others protested, they began adding “Bee Love” to the name.

“I think it’s been established that she used both names,” Hendry sheriff’s Capt. Susan Harrelle said. “Had we only used the name ‘Bee Love,’ it probably would have taken longer to identify the body, or perhaps not at all. Had that name been given to the medical examiner’s office, we may have had a body that could not have been identified at all.”

The sheriff’s office is sensitive to LBGTQ concerns, she added. “As times change, we must change.” 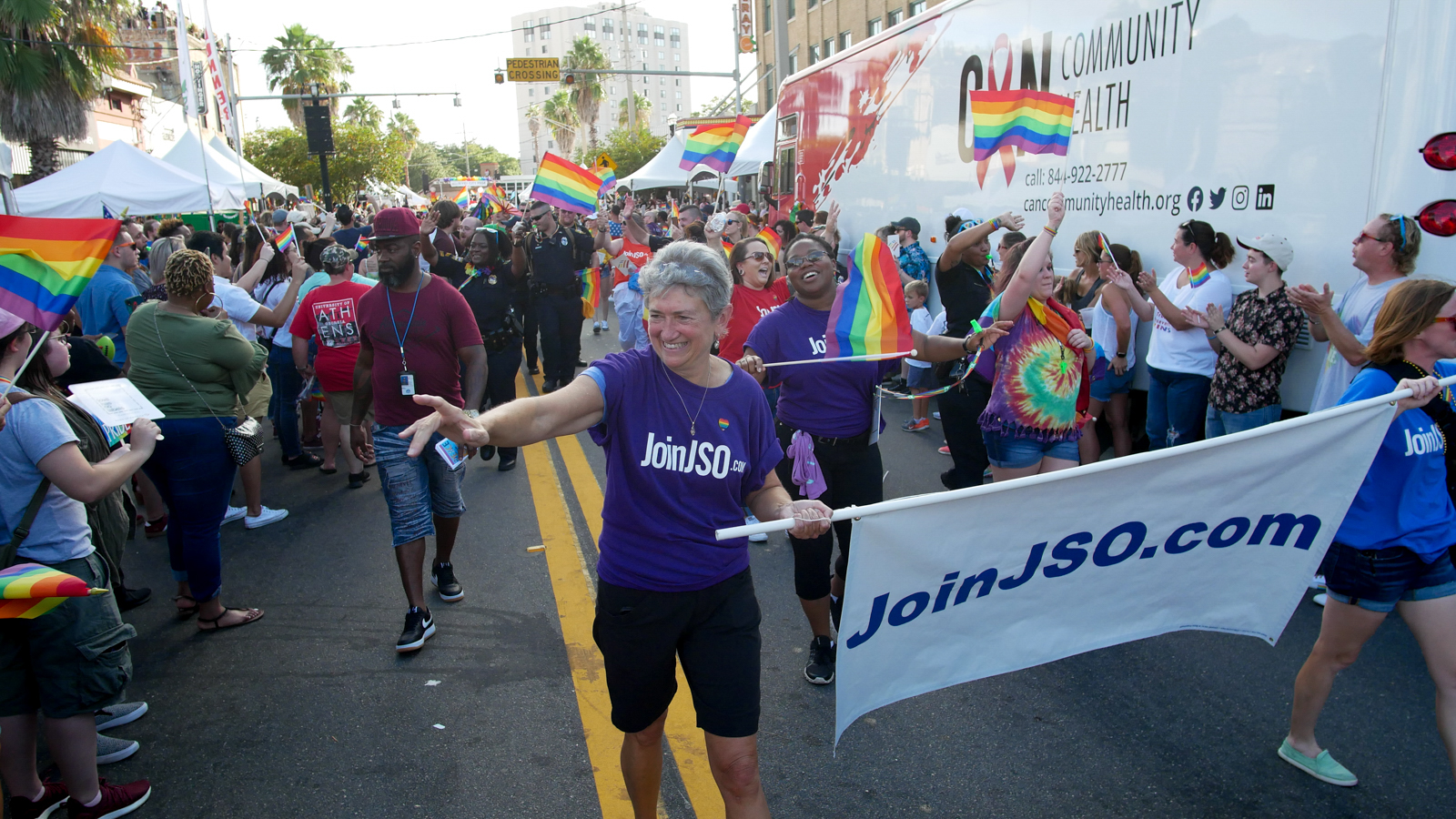 Law enforcement agencies in such cities as New York City, Washington, D.C., Orlando, and Portland are “very progressive,” she said, but some of America’s rural areas lag, especially in the South.

Duncan was born as Greg Pingston and “lived as a man for 50 years,” her biography says. Pingston was class president and homecoming king at Merritt Island High School in Florida. She led her football team to a state championship, and got married and had children. Then later, she transitioned to female, became a successful mortgage banker, and began fighting for transgender rights.

Duncan said she was once deadnamed after giving a speech in Brevard County, Florida. Protesters confronted her and a male friend.

“There were two athletic-looking muscular young men holding this huge banner. The banner said transgender people are mentally ill. I said to one of the young men, ‘Do you really believe what’s on that sign?’ And this young man turned and looked me in the eye and said, ‘Yes, Greg, I do.’ Which was so chilling because they had done their research to find my dead name.” she said. “It was demeaning. And it was alarming because they had taken the time to research my background, come up with my previous name and throw it in my face.” 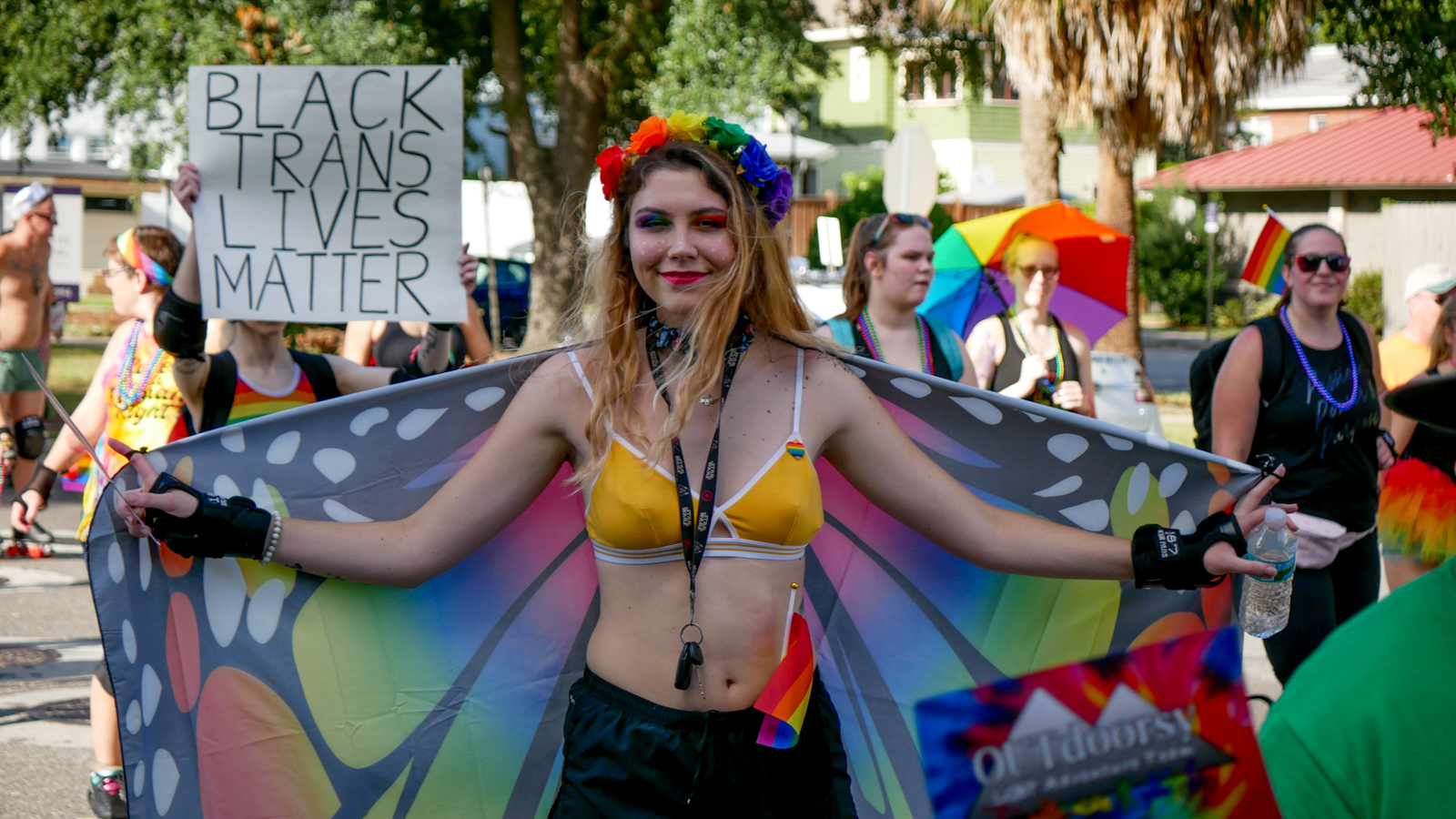 A 2015 survey of 27,715 transgender people said 46 percent reported verbal harassment in the past year, and 9 percent said they had been physically attacked.

Nearly a third said they had been “verbally harassed, denied benefits or service, asked to leave, or assaulted” after showing an ID with a name or gender that didn’t match their gender choice.

Only 30 percent had changed their names legally. Some said they couldn’t afford the cost. More than half the respondents said it cost $100 to $499 to make the change. 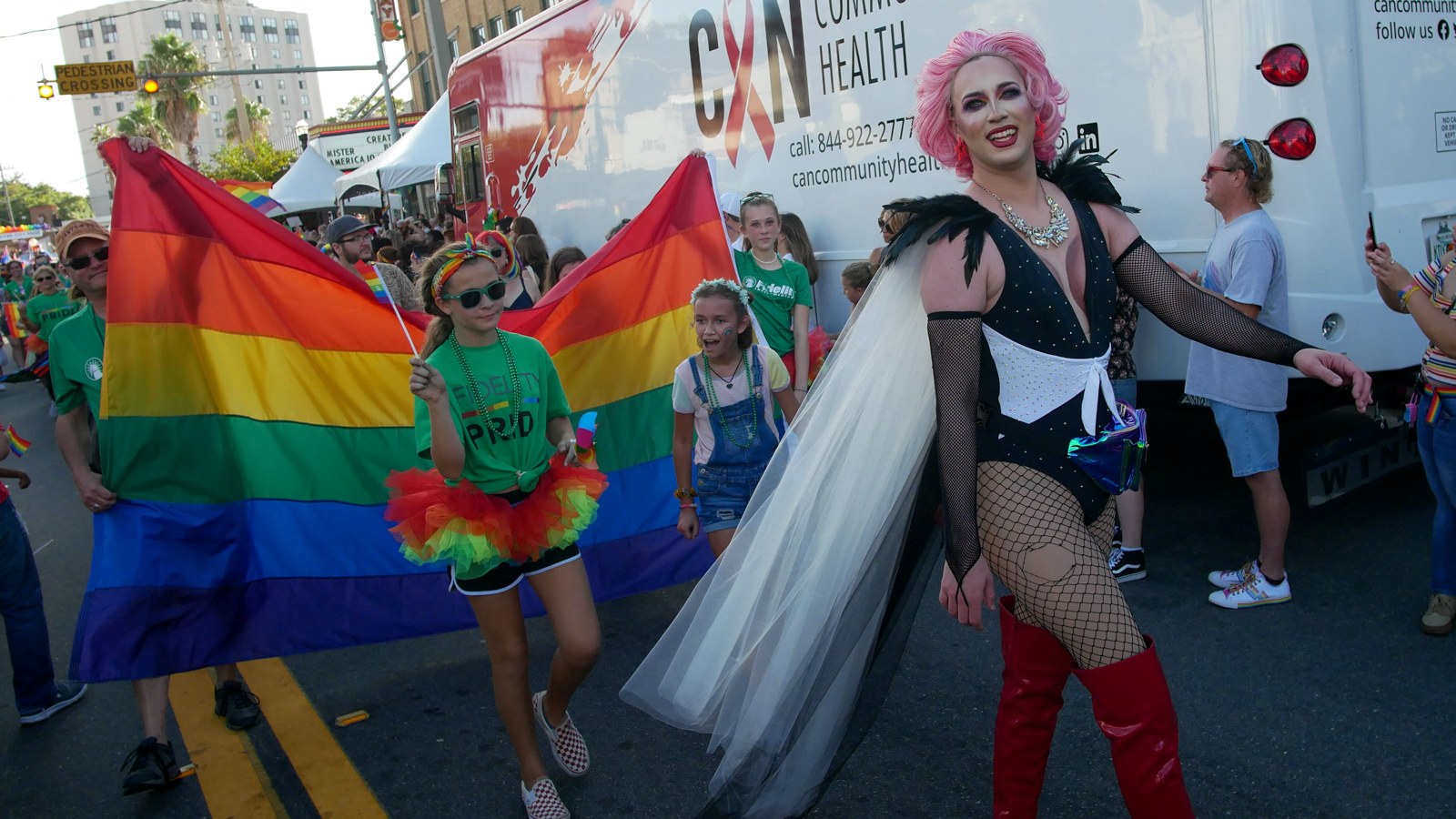 Many transgender people reported they struggled to make ends meet. The survey said 12 percent had resorted to sex work and were more likely to experience violence.

“Very rarely do incidents of violence that are not homicides get media attention,” said Beverly Tillery, executive director of the New York City Anti-Violence Project, the nation’s largest anti-violence LGBTQ organization. “Many people do not trust the police.” 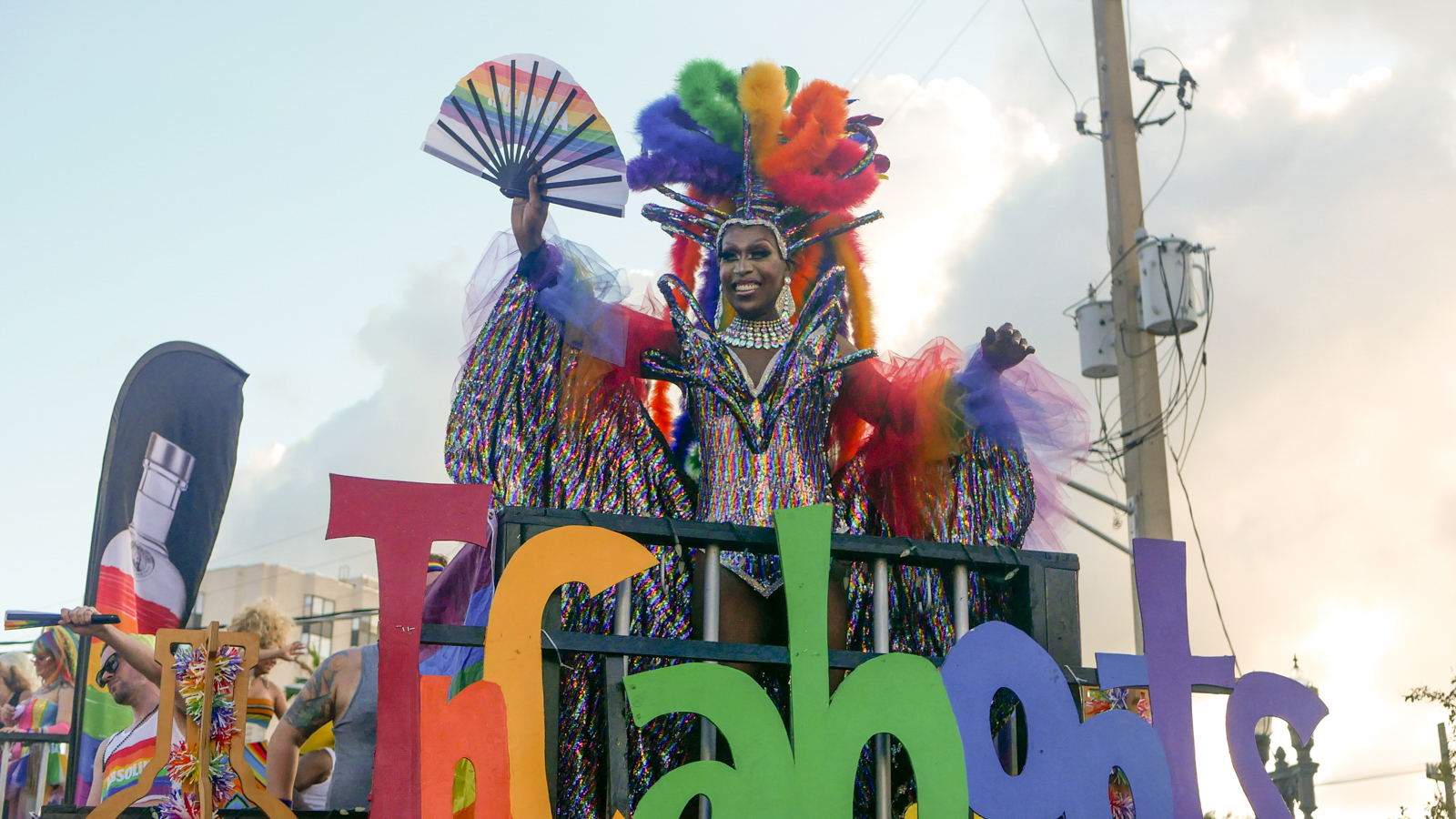 Five black transgender women were killed in Florida in 2018. Antash’a English, 38, died after a drive-by shooting on June 1, 2018.

“She was pretty and soft and loving,” said Chloie Dianna Kensington, 38, a transgender activist and performer in Jacksonville. “She had a big heart. She was the person to make people laugh or see the comedy even in a bad situation.”

English performed in drag shows in Jacksonville clubs. Kensington said she had known her for more than 20 years.

“She did not take life too seriously,” Kensington said. “She always had her head in the clouds planning for her next pageant or performance. She really loved the art of performing. When she passed away, I felt I had lost a sister.” 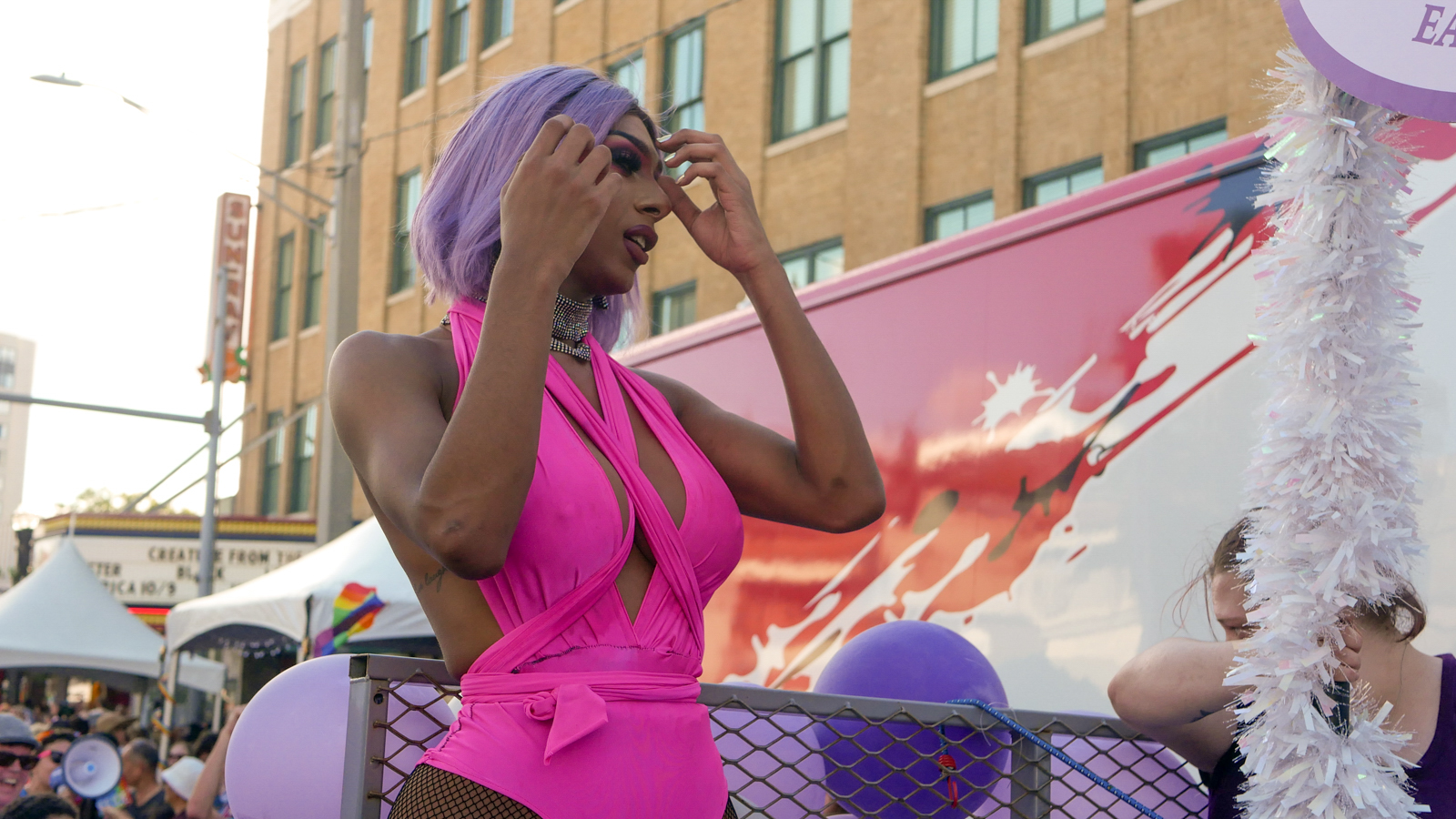 Tracking transgender murders isn’t easy. Transgender identity isn’t usually listed on the forms that medical examiners and coroners use, social epidemiologist Alexis Dinno said. And those who make the gender identification – including police, witnesses, journalists, and others – “would not necessarily know to label a transgender person as such.”

While 0.6 percent of the US population identifies as transgender, only 0.1 percent have undergone surgery or taken other steps to advance their transition, Dinno said. Some gender transitions “are purely social and do not involve medical intervention.”

Some people keep their gender identity secret. They are “invisible,” Dinno said, and “see no possibility of transition, being out, expressing their transgender identity.” 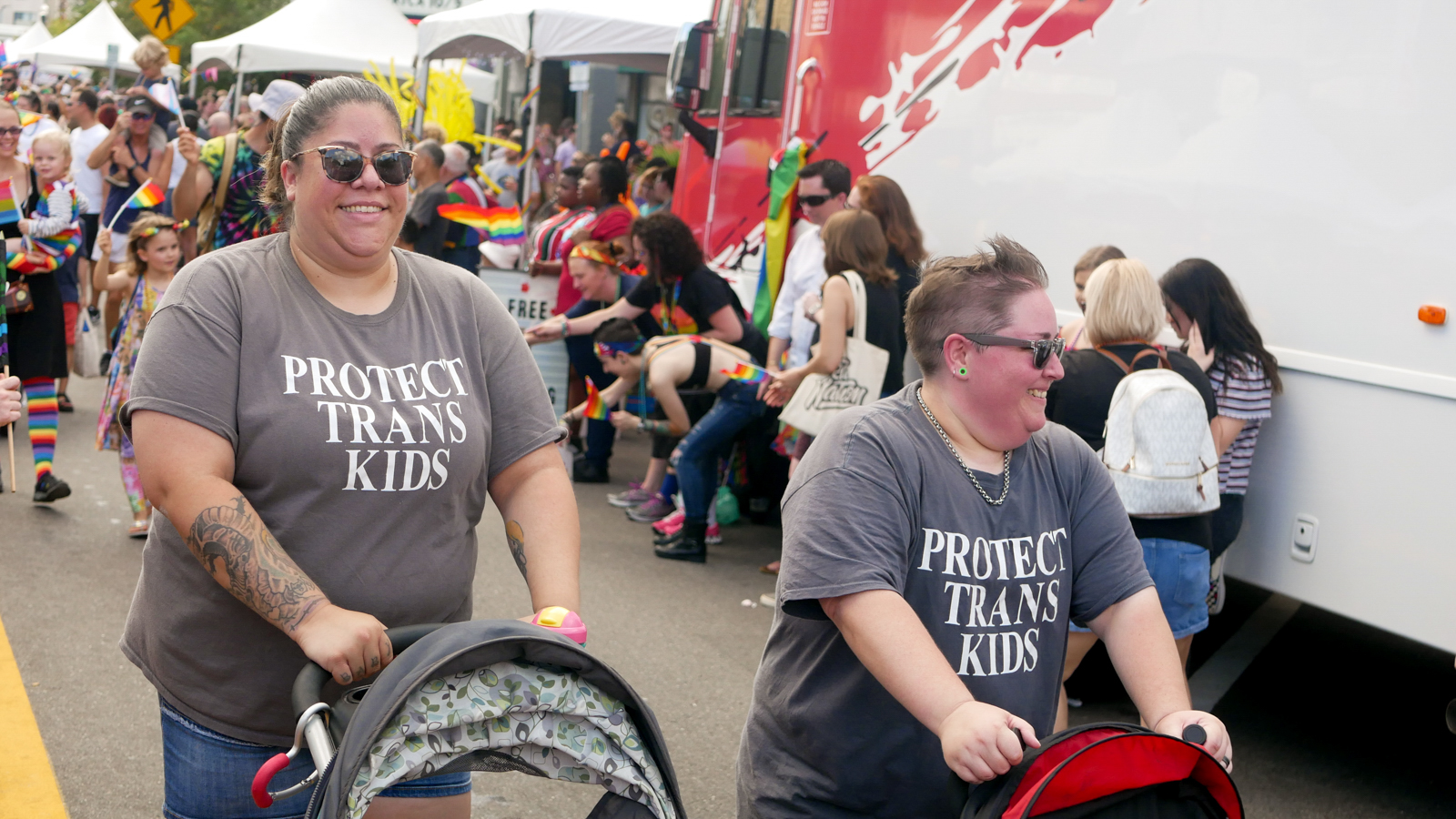 These are “folks you would only know to be transgender because they told you, but otherwise live their lives in alignment with the gender they were assigned at birth,” Dinno said.

After a transgender murder, some families refuse to admit their loved ones’ gender identity and would prefer to erase it, she said.

Overall, the odds of someone aged 15 to 34 being murdered in the US are slim: one in 12,000. But for young black transgender women, the odds jump to one in 2,600, according to an investigation published by Mic.com in 2016.

Cathalina James had tried to avoid trouble, her sister Dee Dee James said. She liked New York and California because they were LBGTQ-friendly. She also felt safe in Florida.

After the killing, some media outlets deadnamed James.

“It’s like a slap in the face,” her father said. “We were outraged.”

“That was my only son,” he said. “After a while, I just came to grips and accepted it. She was determined to be and live the way she wanted to live.” 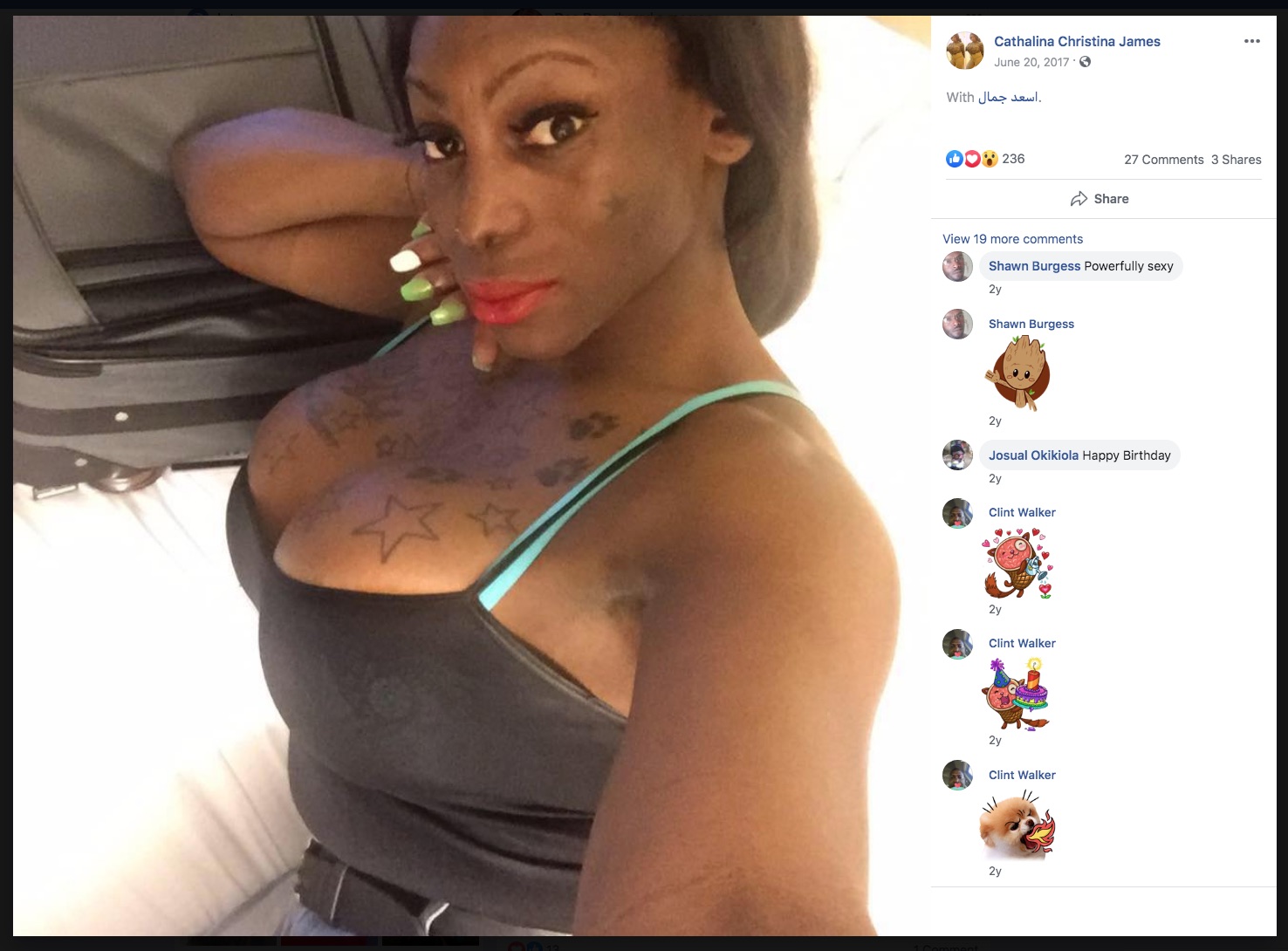 James said he’s upset no one has been arrested in her killing. He believes such cases would be solved faster if the victims were white.

“The capital of Florida would be on fire in Tallahassee. There would be all kinds of stuff going on,” he said. “The justice system is failing the transgender community totally.”

“The family is very frustrated, but we haven’t lost hope,” Dee Dee James said. “We will get the justice we deserve. I just hope we can catch a break soon.”