I wrote this piece for the Dallas Morning News. It was published on July 12, 2003.

At the top of a winding dirt path, past palm trees and overhanging branches, is the entrance to a cave. And inside is one of Cuba’s newest and most unusual museum exhibits: ancient remains of a fabled Taino Indian.
For years, scholars thought a museum was about the only place one could find traces of the long-lost tribe.
Now though, a different view has emerged:
The Tainos survived the Spanish conquest – and 1,000 to 3,000 of their descendants can be found in eastern Cuba. The Indians, with help from supporters in the United States, Puerto Rico and other nations, are on a quest to revive what’s left of their indigenous culture and customs.
Just how successful they’ll be remains to be seen. Resources for such work are scarce. Many Taino descendants are too busy trying to survive tough economic times to worry about their culture. And many traditions have already been forgotten, said Roberto Orduñez, president of the Archaeological Society of Baracoa.
Still, he and others push ahead.
“It’s important to remember the past because without it we are nothing,” Mr. Orduñez said. 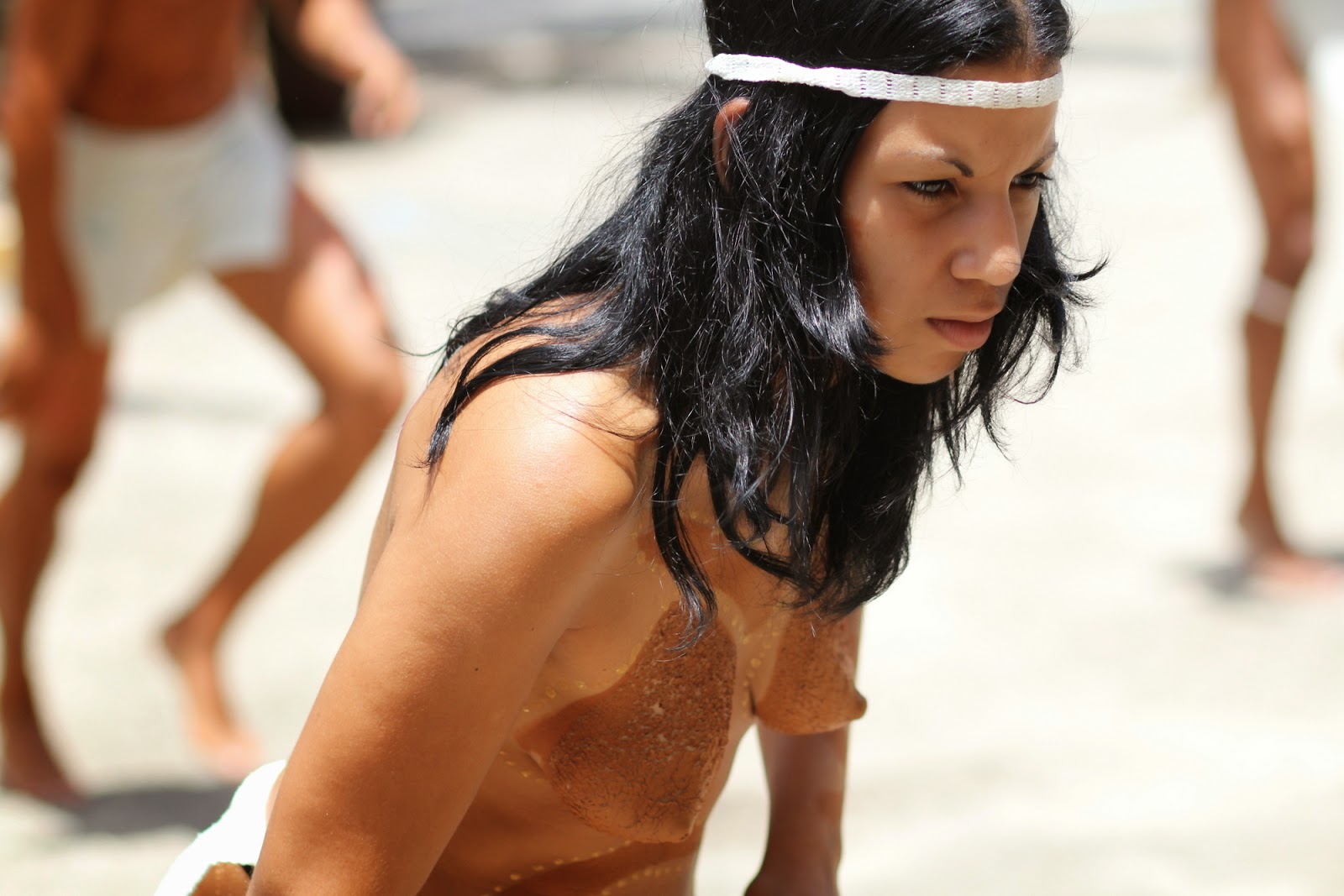 A sign of the Indians’ modest international support came earlier this year when the Smithsonian Institution sent bone fragments of seven Taino Indians to Cuba to be reburied.
Smithsonian workers – and members of three Indian tribes – attended the reburial ceremony in Caridad de los Indios, a village in the mountains of eastern Cuba.
A 1989 U.S. law requires federally funded museums to inventory and, if requested, repatriate human remains to Indian groups. And while the law doesn’t cover Cuba, Taino leaders in the United States spent seven years trying to arrange the reburial, finally succeeding in January.
American archaeologist Mark Harrington had dug up the remains – and thousands of artifacts – in 1915.
Before Columbus
The Taino first journeyed to Cuba from what is now South America about 300 years before Christopher Columbus came ashore in 1492.
Columbus wrote that the Indians, then thought to number at least 120,000, impressed him with their “naked innocence. … They are very gentle without knowing what evil is, without killing, without stealing.”
Columbus later decided the Indians should be enslaved, writing in his journals, “They will make excellent servants.” His vision never came to be.
During the Spanish conquest, hordes of the Taino – no one knows precisely how many – died of smallpox, malaria, abuse or starvation. Others were killed in battle. One Indian leader, Hatuey, tried to organize a rebellion against the Spanish in the 1530s. He was captured and burned alive, and is remembered as a hero in Cuban classrooms today.

By 1508, only an estimated 20,000 to 50,000 Tainos remained, according to the magazine Native Peoples. By 1544, a Catholic bishop reported that 60 were left.
Today, descendants of the Indians can be found throughout the island’s eastern tip.
José Ramón Pérez, 57, lives with his family in a tiny settlement called Los Enanos, or The Dwarves, a 30-minute walk from the highway that stretches from Baracoa to Guantánamo. He grows yucca, plantains, corn, beans and other crops the Indian way – all mixed in together in the same garden, a method that he says keeps the soil rich.
Mr. Pérez also cultivates at least a dozen medicinal plants.
“This one’s good for colds,” he said, bending down to touch a leafy plant growing outside his home. “This other plant is good for aches and pain, and this one will improve your eyesight. My grandfather taught me all about these plants. Now I’m teaching my children.”
His eldest son, Luider Pérez, 37, said he enjoys learning the Taino customs.
“You realize just how much you can do with plants and natural medicine,” he said. “Everything’s here right in this yard, practically an entire pharmacy. I have plants that will cure your kidneys, your stomach and ones that will calm your nerves.”
His father, a rugged man with an easy smile and bronze, sun-baked skin, picked up a gourd. “I’ll tell you what this is for,” he said, balancing the gourd on his head. “Find a pond, go into the water up to your neck and put the gourd on your head. Then wait until a bird lands on it. Stay still and then snatch the bird with your hands. Real fast. And it’s dinnertime!”
Mixed with other races
Whether that is an Indian tradition isn’t clear. The Tainos over the years have intermingled with blacks, whites and people of mixed race. Few Indians of 100 percent Taino blood are thought to remain. But experts say indigenous roots probably abound on the island, especially if one considers studies undertaken in Puerto Rico.
There, scientists asked 56 people with Taino features to volunteer for a DNA test, and 70 percent had Indian DNA.
No such studies have been carried out in Cuba, but scholars say the results would probably be similar.
Even so, many Taino descendants are hard to tell apart from the guajiros, or country folk, who inhabit Cuba’s farmland. And some pay little attention to heritage, which hurts efforts to preserve the culture, Mr. Orduñez said.
“We’re losing much of that history,” he said. 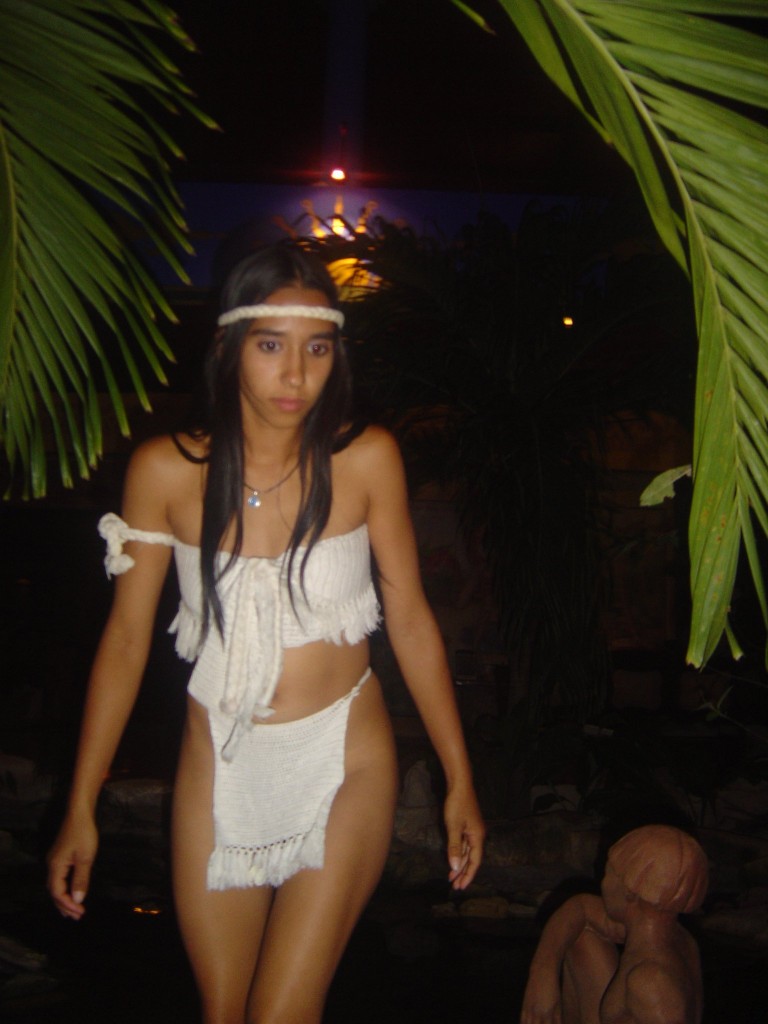 Ultimately, some say, what might help save Taino culture is tourism, Cuba’s leading industry. That’s because tourism promoters are eager for new attractions.
The museum exhibit in Baracoa, Cuba’s first capital, is an example of that. It is in a natural cave on a hillside overlooking town. It features Taino bones, pottery and other finds.
“This is part of Cuba’s history,” museum guide Leicer Gallardo said. “It’s very special.”
Meeting descendants
He and other guides also take visitors to villages where Taino descendants remain. One such concentration of descendants is in the coastal town of Manglito, northwest of Baracoa.
“My father was an Indian,” said longtime resident Walquimides Hernández Sevilla, 74. “Most of the people here have at least some Taino blood. But some don’t admit it or it doesn’t matter to them.”
His neighbor, for instance, said she almost never thinks of her Indian past.
“I have too many problems for that,” said Marta Lores Arias, 42. “My husband died five months ago. My house needs a roof. And somebody stole my two pigs.”
The situation is bad, she said. She and her family barely get by on her plantain and other crops and the few ducks, goats and chickens that scamper around in her yard.
Baracoa archaeologists are doing a census to try to determine just how many people have Taino blood.
“We are working with Indian descendants to try to help them rescue their past,” Mr. Orduñez said. “But we don’t want to force it on them or change their lives. They’ve got to want to do it.”
Taino activists in the United States, Puerto Rico and other nations are further along. They hold regular conferences on Taino culture – including one yearly meeting in Cuba – and routinely publish the results of new studies on the Indians.
Such networking has allowed researchers to collect a wealth of information on the Tainos. They know the Indians were of average height and had dark, flowing hair. They knew how to sail, fish and make canoes. They grew potatoes, guava, garlic and other crops. They also crafted their own hammocks, ate yucca bread and played the maraca, a musical instrument.
The Indians were peaceful but had a fierce rival before the Spanish arrived: the Carib tribe.
The Caribs raided Taino villages, captured women and girls for use as slaves and practiced cannibalism. The Taino were – and are – much more noble, experts say.
“They are simple, modest people but have great pride in their ancestry,” said José Barreiro, a Cuban-American researcher at Cornell University and author of a book about the Taino Indians.