I wrote this piece for the Dallas Morning News. It was published on July 7, 1997.

MEXICO CITY – Drug lord Amado Carrillo Fuentes was on the run during his final months, desperately scouring the globe for a new hideout, U.S. authorities said Sunday. But in the end, he returned to his beloved Mexico, convinced that the only way to escape the law was to change his identity forever, authorities said. He mysteriously died of a heart attack Friday after undergoing plastic surgery on his face.
The whole bizarre episode “shows that pressure works. These guys are not supermen,” said Thomas Constantine, head of the Drug Enforcement Administration. “They’re like every other hood that I’ve ever met. Greedy. They want to get all their money, get out and save their own skin. ” The full circumstances of Mr. Carrillo’s death are not yet known. But what’s clear, Mr. Constantine said, is that his death seriously “breaks and fractures” the Colombia-Mexico cocaine connection, giving law enforcement a slight edge, at least for now.
“This is when you really increase the pressure on the trafficking organizations,” he said Sunday. “You try to pressure weaker traffickers to see who cracks right away. ” Three or four people are likely to try to replace Mr. Carrillo as the reigning leader of Mexico’s drug trade, Mr. Constantine said, but “there’s no real heir apparent within the Carrillo organization. ” “I can’t tell you for sure what’s going to happen, but I think we’re going to see chaos for a while. I think there will b e a lot of violence,” he said.
U.S. law enforcement agencies estimate that Mexican smugglers annually transport several hundred tons of cocaine, 5 to 6 tons of heroin and as much as 7,000 tons of marijuana to the United States.
And Mr. Carrillo was by far the top drug boss, authorities say.
His traditional base was Ciudad Juarez, across the border from El Paso. But after reputed cocaine kingpin Juan Garcia Abrego was arrested in January 1996, Mr. Carrillo began trying to consolidate his power along the U.S.-Mexico border, DEA agents say.
Mr. Carrillo’s underlings also pushed deep into Texas and elsewhere in the United States, Mr. Constantine said.
“Amado Carrillo became a major player in the distribution of cocaine in Chicago, Detroit, Milwaukee. And beginning in January, his organization expanded into the New York City-New Jersey area,” traditional territory of Colombian traffickers. “We had never seen that before. ” Before Mr. Carrillo’s death, his organization was generating tens of millions of dollars every week and sending his Colombian counterparts $20 million to $30 million for each major smuggling operation, according to the DEA. 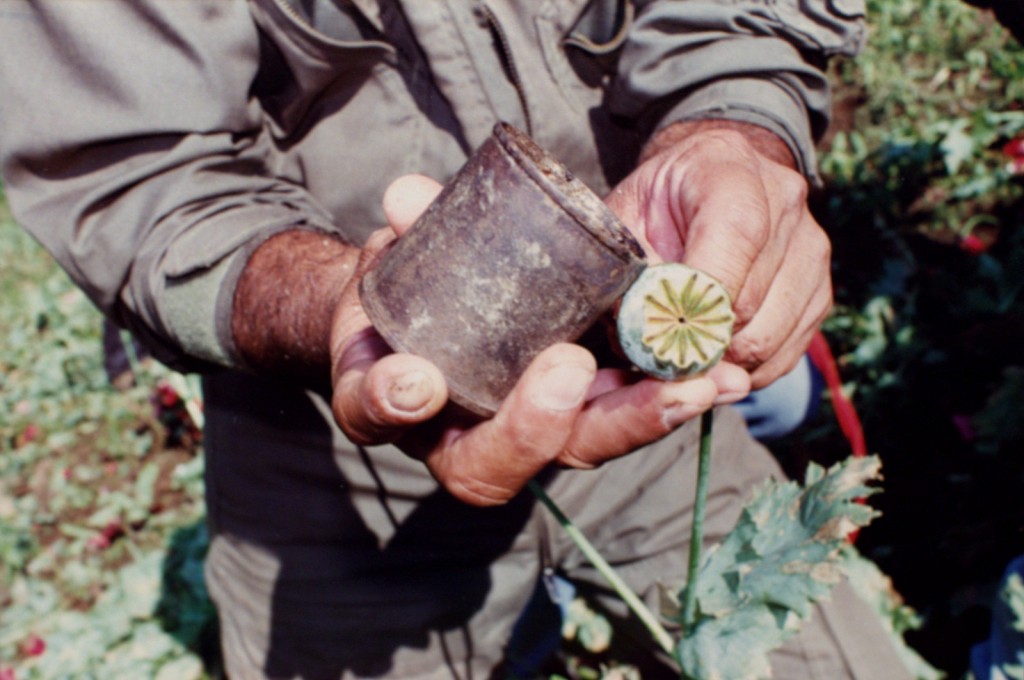 Mr. Carrillo also paid out millions of dollars in bribes to Mexican law enforcement officials and others, U.S. anti-drug agents say. And he so thoroughly bought off or intimidated Mexican authorities in Ciudad Juarez that as late as last year he could reportedly stroll into his favorite restaurants and dine undisturbed, American agents say.
But by early 1997, he became too much of an embarrassment for the Mexican government, drug trade experts say. Already, Mexican authorities were feeling intense pressure from U.S. officials, some of whom were threatening to put Mexico on the State Department’s list of countries not fully cooperating in the drug fight.
Then there was the matter of Gen. Jesus Gutierrez Rebollo, formerly Mexico’s highest-ranking anti-drug official. In February, he was jailed and charged with accepting huge payoffs from Mr. Carrillo.
The fallout was immediate. Mexican President Ernesto Zedillo launched an investigation into drug-related corruption and sent legions of agents after Mr. Carrillo.
The drug lord soon fled Mexico.
“He, in essence, had been a fugitive for the last four or five months,” Mr. Constantine said. “We have sources that we think are reliable who say that he had been in Russia, Cuba, two or three countries in South America, constantly looking for some place to avoid capture and get away. So the idea of resorting to plastic surgery is easy to understand. ” DEA agents started hearing rumors Saturday morning of Mr. Carrillo’s death. One was that he had killed himself in a shooting incident. Another was that he had suffered a heart attack in his home turf of Culiacan in Sinaloa state on the Pacific coast.
But soon the tale of his plastic surgery emerged.
Mr. Carrillo, using the name Antonio Flores Montes, checked into the Santa Monica Hospital in Mexico City on Thursday morning.
Surgery lasted eight or nine hours, ending about 6 p.m. Then Mr. Carrillo was taken to Room 407 to recuperate, Mexican authorities say.
He died between 4 a.m. and 6 a.m. Friday, U.S. officials say.
Still unknown is who carried out the surgery, who rushed the body to Culiacan on Aeromexico Flight 100 and whether any Mexican authorities assisted in moving the corpse.
The attorney general’s office has refused to say publicly that Mr. Carrillo is dead. But officials said Sunday they plan DNA tests to confirm the body’s identity.
Mr. Constantine said Mexican authorities have been open and cooperative. “They invited our agents to go to Culiacan last night to see the body,” he said. “And any bits of information that they have had has been shared with us completely. ” Testifying before a House subcommittee in February, Mr. Constantine outlined the grim relations between U.S. and Mexican drug agents and said there wasn’t a Mexican law enforcement agency that the DEA trusted completely.
In Sunday’s interview, he said “significant pockets of corruption” still exist at all levels of the Mexican government, but the current attorney general, Jorge Madrazo, and his top people seem to be honest.
“From all we can see, they’re sincere,” he said. “They don’t have all the tools in the world and they’re trying to create a whole new drug enforcement administration from scratch. I don’t know how you do that. It’s difficult. I don’t envy them. ” Mr. Carrillo’s funeral has not been scheduled. For two days now, townspeople in Guamuchilito in Sinaloa have been stopping by the heavily guarded home of the drug baron’s mother, Aurora Fuentes Lopez, leaving wreaths and offering condolences.
Relatives tell local reporters they’re angry because the authorities still have not relinquished the body, which was flown back to Mexico City on Sunday after being examined at a Culiacan funeral home.
“Don’t you know how to respect someone else’s pain? ” the mother shouted to journalists gathering outside her home. “I hope to God this never happens to you. “