Journalist Alfredo Corchado and I wrote this piece for the Dallas Morning News. It was published on March 8, 2005.

Hundreds of federal police agents fanned out across this violence-scarred border town Monday to try to bring some peace to the streets, but that did little to calm the nerves of frightened residents who have seen more than 20 drug-related murders this year alone.
In the latest violence over the weekend, two gunmen were arrested after allegedly firing pistols at city police officers, and four men were machine-gunned to death.
“Four killed in one day!” screamed the headline of Nuevo Laredo’s La Tarde newspaper Monday.
Authorities on both sides of the Rio Grande say the bloodshed is happening now because rival drug traffickers are fighting for control of the city, a key corridor for Texas-bound cocaine, marijuana and heroin.
The bodies of two unidentified men killed Saturday night showed signs of torture, police said. Local newspapers splashed color photos of their bodies across the front pages Monday.
“One victim’s head blown off by a machine gun blast,” La Tarde said. 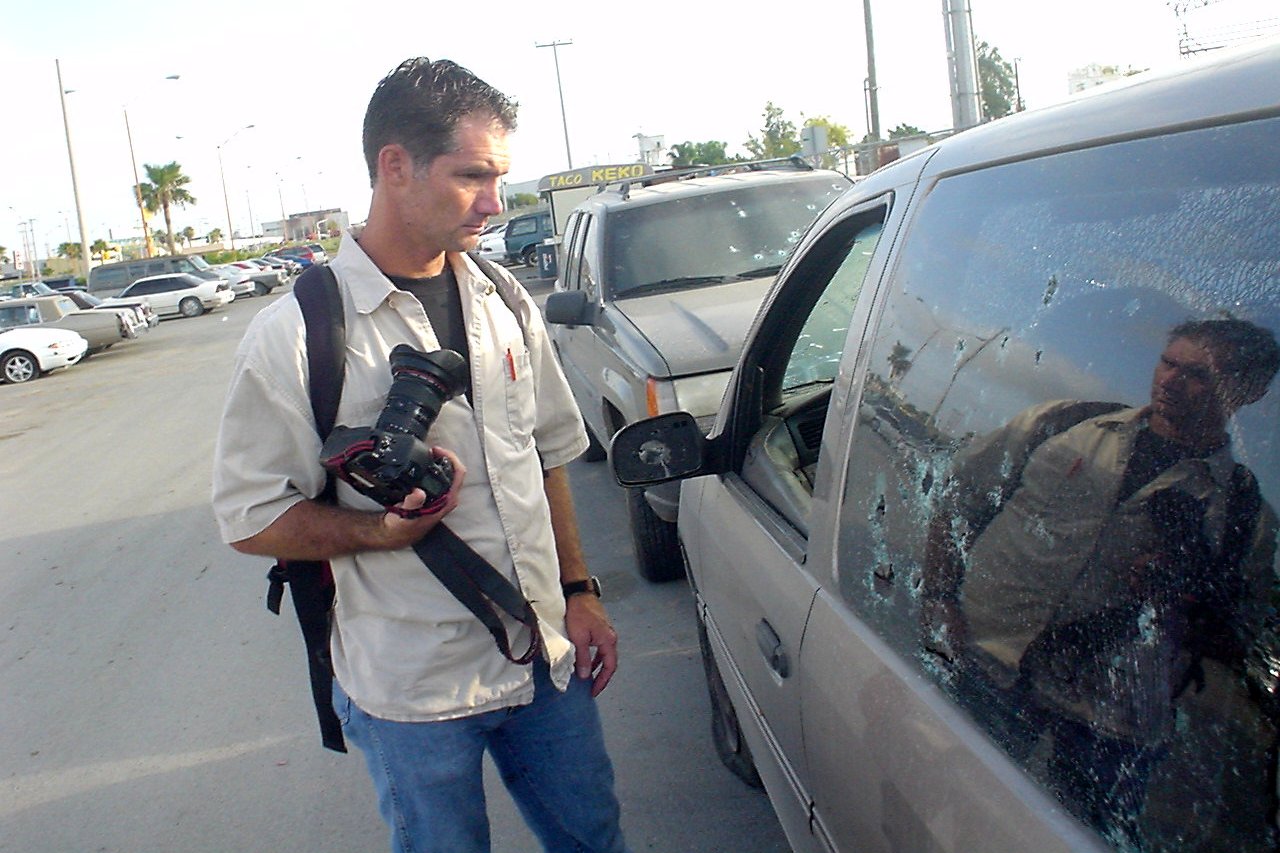 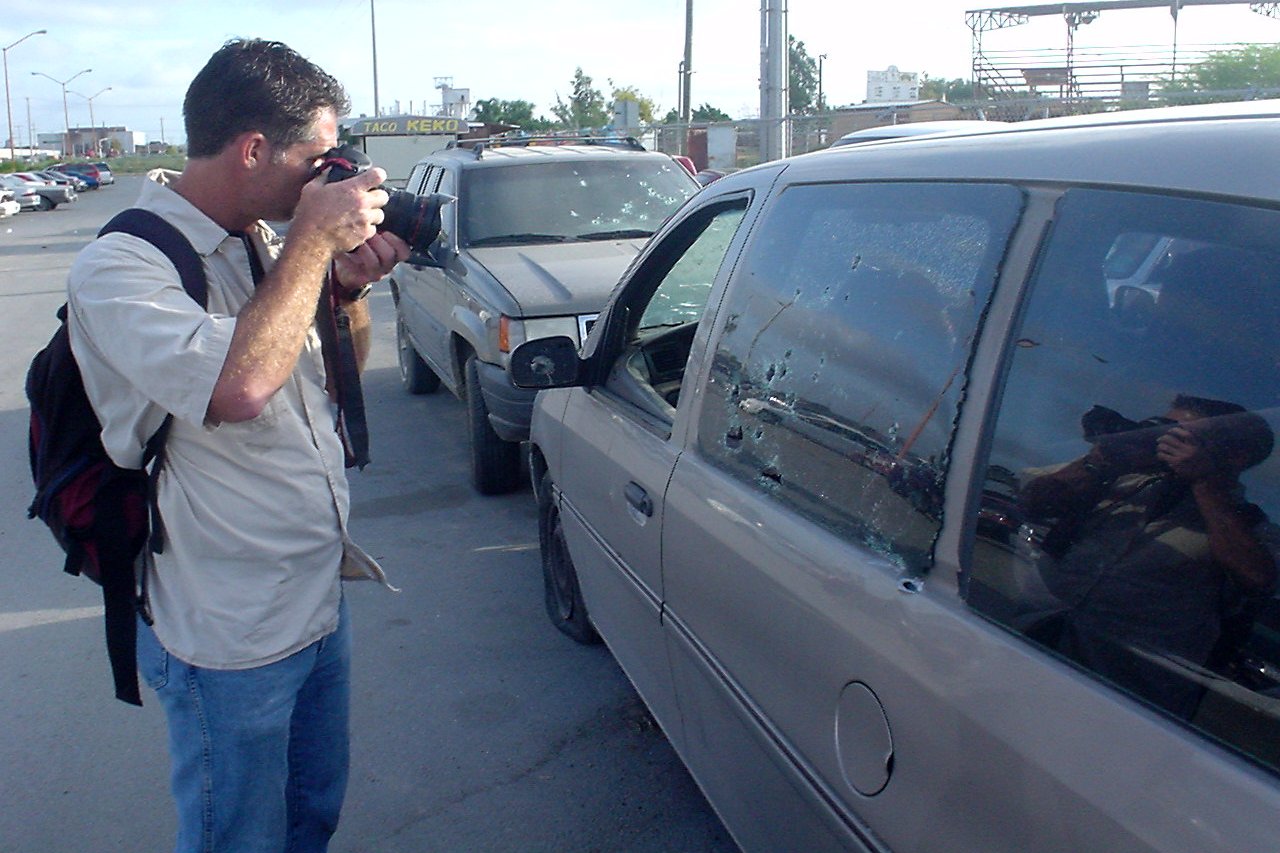 But many Nuevo Laredo residents say they aren’t interested in such gruesome details. And many would rather not get involved or even talk about the violence.
They’re understandably afraid, said Arturo A. Fontes, a special agent for the FBI.
“People across the border live life with a gun pointed to their head,” he said.
Everyday fears are evident in the police officer who still doesn’t know how to use a gun and constantly looks over his shoulder, the businessman who’s had enough of Mexico’s mayhem and is moving across the border to Laredo with his family, the reporter who “limits” himself in what he writes for fear of retaliation from a shadowy hit squad known as the Zetas.
“We’re all selling our houses and moving across the border to Texas,” said Alicia Anaya, 76, a retired vendor who sat Monday with her son and daughter in the shade of a Nuevo Laredo newspaper stand.
She said she and her family prefer to live in Laredo because they feel it’s safer. But they spend a lot of time in Nuevo Laredo.
“Nobody bothers you,” said her daughter, Lety Corona, 43.
But, her mother quickly added, “The problem is, you never know whether you’re going to get caught in the crossfire when strangers start shooting at each other.”
Fighting back
The 600 newly arrived federal police officers – 500 police agents and 100 specially trained anti-narcotics officers – streamed into town at dawn Sunday.
Their mission is to take back the city from drug traffickers and end the violence that has left 21 people dead this year. 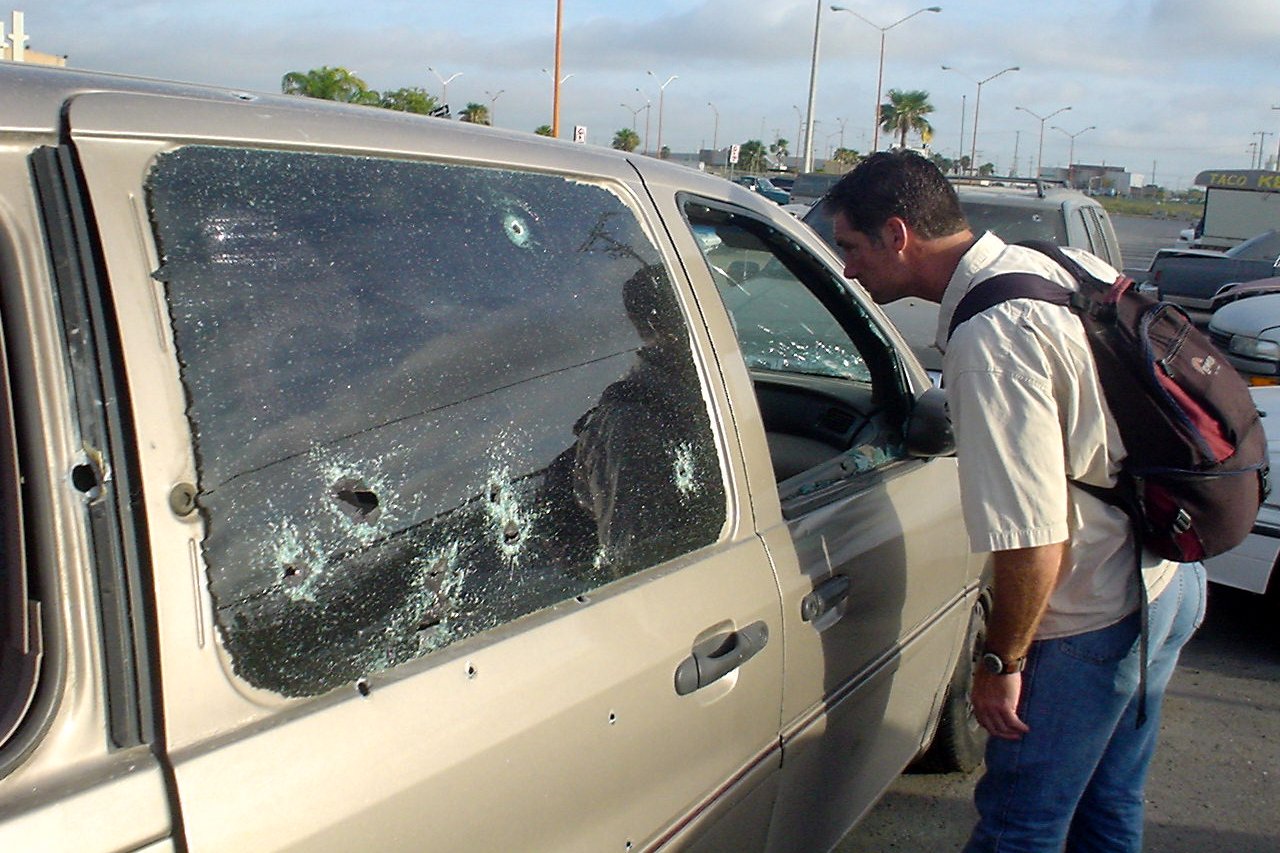 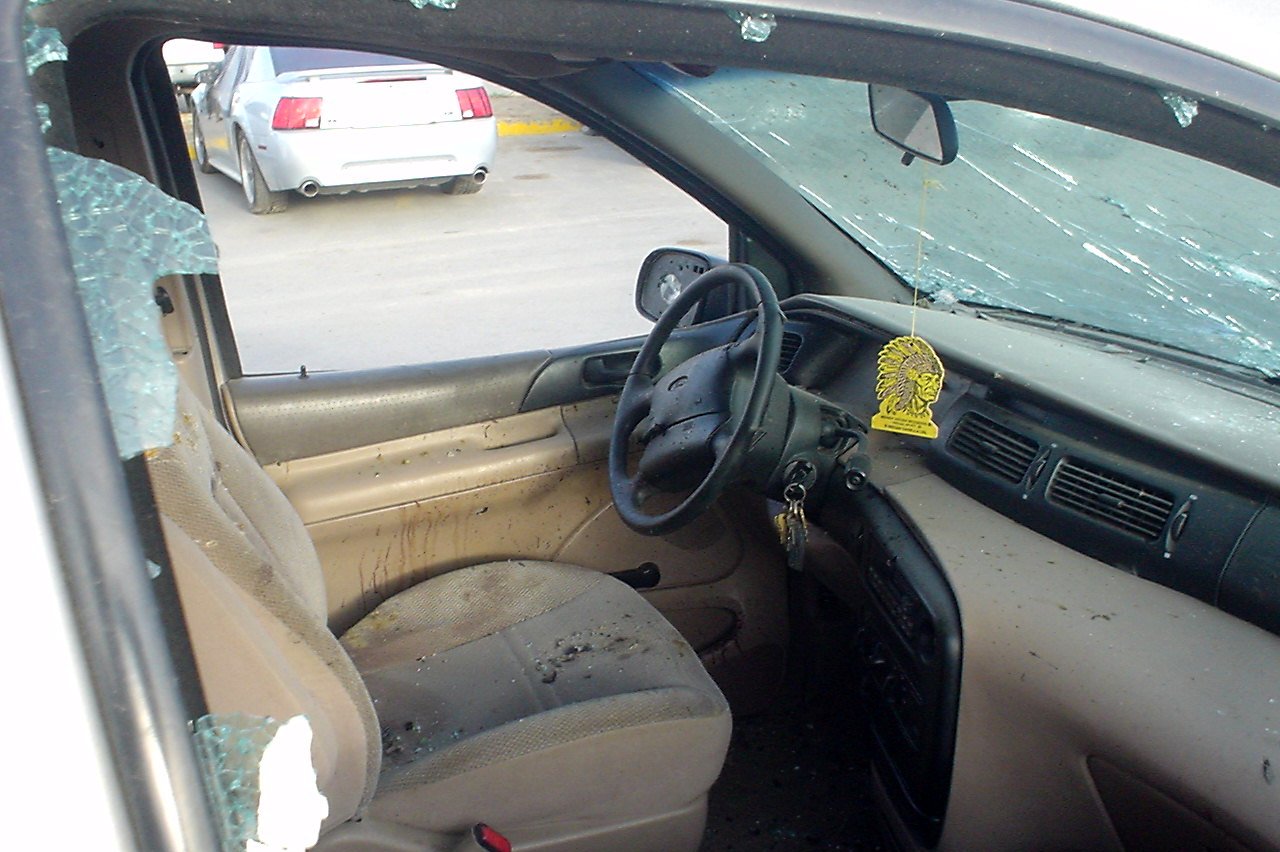 Violence along the U.S.-Mexico border has reached unprecedented levels, top U.S. law enforcement officials say. One called the problem “a very serious and worrisome matter, one that’s about to go from bad to worse.”
“We’re closely monitoring events along the border and the situation is alarming,” said the U.S. official who spoke on the condition of anonymity.
Such words normally get Mexican government officials up in arms, defensive, evoking words of nationalism and sovereignty. Not so here along the border where residents say they know better.
Take Julio Salas, a 70-year-old junkyard owner who before speaking nervously looked around as his dog, called Cansado, or Tired, slept next to him.
“Sometimes you need an outsider to tell you the obvious. In this town, laws don’t work anymore. Authorities aren’t respected. The drug traffickers are bigger than the Catholic Church. That’s the harsh truth.”
Mr. Salas said that often thugs come to his junkyard to retrieve vehicles seized from them. They don’t pay. All they do is show him their AK-47s and say, “Old man, move aside.”
“I’m not even sure why I’m here,” Mr. Salas said.
Permanent violence?
Over the last two years, residents and law enforcement officials along the border have witnessed how the breakup of long-established power groups in the drug trade has raised the stakes of the drug war and prompted what seems like a permanent – not cyclical – context of violence.
The reason? They say the rules of the game have changed. Where before, border residents who had no ties to the trade could sidestep it in their daily lives, now they say their daily lives are affected by the violence.
The trend has important consequences for Texas. Although Texas locals still cross the border to visit family and shop, there is a growing sense that the unpredictability of the violence might permanently cripple cross-border traffic.
Some middle-class Mexicans interviewed here have also engaged in an unprecedented wave of legal migration, opting to live instead on the American side of the border – in cities such as El Paso, Brownsville, McAllen and Laredo – to escape the violence.
That’s why a Mexican businessman from Nuevo Laredo moved his family to Laredo. After refusing to pay an extortion fee to the Zetas, the businessman began to receive death threats. It was time to go, he said. He now lives near a golf course and travels back and forth across the border.
“I feel like a political refugee, seeking protection from violence,” said the businessman who asked not to be identified.
“We’re not seeing a mass exodus because while there is fear, only a few people can actually afford to live here,” said real estate agent Ana Ochoa. “The ones who consider coming to Laredo are the wealthy people. Others can’t afford to have to pay for U.S. properties.”
Troublesome sign
Even so, the very idea that Mexico’s middle class is increasingly fed up with their country’s deteriorating security situation is a worrisome sign, academics say.
“It’s the middle class who make government, the ones who make the social support networks and businesses function,” said Jon Amastae, director for the InterAmerican and Border Studies Program at the University of Texas at El Paso. “They are essential to Mexico’s future. With them leaving, it’s a bad sign for the country.”
Moreover, police on both sides of the border say they’re uncovering larger, more dangerous weapons – .38 specials have been replaced by .50-caliber machine guns, bazookas, grenades and other high-power firearms – and a new culture of threat and intimidation has emerged.
“What’s different here is the violence,” Mr. Amastae said. “We’re seeing weapons like never before.”
Instead of negotiating a peaceful coexistence with Mexican officials, the cartels appear to be unilaterally calling the shots. The arrest last month of a suspected mole inside Mexico’s presidential palace is just the latest example of the reach of these powerful drug traffickers.
“Mexico’s organized crime has become disorganized crime,” said Agent Fontes of the FBI. “It’s way out of control and much bolder.”
Further, the local newspaper here, El Manana, has also taken drastic action to protect its staff from violence. The newspaper, explained editor Ramon Cantu Deandar, 39, is “now self-censuring itself. We watch what we write. We’re trying not to be too aggressive against any cartel. We remain neutral.”
And he added, “The violence here on the border is not unlike the violence you see in Baghdad. There American and other foreign journalists also think twice before leaving their hotels. That’s the same thing here. It’s not so much censuring as it is survival.”