Hiding rocks in frozen chickens may seem like a silly pastime. But for some folks, it’s serious business – a way to tip government weight scales and purloin poultry for dinner.
Welcome to Cuba, where ripping off the socialist government is a gentle, sophisticated art.
It’s risky, too. Those who steal can lose their jobs or go to jail. Despite that, employee theft is widespread, anecdotal evidence suggests.
“Almost everyone steals something, anything, to survive,” a former cafeteria worker said. “But we don’t call it stealing or robbing. Those words are too strong.”
Cubans use a kinder term, resolver, meaning to resolve. So if a man makes off with a chicken, he can proudly tell his wife, “I resolved a chicken.”
Or, “This chicken stuck to me as I was leaving work.”
Unconvinced, government inspectors fan out across the island every day trying to catch thieves.
The socialist government, many experts say, is not corrupt, as President Bush alleged in a July 16 campaign speech.
In fact, it’s seen as the fifth most honest government in the Americas, behind Canada, the United States, Chile and Uruguay, according to Transparency International, a nongovernmental group that monitors corruption worldwide.
But employee theft in Cuba is rampant, say many workers, whose average monthly wage is $12.
Among the most common ways to steal:

Pilfering is especially common at cafeterias, refreshment stands and other spots selling basic necessities, workers say. So the government requires employees to inventory those products twice a day.
“It’s a lot of work,” said Pavel Bermúdez, who was busy counting five- and 10-cent candies at the thatched-roof stand where he works east of Havana. “But we have no choice.”
Government officials declined to comment. They have said employee theft is an isolated, yet growing problem. And they have severely punished officials caught enriching themselves.
In 1989, for instance, authorities executed a Cuban general and two others accused of doing business with Colombia’s Medellín cartel. 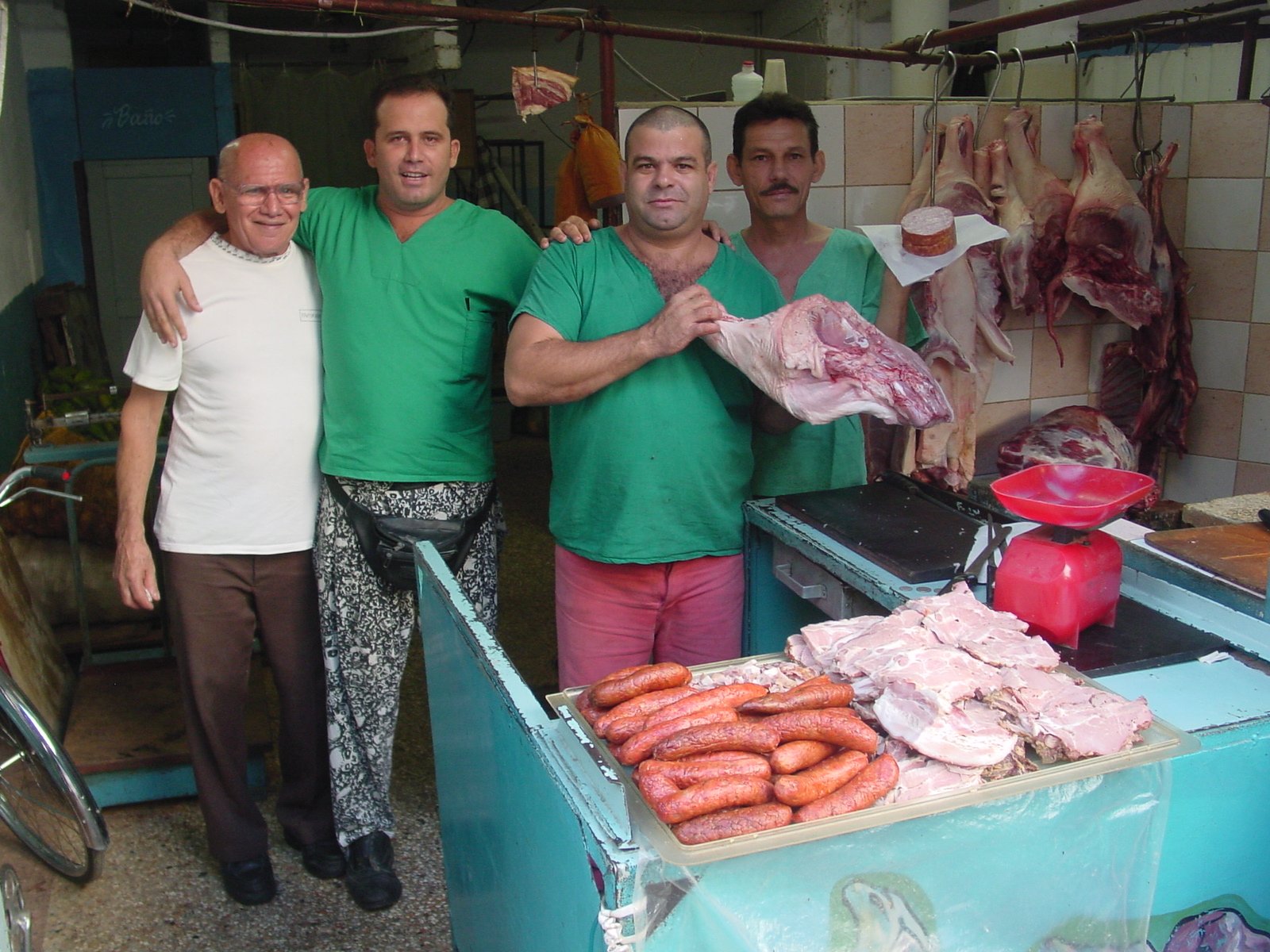 In July, Raul Castro reminded Communist Party members that corruption would not be tolerated.
“Corruption will always be with us, but we must keep it at our ankles and never allow it to rise above our necks,” Mr. Castro, the armed forces chief and second-in-command to his brother, Fidel, told party militants in a May address, Reuters news service reported.
But employee theft has proved especially difficult to combat, according to a July report by the University of Miami’s Institute for Cuban and Cuban-American Studies.
“Corruption, cheating and pretending” are part of daily life in Cuba, according to the report, based on the views of recent Cuban arrivals who took part in a series of focus groups.
“Theft of food and merchandise from state enterprises is seen as normal and necessary to make ends meet,” the report said.
“No one asks where you work, but where you rob,” one participant said.
The recent arrivals also reported a sharp rise in materialism.
It wasn’t always that way, American scholars say.
During the early years of the revolution, materialism largely disappeared along with “traditional forms of corruption,” according to a 1999 study by Beatriz Casals and Sergio Díaz-Briquets of the Maryland-based Association for the Study of the Cuban Economy.
“Puritanical revolutionary fervor” reigned, they said. “Money was no longer the path to power.”
An absolute commitment to socialism was the key, they said. That ensured success and allowed at least some access to such perks as travel, cars, imported electronics, beach vacations and choice housing.
Cuban officials have denied giving anyone preferential treatment. But some outside experts question that, and say some party loyalists enjoy more perks than the rest.
If someone falls from grace, however, the same perks are sometimes used to label the person as corrupt.
No matter, many ordinary Cubans want a piece of the action.
The problem is, there aren’t enough perks to go around these days. So they say they “resolve” whatever they can when inspectors aren’t looking.
It’s no easy task because the government’s eyes seem to be everywhere.
Over the past five years, inspectors have conducted 76,440 surprise audits and 53,300 price inspections at state-run businesses, official Cuban media reported in June.
Cuba’s National Association of Economists and Accountants, along with government auditors and finance officials, also recruit thousands of university students, professors and other professionals for a flurry of inspections nationwide every November.
When irregularities are found, all the employees on duty when something is stolen – and not just the offender – face possible dismissal.
“That’s because the inspectors assume that the other employees had to have seen something,” explained Sylvia, a gift-shop manager who asked that her last name not be used.
Retail losses are also a problem in the United States. In 2002, workers stole an estimated $15.7 billion in merchandise, or 1.65 percent of total annual sales, a University of Florida survey showed last year. Shoplifters weren’t far behind, making off with more than $10.7 billion in goods.
What makes Cuba different, experts say, is that the vast majority of culprits are government employees, not shoplifters.
The most successful thieves usually follow a few rules:
*They don’t get too greedy.
*They cover their tracks.
*They change jobs frequently.
*They share their loot with willing inspectors, bosses, co-workers and friends.
Some restaurant heists are quite elaborate, involving precise measurements of such things as animal fat, number of servings and excess bones.
Other thefts – including the frozen chicken caper – are quite simple, a former restaurant worker said.
Say you receive a 40-pound shipment of chicken. An inspector could arrive at any moment, so you act fast. You take three or four pounds of poultry from the box and add exactly the same weight in rocks, stuffing them inside the remaining birds.
You’ve suddenly got enough for dinner – and it didn’t cost a cent.