I wrote this article for OnCuba magazine in Havana. (See original version).

Just past 4 a.m., most of the bars and clubs have closed down and the party has spilled into the streets.

Yessi Castro, 28, had hoped to find a boyfriend willing to spend some time and money with her that night, but had no luck. Now she has no money for a taxi home, so she’ll have to wait until the buses start running again at 5 a.m.

Castro lives seven miles away in a neighborhood called Arroyo Naranjo. Her concrete block home sits along an unpaved road near the bottom of a hill.

“It will take me more than an hour to get home,” she says. But she’s upbeat and smiling. She spots a friend with a bottle of rum, grabs it from his hands and takes a few swigs.

Two police officers stroll by, bothering no one. Waves ripple along the Malecón, Havana’s famed seawall, just 400 feet away. A buxom transgender wearing a short skirt steps onto the sidewalk at the corner of Infanta and 23rd streets.

Castro says she’d love to have a pair of breast implants herself, but the operation can be risky. Some transgender patients acquire implants illegally, paying doctors to operate on them after hours.

“During a shift when the doctor is there, everything’s arranged, the price and everything,” Castro says.

Operations are done with local anesthesia and usually take place “anytime after midnight and before 5 a.m.,” she says.

It’s “very dangerous because you’ve got to go home with that fresh wound. It could open up. It could get infected. Anything could happen.”

The doctor later goes to the patient’s house for follow-up care. Neighbors sometimes report suspicious activity and the authorities investigate.

“For getting a pair of implants, police search your house,” Castro says. “They detain you. They interrogate you to find out where you got your implants and who the doctor was, so they can jail the doctor.

“Just imagine. That’s a problem. When they find out who the doctor is, they question everyone, everyone who got implants, and they imprison the doctor.”

In 2012, the BBC reported that the director of a Havana hospital and dozens of employees had been arrested for providing breast implants, liposuction and other procedures after hours.

The government does provide free sex-reassignment surgery for eligible patients. Belgian doctors travel to Cuba to assist with the operations once per year. More than 200 people are on the waiting list for surgery, but doctors only operate on five patients each year.

Castro says she knows of about 30 transgender Cubans who grew weary of life on the island and emigrated to the U.S. She keeps in touch with them on Facebook.

“They’re doing well,” she says. “They’re very happy there. Besides, they’re fulfilling their dreams. They’ve gotten breast implants. They’ve gotten body hair removed. They do everything over there. They fulfill themselves as people.” 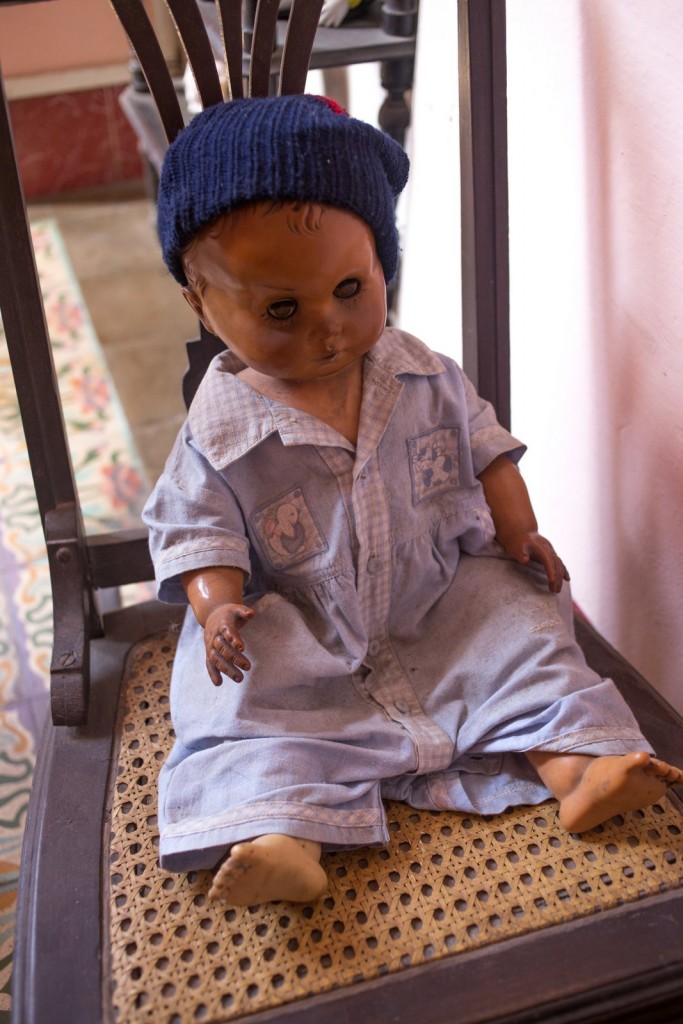 Castro has considered going to Florida herself.

“In any other country in the world, if I wanted electrolysis to get rid of the hair on the face, my arms, my underarms, I would have done it. Because it can be done. But here in Cuba, you can’t. That is very difficult for us.”

She says she’s also tired of the homophobia she faces in traditionally macho Cuba.

“People always make fun of you. They yell, they throw rocks, bottles, anything.”

Castro acknowledges that things have improved for transgender and gay people on the island. She credits Mariela Castro, daughter of Cuban President Raul Castro and head of Cuba’s National Center for Sex Education.

“Thank God she’s helped us so much and has pushed forward gays, transsexuals, lesbians,” says Castro, who is not related to the president’s daughter.

Each May, Mariela Castro organizes events to mark International Day Against Homophobia and Transphobia. She has called for equal treatment of gay and transgender people in the workplace. She also supports same-sex marriage, which is not legal in Cuba.

Then in December, activists launched a grassroots campaign to legalize same-sex marriage. They passed out flyers along the Malecón and signed a letter asking Cuban lawmakers to take action.

Daniela Martinez, 25, of Havana, jokes that she will find herself “one or two husbands” if same-sex unions are made legal.

She says she began dressing as a woman seven years ago.

“At 18, I realized that I liked to dress as a woman. So I started to change the way I dress. Little by little, I faced society.”

Martinez agrees that discrimination against gay and transgender people has lessened over the years.

“Now there isn’t as much homophobia,” she says. “We can walk freely…without people attacking us. People are a little more open-minded.”

“It would be good because it would be a step forward. We’d be accepted, having the same rights as heterosexual people.”

During the 1960s, gays in Cuba weren’t allowed to attend college, join the military or become teachers. Some gays were sent to government work camps where they picked fruit and vegetables for up to 12 hours a day.

“There were moment of great injustice, great injustice! If someone is responsible, it’s me,” former President Fidel Castro said in a 2010 interview with Mexico’s La Jornada newspaper.

“We had so many and such terrible problems, problems of life or death, that we didn’t pay it enough attention,” said Castro, referring to how gays and lesbians were treated.

Even today, some gay and transgender people say life can be difficult in Cuba.

Castro says she endures bullying and “psychological violence” when going out in public.

“Why should I have to get on a bus in my country and be disrespected? I don’t bother anyone. I respect all people, their sexual preferences, their diversity, whatever, I respect them. Why do they have to get into it with me? It’s very, very painful. Very painful.

“We live in a country that has a lot of taboos…a lot of beliefs in machismo. My grandmother grew up with that. My grandfather, too. My father, too. My mother was different. She always supported me.”

But Castro says her mother was killed in a car accident at age 39. She hasn’t seen her father in 16 years.

She says improved U.S.-Cuba relations has had little impact on her life. She still struggles to put food on the table.

“I have many dreams, but it’s difficult to imagine they will become reality because economically we live in a country that has been beaten down, you understand, by the U.S. regime and this one, and that makes it hard to dream.

“Sometimes dreams are frustrated. Why? Because we have no chance. We have no chance of saying: ‘I can be a store employee.’ Because then comes the rejection, the transphobia, the homophobia, you understand? Because they think that we are not equal human beings. That we do not have an IQ. People think we are … that we are the bubonic plague.”

Naomi, 28, who is also transgender, says she realized when she was a small child that she was different.

“Since I was very young, I felt like a female, a woman. I carry it inside me. I always felt like a complete woman.”

She says she started dressing as a girl when she was 16.

“Well, I’ve had some bad experiences because I live in a country where there’s a lot of homophobia and transphobia,” she says. “So for me it was a shock because I had to face society to be able to be like I had always wanted.

“Society has to accept me because I am like this and I will be like this until I die.”

She says her father does not accept her.

“He disinherited me because he doesn’t want a homosexual son,” she says. “It was difficult for me to accept that because as the daughter that I am, I love him. I adore him.” 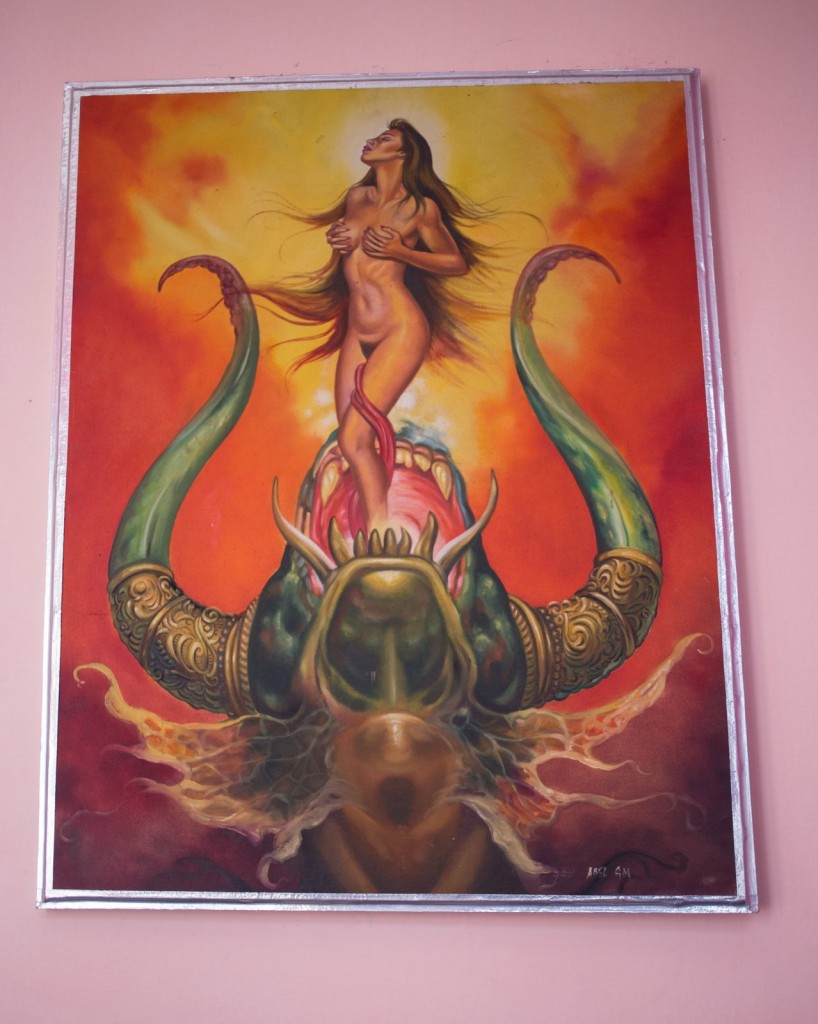 But once he disinherited her, she says she “also closed her heart” and has tried to forget about him.

“With much pain, I tried to get him out of my heart.”

She says her mother died of cancer four years ago. Survivors include her brother, 22, and sister, 20.

“They adore me! I am a second mother for them because my mother died and I was left to raise them since they were teen-agers.”

She hopes to eventually have sex-reassignment surgery and adopt two children.

“I feel totally like a woman. I plan to get married, have a family and be happy. That’s my dream.” 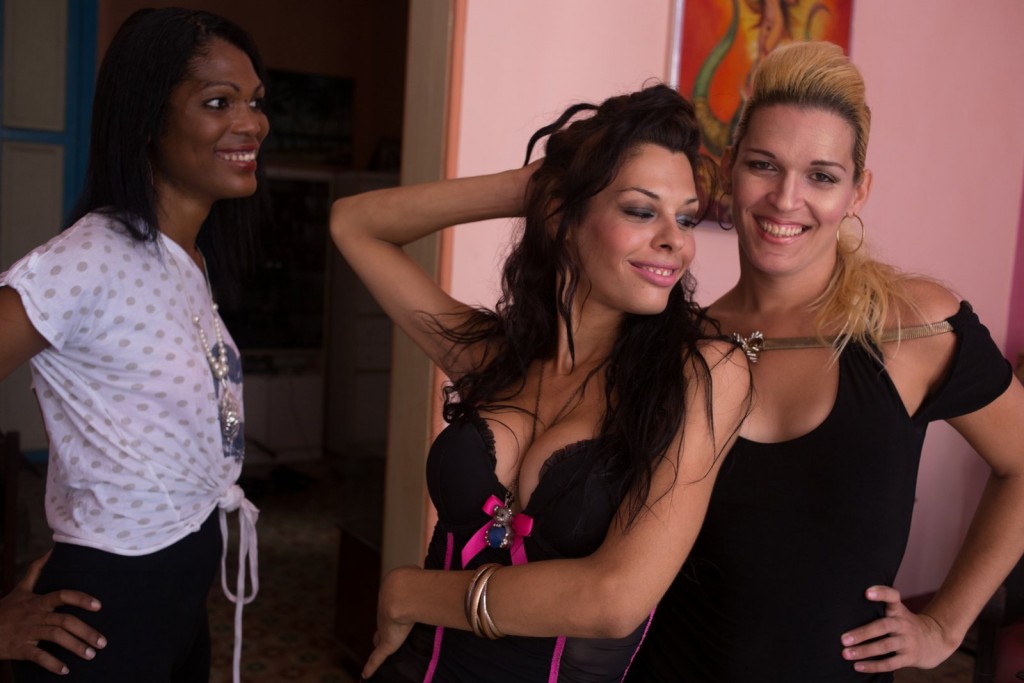 She says some Cubans see transgender people as “disgusting,” but says she didn’t choose her sexual orientation. She says she’s transgender “because we feel it in our heart.”

Even so, she says some Cubans harass cross-dressers when they go out at night.

“The streets are dangerous because you have to face society, people. There are people who don’t accept you, who see you in the street dressed as a woman and they assault you. They throw rocks at you.

“Well, that has happened to me on occasion and I, because I have very high self-esteem, what I do is to keep walking because if I, if I go to the police, it’s possible they’ll throw the blame on me because here there are big problems with the police and us.”

The people who hang out at 23rd and Infanta say all they want is a little respect.

“My dream is that society accepts me just as it accepts you,” Daniela Martinez said.