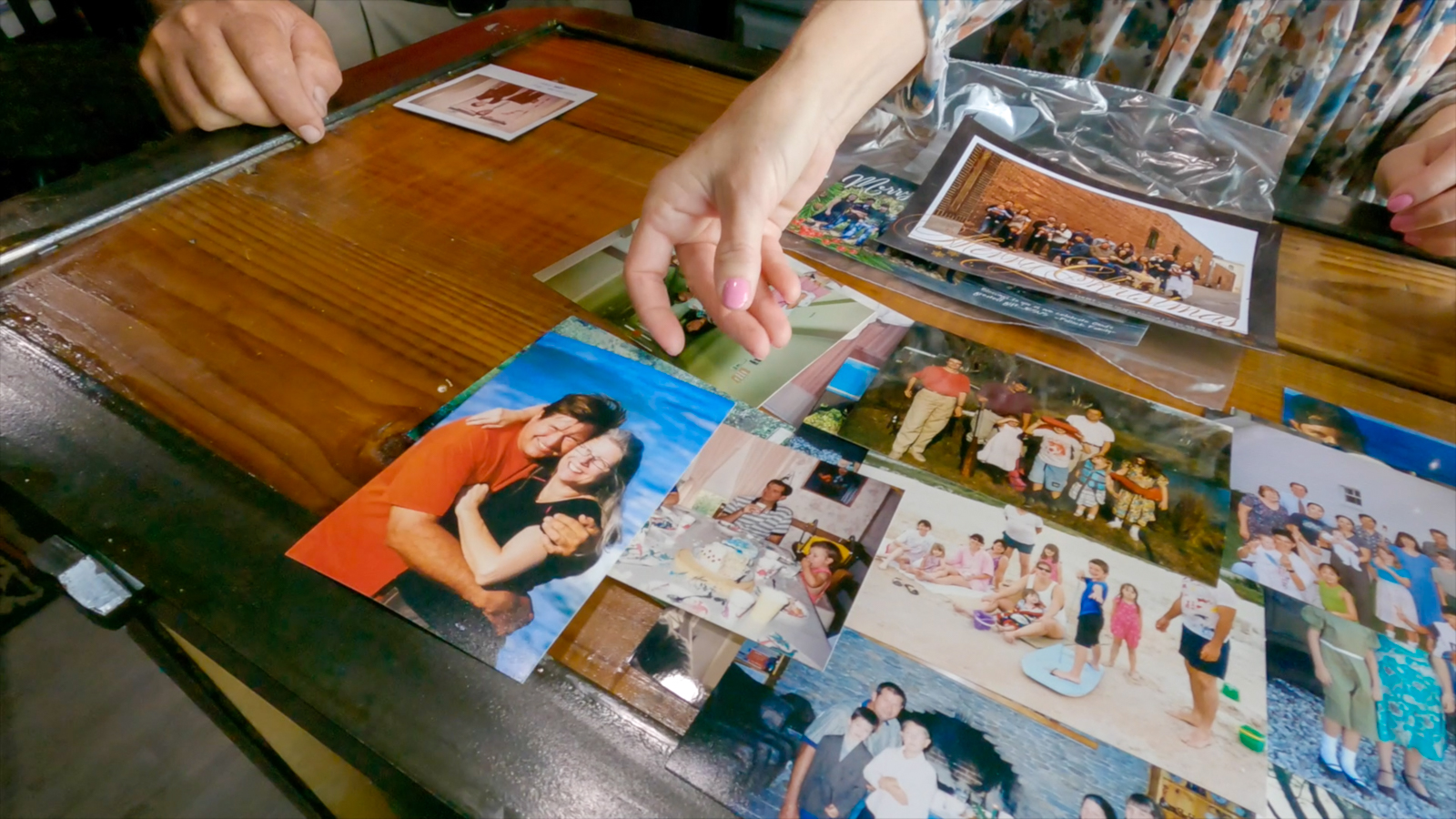 Jonny Pollock remains at large more than 12 weeks after the FBI raided the family’s home just outside the city limits of Lakeland. His sister, Olivia, was arrested and must wear an ankle monitor while awaiting trial in connection with the Jan. 6 protest at the U.S. Capitol Building.
Their father, Ben, said the federal government’s prosecution of his children has been agonizing.
“When it first happened, I never realized how traumatizing it would be,” he said. “And there was times where I would just cry at the bed and say, ‘Lord, I don’t know how to help Jonny. I don’t know how to help Olivia.'”
Olivia paints postcards and sends them to other Jan. 6 defendants as part of the Patriot Mail Project.
Excerpts of my interview with Ben Pollock are below:

Question: Have you had a lot of support in the community?

Pollock: It’s amazing that a lot of my friends don’t want to do, you know, they just kind of given us our own space and, you know, and then they, they know if they, they call me up, they’re going to be on a watch list. And so I hadn’t really heard from many people, you know, I’ve ever heard from a few. And then and then you’re kind of leery to have contact because you don’t want to get them involved if they don’t want to be involved. And so, you know, it’s, you just don’t know what to do. It’s just really bizarre. I’ve never been in a situation like this.

Pollock: The FBI is so good at what they do. They had literally told us they had been watching us for months. And if Jonny had been sitting in this house right here, there was a tank, two tanks, sitting off of these – and I call them tanks because they literally had a battering ram on them – and just they were bigger than just a Humvee and, and they were surrounded. They had the place surrounded and there would have been no escape. And so, you know, resistance is futile kind of, you know, the Nazi mantra or whatever. And that would, and so fortunately he was in, in the right place at the right time because there’s so many Patriots that are sitting in prison that would be love to be where he’s at, if they knew the future. And then it’s like, don’t get on the train. You know, if they come to your house or you go, you know, there’s a big thing going around with the mask mandate and all, you know, it’s time to resist. Well, literally it is time to resist because, you know, they may be coming back for me, but I don’t care. If you find me missing and in prison tomorrow, just remember this, don’t get on the train. You know, they’re going, they’re coming for us and taking our rights away from it. And if we don’t submit to this new form of government, that they’re forcing on you to submit and just go along with every crazy idea that they come up with we’ll all be in a Gulag. And that’s where those men are literally. They’re POWs for America. The way I look at them way, Jonny looks at them, and the way most of America looks at them. If America really did their true diligence in looking into the situation, they would find out that they, that I’m right. I’m not just, you know, paranoid. I’m not coming up with some conspiracy theory. This is really happening to America. We, we’ve lost our country. 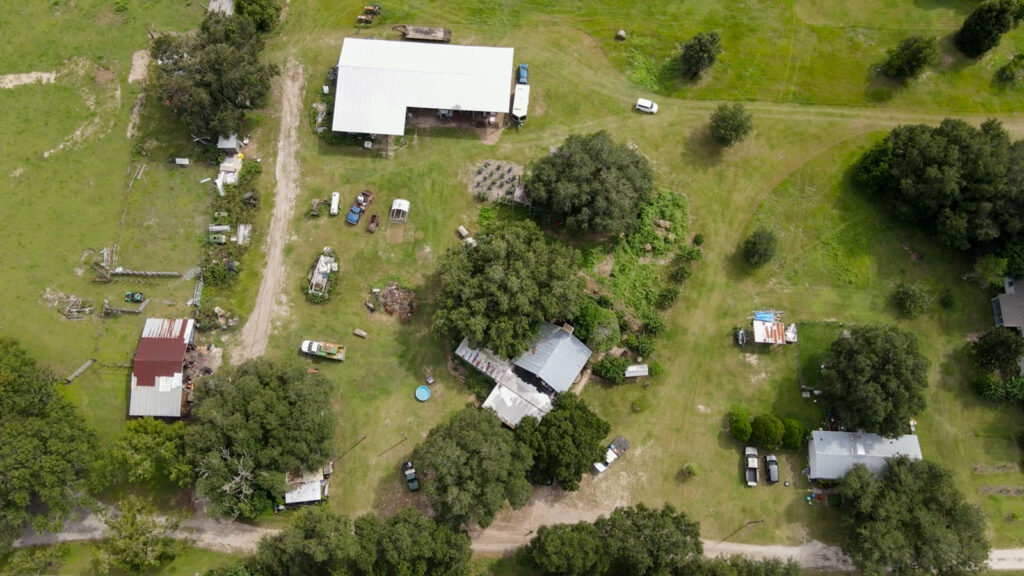 Question: Have they send drones over again?

Pollock: They have a plane that they fly around, the FBI, and it picks up every phone conversation and they can literally tap into, and they’ll fly it around an area. And we, we, we pretty sure that they’re flying it around this area on a regular basis. It looks like just a regular Cessna. So, I mean, it could be, you know, you just think, well, you’re just paranoid. But during Maricopa County, they had literally tracked that plane over that area, while they were doing their recount and found out everybody that was in there and their addresses and their phones by flying that plane over and picking up all of their, their information going into the airways, you know, from their phones. They, they admitted it in the, in the paper, that they are listening to our phone.

That’s how they’re doing it. They’re flying this plane around and it picks up within 25 miles of, of where they’re flying that plane of every conversation. They’re not listening to absolutely everybody, but they’re picking and choosing who they want to listen to. And they’re definitely listening into ours because they want Jonny and they is he’s a thorn in their side and the American people need to adopt him. I was talking to you about pictures. I would love to see the American people put pictures on the back of the semis and say, ‘I’m Jonny. I’m here. I’m heading to Illinois. I’m heading to California. I’m in – ‘ and drive them crazy because they’d need to be drove crazy. They’re, they’re literally hunting a young man that has never been in trouble in his life. And then he gets attacked by the by the Park Police in, in Washington for helping, helping an older man. And and so we, we went on that story, but people need to do their due diligence and look into this and, and, and talk about that. Even this morning, they said, I believe it was Clearwater or somewhere, just not very far from us. There was another family raided, you know. They’re not stopping.

Question: How do you see the future for Jonny and Olivia?

Pollock: If the American people don’t wake up in and realize what’s happened to their country, I see us, them being on the run until they put us in a prison camp because I do see that coming. We are a communist country right now, and there is not going to be any difference between this communist country and all the other communist countries.

Question: Does Jonny have the kind of strong psychological makeup and kind of mental attitude to get through this? Do you feel like he’s strong enough to face this?

Pollock: I know he is because God’s with him. He grew up knowing about Elijah. You know, when, when he was, you know, the prophets of Baal when they were all after him and when Jezebel was after him, you know, God provided for him. And like I was saying before, you know, with God waking, you know, just crying out and I was just crying and Lord, I can’t help him. And God meeting our needs, meeting my needs to be able to focus with it, meeting my wife’s needs to be able to focus with it and relying on her, her faith and in the same way with Jonny, he grew up knowing those stories and, and the Bible was full of them, whether it’s King David. I was, just when we went to the Tallahassee rally, you know, God just put that, why did David run? Why was David running from Saul? Saul’s the leader. And when you look at why, you know, I I, you know, Jonny knows that God, you know, that, that made, you know, that protected David while he was being hunted by Saul. And it wasn’t a to pat him on the back, it was to kill him. And, and I, I, like I said before, when I opened that door and those lasers were pointed at my chest, I really feel like there was an evil there. That somebody, if I’d have had a gun in my hand, they would have shot me to make a point to the American people that you cannot stand against us. And so, even though most of the FBI agents were good, there’s an evil behind them that is evil, that is bad. And that do want to kill my son and do want to kill anybody that stands against them. And will and have, I mean, all through history. It’s no different. And in the answer is yes, he has what it takes because he knows God and God can, can speak to him and does, or otherwise he would be caught by now. God’s hiding him. He’s hiding him, you know, and protecting him. 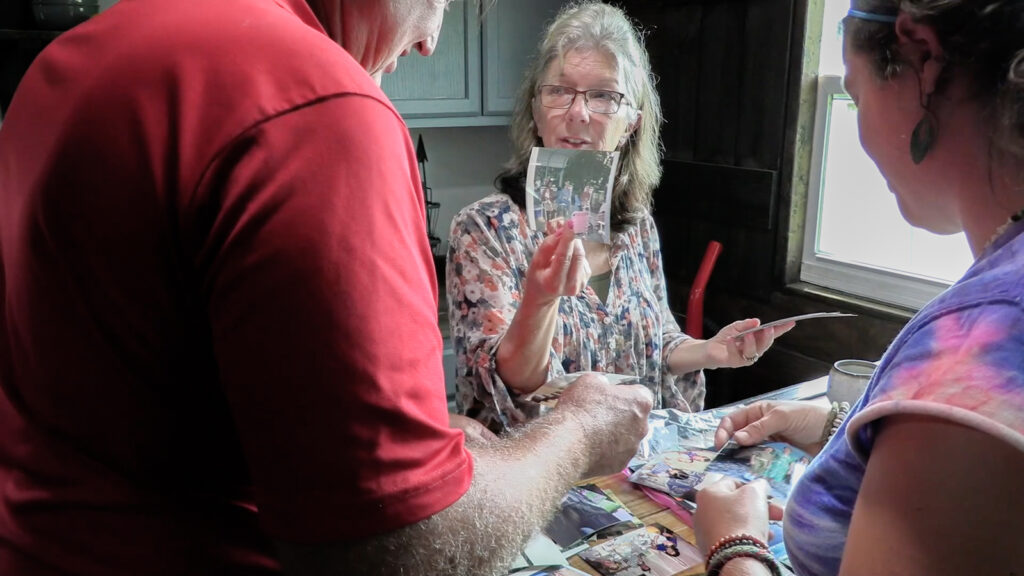