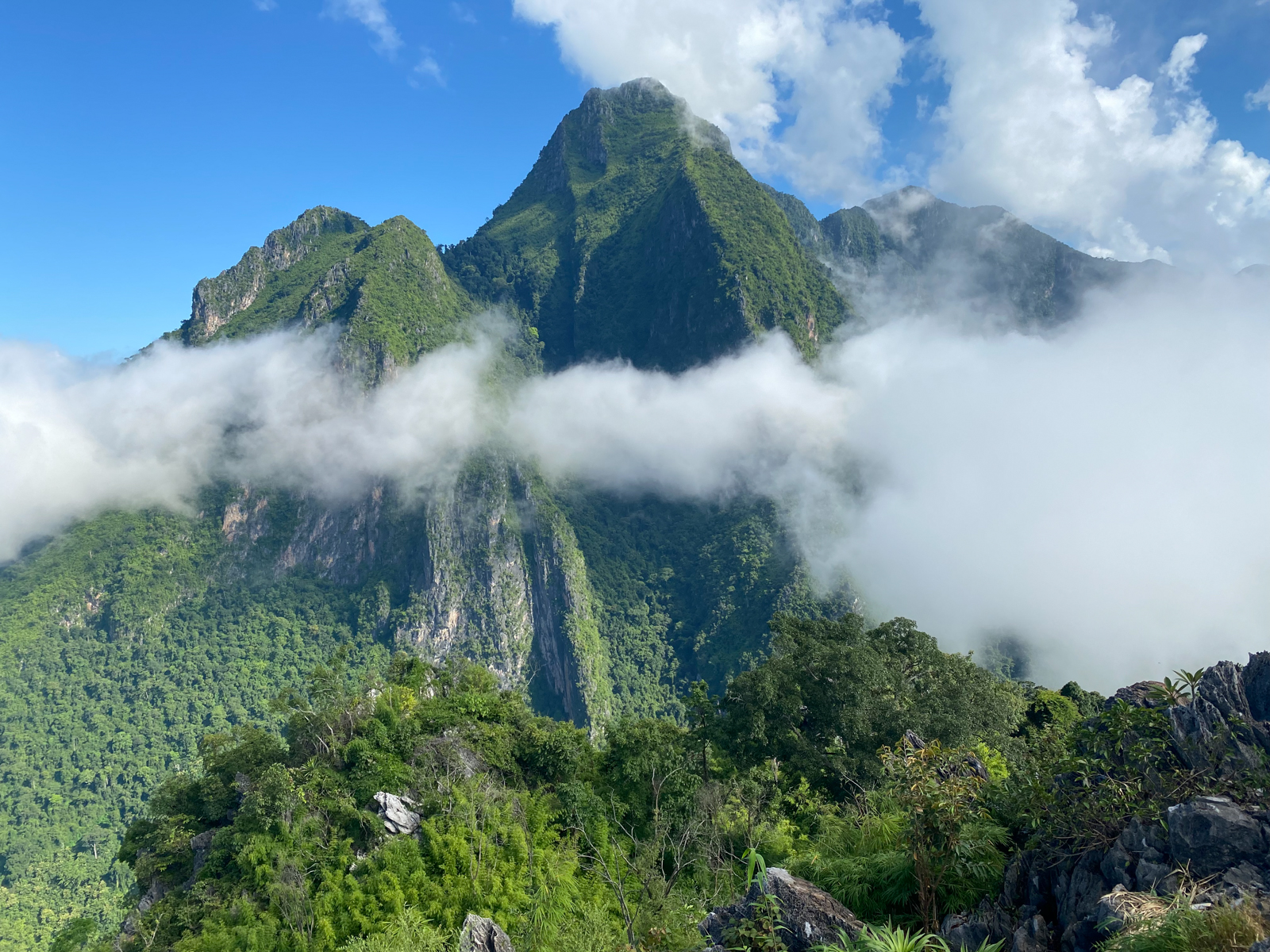 Backpackers flock to Southeast Asia because it’s so affordable.
“…Backpacking in Southeast Asia is very cheap compared to traveling to other parts of the world,” according to the Broke Backpacker website. “You don’t have to count your pennies and hustle at every step of the way in order to enjoy a beer at the end of the day. I’d say this part of the world takes the cake when it comes to budget backpacking.”
Some Thai officials say the country shouldn’t rely on cost alone to lure tourists.
“We cannot let people come to Thailand and say because it’s cheap,” Deputy Prime Minister Anutin Charnvirakul told reporters in Bangkok. “Instead they should say ‘because it works, it’s reasonable’, that’s where we can increase value.”
He said Thailand should follow the example of luxury fashion brand Louis Vuitton.
“Hold your ground. Sell premium. The more expensive, the more customers. Otherwise Louis Vuitton wouldn’t have any sales.”
For now, though, Southeast Asia is a great place for budget travelers. I returned from Laos and Thailand earlier this month. I had no checked luggage – just an Osprey backpack as my carry-on. I planned only a few days ahead and tried not to spend more than $20 per night for lodging.
I decided early on that I didn’t need to see every single sight and attraction. I wanted to take some time to walk through neighborhoods, towns and villages without feeling I needed to rush on to the next spot right away.
By the time the trip was over, I had walked 157 miles or more than five miles per day, according to my iPhone.
I traveled to Bangkok on Korean Air via JFK and Seoul. The ticket was pricey – $1,600 round trip – but it was the cheapest I could find when I booked the flight.
During the 12-plus hours from JFK to Seoul, I sat in economy, near the back of the plane, but legroom wasn’t bad and service was great.
Incheon Airport was impressive – beautiful, modern, spacious. I especially liked the trees.
Below are photos and links to the places where I stayed.

La Locanda, Bangkok – $21. It was around midnight when I arrived. I chose this neighborhood so I could explore Chinatown, where some vendors were taking advantage of a new law allowing the sale of marijuana. I also passed by restaurants offering shark fin.
Lamphu House, Bangkok – $15. Located in Bangkok’s Old Town. It’s touristy, but pedestrian friendly and fun to explore.
Casa Picasso Hotel and Restaurant, Bangkok- $16. Also in Old Town, but I wanted to get out of the city and enjoy nature and so I didn’t stay long.

After Bangkok, I took a Thai Lion flight to Chiang Rai in northern Thailand. Cost: $41.60. I had originally planned to travel overland, but going by plane was so cheap that I couldn’t resist buying a ticket. A bus would have cost about half the price, but takes 11 hours. 12Go is a great site for transportation options.

SuanTung Coffee & Guesthouse, Chiang Rai – $21. Nice and quiet. Oddly, coffee was Nescafe from a packet.
Ban Lom Jen Homestay, Chiang Rai – $20. This place is in the countryside, a 20-minute drive from town. The host was fantastic. I stayed two nights, rented a scooter and explored the area.

Many of the places I stayed offered a free breakfast. The food was amazing – fresh and healthy.

Next I wanted to look around the Golden Triangle region and took a public bus to Mae Sai, on the border with Myanmar. The 3-hour bus ride was agony because I had no legroom, but I eventually got there with my knees relatively intact.

Baan Sabai Maesai Hotel, Mae Sai – $22. The owner is an artist who has painted murals in the neighborhood.
Namkhong Guesthouse and Resort, Chiang Khong – $15. I traveled to Chiang Khong with the idea of crossing into Laos and going overland to Luang Prabang. I decided against it because I wasn’t sure what public transportation options would be available. Laos had just opened up to tourists and not all buses were running. So I returned to Chiang Rai.

Pan Kled Villa Eco Hill Resort, Chiang Rai – $20. A nice, quiet spot. Before leaving town, I saw the Blue Temple and the White Temple. They were amazing – even the bathrooms were special.

Nong Kiau Riverside, Nong Kiauw, Laos – $18. I stayed here three nights. I rode through here on a motorcycle in 2019 but didn’t get the chance to appreciate it, so I made a point to return. It was beautiful, especially from a lookout point above the village.
Zen Residence Laos, Luang Prabang – $22.68. I stayed here two nights. This is an apartment overlooking the Nam Khan River.

My original plan was to take the Chinese bullet train from Luang Prabang to Vientiane, stopping for a night or two in Vang Vien, but the train was sold out when I tried to buy tickets. So I paid $27 for a Lao Skyway flight.

Vientiane Garden Boutique Hotel, Vientiane, Laos – $28.56. I booked three nights in advance, unfortunately. This is probably the only place I wouldn’t choose again. Hotel staff was friendly, but overworked. The hotel was dirty, cluttered with cigarette-filled ashtrays. It was noisy on some nights, and there was a hole in the ceiling of my room.
S2 Modern Boutique Hotel, Vientiane – $33.15. I stayed her two nights. It is a beautiful hotel.

I paid $71.70 for a one-way Air Asia ticket from Vientiane to Bangkok. I paid an additional $30 to choose my seat so I could secure a good spot for my backpack.

Sabai Sabai Liveaboard, Bangkok – $42. I couldn’t resist the opportunity to spend the night on a boat. It was a great experience and the host, a German, was fun and interesting.

Hotel Ordinary Bangkok, Bangkok – $18. I chose this hotel because it’s near the city’s highest building and I wanted to take some photos there. The no-frills hotel was spotless.

I paid a total of $604.96 for lodging for 27 nights. That works out to $22.40 per night.
Food was cheap. Even snacks from convenience stores were affordable with many items costing less than a dollar.
Just about everything I ate was delicious, although I confess that I declined the scorpions on a stick, the fried frogs and the “alien cannabis” that one vendor sold.
Trip highlights for me were: